Flying Colors will be releasing their brand new album ‘Third Degree’ on 4th October via Music Theories Recordings. Third Degree did not come effortlessly, nor too quickly. “It took time — but that’s the thing with Flying Colors,” Portnoy admits. “It’s very hard to get the five of us in the same room at the same time. But once we do, it flows so easily.” You can pre-order it HERE

The second video release is for the song ‘You Are Not Alone’ on which Portnoy comments: “It’s one of the softer songs on the album…a side of Flying Colors that we always try to incorporate on every album…absolutely beautiful melodies, chord progressions and key changes. And Casey’s delivery is just absolutely goosebump worthy!”

Casey adds: “This song is special to me, lyrically it’s coming from the experience we had with the hurricane, and the amazing experience of people helping people, regardless of race or stature. I’m very proud of it!”

The first sessions for Third Degree took place at Steve Morse’s studio in Florida in December 2016, wherein seven songs were written. From there, the band members had to scatter back to their other personal and professional obligations, eventually reconvening two full years later in December 2018.

Portnoy agrees the future of Flying Colors looks quite bright indeed. “Our mission statement when we came together is still the same now,” he affirms. “It’s the same five guys with extremely different musical personalities and backgrounds coming together into a giant melting pot where it all comes out on the other end with music that’s accessible, melodic, deep, and colorful. That’s always been the goal of this band, and so far, I think we’re three for three.”

With Third Degree, Flying Colors continue to fire on all cylinders — and, in the process, they also handily prove the third time’s an unquestionable sonic charm.

Flying Colors have booked nine live dates on their calendar, mostly split evenly between the U.S. and Europe — in essence, to perform as many shows for their fans as they can possibly fit in between their many other band and touring commitments. “There’s an evolution happening within our sound on this record, and I’m excited to explore that onstage,” McPherson notes. “We’ve seen that evolution start with this record, and we’re going to see it happen even more so on the fourth record, in terms of capturing all our beautiful differences.” 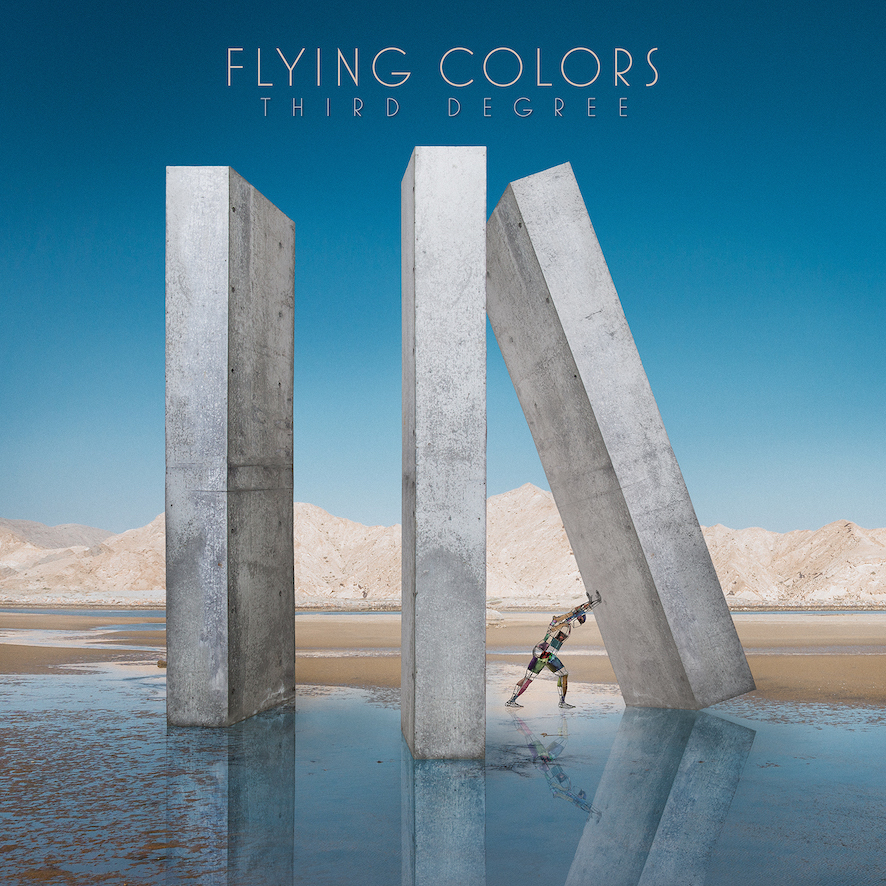 7. You Are Not Alone

3. You Are Not Alone (Alternate Instrumental Arrangement & Mix)

check out the Official Video for ‘More