The 1980s San Francisco Bay Area scene was a seismic moment in the world of metal and part of that moment was Heathen. The band return January 31 with the 10th Anniversary remastered reissue of ‘The Evolution of Chaos’ via Mascot Records. The release will be available on CD/DVD, 2LP and digitally with a previously unreleased bonus track ‘Seasons of Purgatory’. The CD/DVD will be accompanied by a 2 hour ‘Making of’ documentary on the album as well as a live performance from 2009s Thrash Domination, Japan.

When the album was originally released back in January 2010 it was the band’s first album of new material in 18 years and saw them ride a wave of the resurgent Thrash scene. The line-up consisted of vocalist David White, guitarist Lee Altus, guitarist Kragen Lum, bassist Jon Torres, and percussionist Darren Minter. The album also featured performances from a number of members of Exodus.

Altus had originally formed the band in 1984 and they released two studio albums, ‘Breaking The Silence’ (1987) and ‘Victims of Deception’ (1991). Driven by the riffs and harmonic structure provided by Altus and the memorable vocals of David White, the ‘Breaking the Silence’ album showcased Heathen’s signature sound, mixing aggression and melody. For ‘Victims of Deception’ they signed to Roadrunner Records and it further established Heathen’s unique identity in the thrash scene with more complex arrangements.

They were building a formidable live reputation in the US and toured Europe with contemporaries such as Sepultura and Sacred Reich and then an unexpected hiatus followed as grunge exploded. Altus was invited to join the German industrial metal band Die Krupps and, later, thrash pioneers Exodus.

“I was sorta hiding out in industrial land,” remembers Altus. “I joined Die Krupps. It was more up my alley because grunge wasn’t my thing. I couldn’t do thrash metal because no one wanted to listen to it. At that time industrial was the heavy music, I liked the heavy aggressive edge to it and I stayed there for like 8-9 years I think. I was hiding out whilst grunge would blow over.”

Talking about the time White says; “Lee came back and we toyed with the idea of trying to do something with Heathen. Metal still had not recovered from its death by grunge. Then I think it was 2000 when we were asked to reform for the Thrash of the Titans benefit concert. It was an incredible night and an amazing feat for everybody to pull together.”

Thrash of the Titans was a benefit concert held in California for Testament’s Chuck Billy and Chuck Schuldiner of Death, who were both battling cancer. The concert featured Heathen, Death Angel, Vio-lence, Forbidden Evil and Exodus as well as appearances from Anthrax, S.O.D. and Sadus. “All of a sudden Wacken called and we hadn’t heard from them in a decade,” says Altus. ”It had come full circle and a lot of bands were reuniting”

‘The Evolution of Chaos’ idea all started with that Wacken show in 2002. It was supposed to be a one off, but then Altus mentioned to White he had a lot of songs, some finished, some not and that maybe it’s time to reunite and do an album. White, Altus and Torres were all on board, they just needed a guitarist.

After Heathen went on hiatus, White auditioned for guitarist Kragen Lum (Psychosis/Prototype) and although it didn’t work out he remembered the LA guitarist when Heathen reformed.

Remembering that period Altus says; “The first time I met Kragen I almost didn’t meet Kragen. We kept auditioning all these guitar players and at that time, you’d get a really good shredder but you give them rhythm and they can’t play a note. Then it would be the other way around. It got frustrating and I remember Dave saying, I’m gonna bring this guy from LA, who is a big Heathen fan and wants to come into audition. I was like, great, a guy from LA, so for sure he can’t play rhythms and probably looks like a poser. I wasn’t going to go. But I did show up and I’m so glad I did. To my surprise this guy comes in and starts playing and I was like, this is amazing.”

“He just knocked it out of the park. Everybody knew that this was the guy,” White says with a smile.

The album was released to great reviews and the band took on their biggest tour to date, including shows at Rock Hard festival in Germany as support to UFO and Thrash Domination in Japan with Testament, Exodus, and Kreator. The latter makes it on to the special bonus DVD and shows the band in their element and in full flow at Club Citta in Kawasaki.

As we sit in 2020 on the reissue of this great album, one missing part of the Heathen puzzle is bassist Jon Torres, who sadly passed away of a heart failure in 2013 at only 50 years old. Talking about him, Lum says, “he was such a great guy, and we really miss him. He embodied everything that you hear about from the Bay Area scene.  He was always willing to lend a hand or piece of equipment to help people out.”

Remembering him White goes on to say; “I knew Jon since I was 21/22 and I miss him a lot, he was a very talented guy. He was an electrician and when I moved into my house, he did a lot of work for me. So, every time I look at certain things he did, it reminds me of him. I miss him dearly,” with Altus adding, “he just loved music; making it, creating it, playing it, you name it. No matter how bad things got, he was always upbeat and positive.”

To mark the 10 Year Anniversary edition, the album was remastered, and an unreleased bonus track has been added. This bonus track, ‘Seasons of Purgatory’, was written by Torres. Talking about the addition, Lum says, “For the reissue there was the chance to add something to it, to do something to improve it and to give fans something new. We recorded this extra track which Jon called ‘Seasons in Purgatory’ and it ended up not really getting completed because we couldn’t find the right vocal melody.  Going back we were able to complete it and add it to the album as it should be.  Listening to it, it really sounds like an instrumental so that’s how we’re going present it. We’re stoked to have it on the record.”

Having had space since the album’s original release, Altus reflects on his favourite moment on it. “’A Hero’s Welcome’ is a really special song to me. I always wanted to write a song differently and lyrically. I’ve always had a soft spot for our military. Some people took it like it doesn’t sound like Heathen. If that’s what you’re saying I think you’ve missed the whole point of Heathen. We wanted to be a thrash metal band that has no boundaries. Thrash metal when it started was to break any rules, you can do whatever the hell you want. I’ve heard from younger kids that thrash should be this or that. I’m like, well show me the rules on that, who wrote the rules? It’s not like we had a meeting and decided here’s how thrash metal is going to sound. We just did it, there was no rules, and we were doing something different. That’s what attracted me to it” 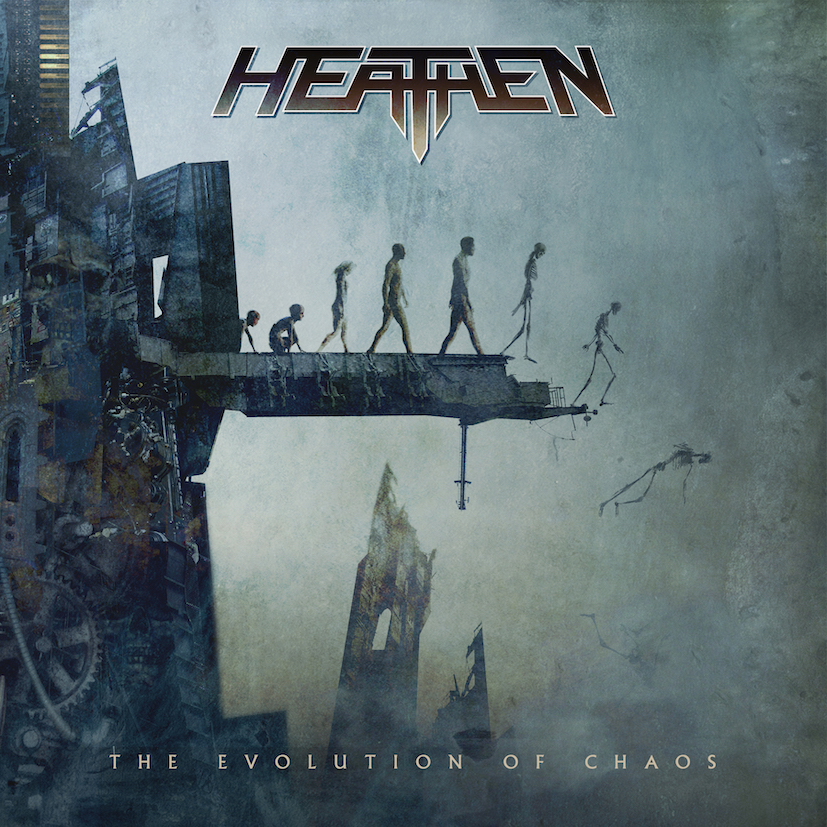