20th February 2019 0 By John Deaux
D Simo is a Nashville-based guitarist and vocalist who wants his listeners to know that what matters
to him first and foremost is that music should be honest. He offers this in spades on his debut solo
album, ‘Off At 11’, a psychedelic, free-flowing, dynamic kaleidoscope of sound, energy and vibe that
incorporates elements of Acid rock, traditional blues, folk, soul and free form jazz around JD’s
improvisational skills.
With influences as diverse as the Jimi Hendrix Experience, Captain Beefheart, Miles Davis and the
Allman Brothers, to blues guitarists such as Lightnin’ Hopkins and BB King, this young artist is
taking the listener on a musical journey using LOVE as the guideposts. JD explains: “There is an
underlying theme of love that permeates the album, outward love but also inner and self love.
Everything is so heavy these days, but I just want to point out some joy, love and deep passion;
in this world, we all share that spirit.”
The recording of the electric tour de force that is ‘Off At 11’ took place over a three day period in
the summer of 2018 during a brief break in touring that included JD’s first shows as a newly
cultivated member of [Grateful Dead bassist] Phil Lesh and Friends. Showing off not only his
guitar and vocal abilities, but also the incredible rhythm section of drummer Adam Abrashoff and
bassist Luke Easterling, the eight musically dense songs that make up the album were laid down
with no edits and no other studio trickery. “Just honesty and a tape machine” says JD, who
co-produced the record with Michael Caplan.
One can almost touch the ghosts of various brilliant, wounded masters of the blues who have
shaped and guided JD’s own art and craft. “There isn’t a single way to express the blues, thank
God,” he chuckles. “You can be joyful or plaintive, all in the same song. And there are always two
sides of me when I play, because I’m eternally obsessed with both. There’s my love for obscure
black music from the Forties and Fifties, and how I choose to relate to them. There’s also my
trippy, psychedelic side, the possibilities that the Dead and the Allmans present, or where John
McLaughlin points me on Bitches Brew.” Elaborating, he states: “The blues, it’s grown folks music.
The blues is not for kids. Blues to me, it’s an art form. It’s not supposed to be flashy. And that fools
a lot of people.”
JD previously fronted the psychedelic soul group SIMO and gained a solid following from touring
with acts such as Blackberry Smoke, The Gregg Allman band, Warren Haynes, Tommy Emmanuel
and more. The band released two albums for the Mascot Label Group that received praise from US
publications such as No Depression, Rolling Stone and various specialist guitar magazines.
“The experience with SIMO set the stage and pushed me forward to record ‘Off At 11’. I loved the
process, the playing and the struggle to make this record a reality. I hope everyone feels the love,”
he concludes.
UK tour March 2019
07.03.19  PERTH Perth Concert Hall
09.03.19  COVENTRY Warwick Arts Centre
10.03.19  SHREWSBURY Theatre Severn
11.03.19  SALISBURY City Hall
20.03.19  LONDON Royal Festival Hall
21.03.19  SHEFFIELD City Hall Ballroom
22.03.19  MANCHESTER RNCM Concert Hall
24.03.19  CAMBRIDGE Corn Exchange
all dates with Tommy Emmanuel 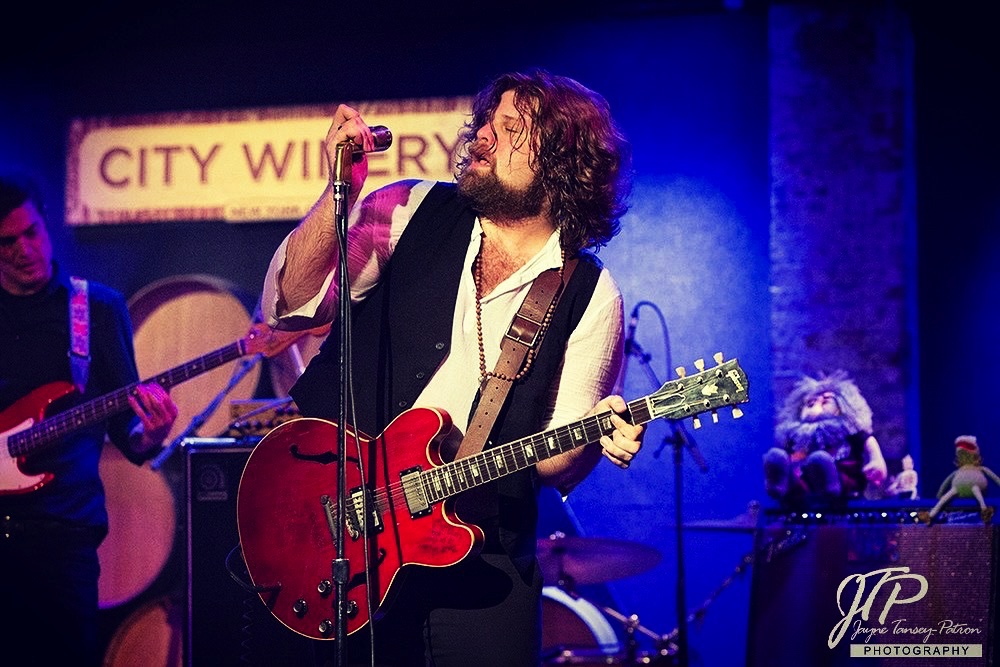