“Goes back and forth between riffy ’70s hard rock and the more mind-bending psych-pop sounds of the ’60s. It’s not hard to picture this being recorded in 1970 – like a lot of that year’s rock records, you can feel the hangover of ’60s hippie culture coming on but the sounds of the summer of love aren’t completely gone yet.” — Brooklyn Vegan

RidingEasy Records proudly presents the first ever release of the lone album recorded in 1970 by Indiana psych-rock band ICE, which was never issued in any form until now. The first single “Run To Me” is available to hear and share.


As RidingEasy Records’ highly successful Brown Acid series (now at 10 volumes and counting) proves, there is a massive amount of incredible heavy psych and proto-metal music that has been lost to the sands of time. Case in point, the astoundingly great 50-year-old album The Ice Age by Indianapolis quintet ICE was never even released upon its completion.

In 1970, the band recorded 10 original songs at 8-Track Studios in Chicago, only to break up shortly thereafter. Two of the tracks were eventually released as a 45 in 1972, but confusingly under a different band name, Zukus! The A-side of that single was featured on Brown Acid: The Ninth Trip, which led RidingEasy Records to discover when licensing the track that an entire album had been languishing in obscurity all of this time. The 2-inch master tapes had been shelved and forgotten until recently when The Ice Age tracks were converted to digital and remixed, preserving the sounds of the original vocals & instruments. Finally, half a century later, this 10-song album of radio-ready rock will finally see light of day.

The Ice Age is an exceptional archive of hard edged rock with serious pop hooks akin to something like Grand Funk Railroad meets The Guess Who and The Move. It rocks hard, but is also interlaced with glorious melodic hooks. Had fate been less fickle, this album would’ve long been a classic rock radio staple.

Album opener “Gypsy” is a chiming Byrds-like rocker, with glistening 12-string guitar, organ and somewhat over-zealous vibra-slap. “Satisfy” and “3 O’Clock In The Morning” nicely pair up as the most pop friendly tunes, but with very clever melodies and structures sounding ahead of their time, the latter with an extended entrancing and droning refrain led by shimmering organ run through a Leslie speaker. “Running High” and “Catch You” were the two tracks released in ’72 under a different band name, which received considerable local radio airplay. And, for good reason: Their nice balance of wayward psychedelic pop and troglodyte thunder is exactly what makes The Ice Age so captivating. Album closer “Song of The East” shares the growling glissando and orchestral style that made Vanilla Fudge and The Moody Blues household names.

In the late 1960’s five young men formed a rock & roll band on the west side of Indianapolis, Indiana. They chose the coolest name possible: ICE. The group consisted of vocalist/keyboardist Barry Crawford, lead vocalist/ bassist Jim Lee, drummer Mike Saligoe, lead guitarist John Schaffer and rhythm guitarist/vocalist Richard Strange. They was among the first bands to perform an all original set throughout the Midwest at high schools, colleges & concert venues. They opened for national acts like Three Dog Night, SRC, Kenny Rogers & the First Edition, The Nitty Gritty Dirt Band and others in arenas and theaters.

The Ice Age is truly an incredible and unprecedented find, particularly when we’d all thought the glorious history of rock’n’roll had long ago been written and sealed as complete.

The Ice Age will be available on LP, CD and download on May 15th, 2020 via RidingEasy Records. 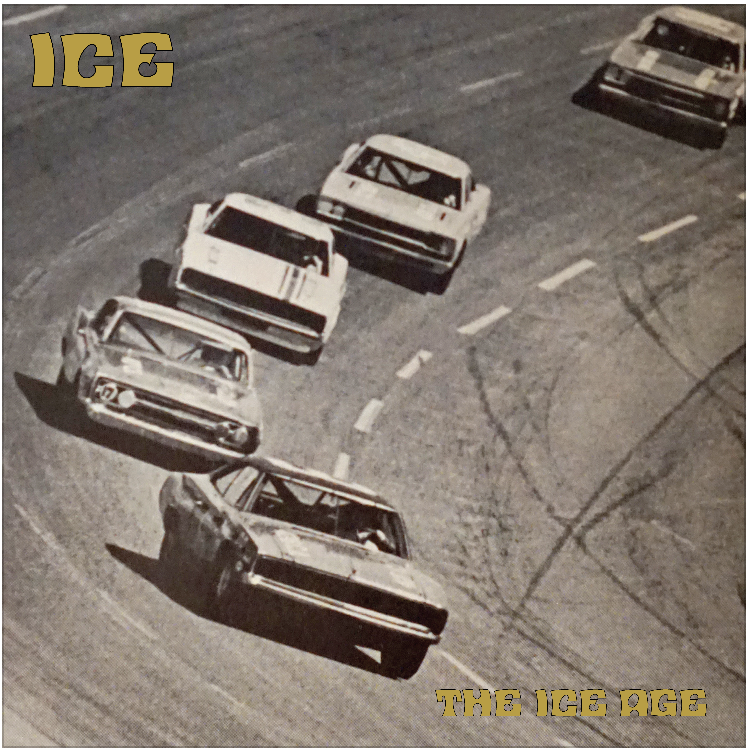