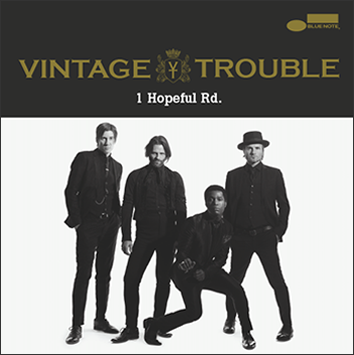 1 Hopeful Rd. – Vintage Trouble’s first album for Blue Note Records – will be released on August 14th. The album pre-order is underway now at http://vintagetrouble.lnk.to/HihG4. Fans who pre-order 1 Hopeful Rd. digitally will instantly receive the album opener “Run Like The River,” a rhythm and blues stomper.

1 Hopeful Rd. also includes the deep soul ballad “Another Man’s Words,” “Angel City, California,” a stomping, joyous ode to Vintage Trouble’s hometown of Los Angeles, and “Doin’ What You Were Doin’,” which demonstrates the band’s gift for penning startlingly honest songs about matters of the heart. It was produced by GRAMMY®-winning producer Don Was, who is President of Blue Note Records, the band’s U.S. label. See below for the full track listing.

The band is currently touring Europe with AC/DC. Tapped for the first 14 dates of the legendary Australian band’s Rock Or Bust stadium tour, Vintage Trouble will play for nearly one million people during the run. The band will also be playing many high-profile festivals this summer, beginning with British Summer Time in London’s Hyde Park on June 26. See below for itinerary. Vintage Trouble recently wrapped up its spring UK tour, which included numerous sold-out headline shows and a stop at London’s O2 Arena, where the band opened for Paloma Faith.

Following the release of its debut album, The Bomb Shelter Sessions, the band was soon selling out headline shows worldwide, opening for The Rolling Stones and touring with The Who, and performing on shows like “Later…with Jools Holland,” “Late Show with David Letterman,” “The Tonight Show with Jay Leno,” “Conan” and “Jimmy Kimmel Live”– all before Vintage Trouble had even signed to a major label. 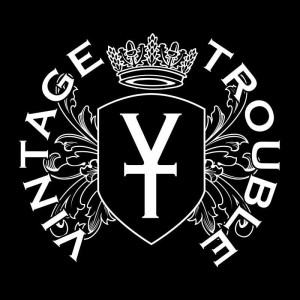