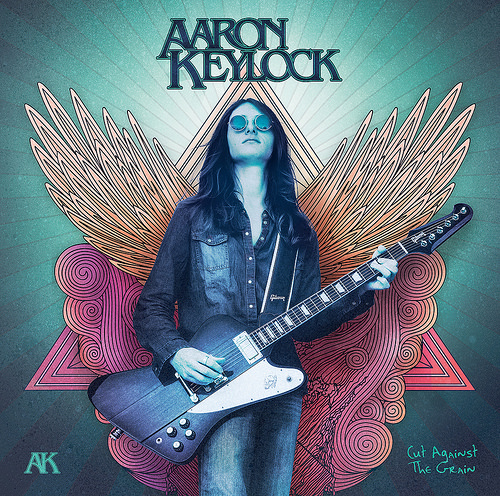 With the sad demise of Gary Moore there’s room for a new guitar master & it looks like Aaron Keylock is the guy to fill it.

At just 19, Aaron releases his debut album through Provogue 20th January 2017 & this kid is amazing. It’s actually really hard to believe that this is the work of a teenager. It’s an incredible album.

Whilst most teenagers are going out, getting drunk & catching all manner of STDs, Aaron sounds like he’s been locked in his bedroom, soaking up Walter Trout, Buddy Guy, BB King along with Stevie Ray Vaughan & Mark Knopfler (Dire Straits) like a sponge. Keylock plays with the passion & experience of a gentleman way beyond his years. He’s certainly one with his instrument.

The record is full of tracks that will slip into your subconscious like a heavily lubed penguin. Especially the title track.

There’s plenty of subtle nods to different genres, including a bit of prog in the guise of the track Down which has 3 different time signatures.

Medicine Man is the highlight track for myself. Kicks like a mule & the harmonica just tops off the highly emotive guitar solo. It’s a monster of a track.

This album should be the catalyst for him to have a long career.

A worthy purchase to start the year off.
Reader album rating: [ratings]