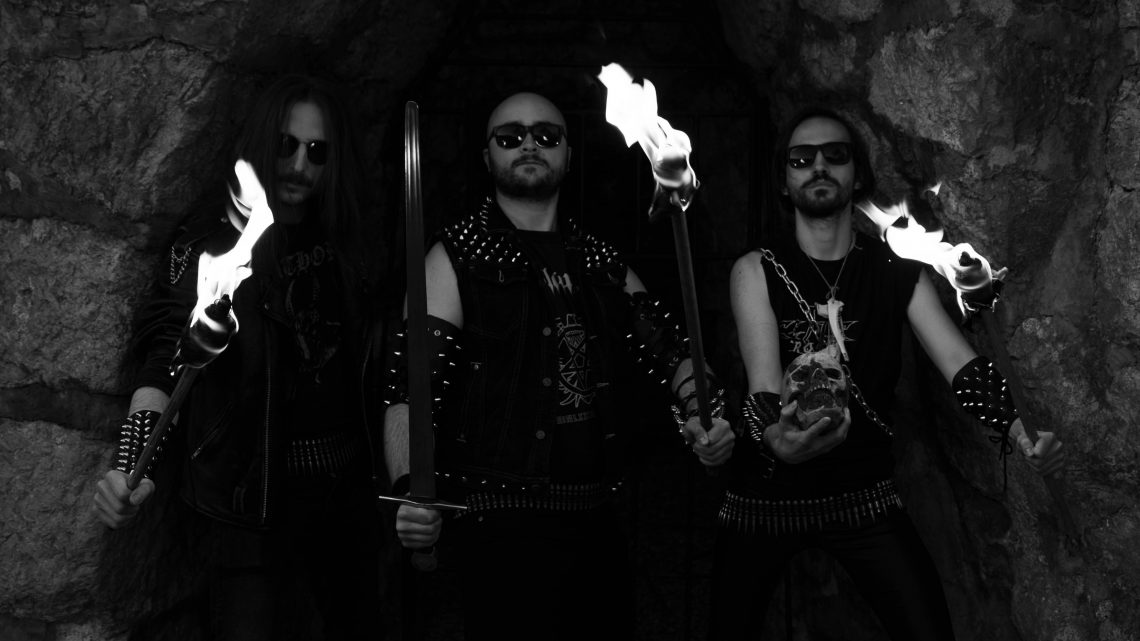 Time for the debut HELLSWORD album is drawing closer and today a new song from “Cold Is The Grave” gets unleashed. “Chains Of Mortality” captures perfectly the spirit of the Slovenian trio: it’s raw, it’s heavy and it summons the spirit of the greatest bands of all time: Hellhammer, Venom and Bulldozer!

Slovenia’s answer to the first wave of black metal, Hellsword’s goal has always been to exhume the most ancient blackened speed metal out of the crypt it had been unrightfully interred into. Formed in 2009, the band has developed a cult following after the release of their demo ”Blasphemy Unchained”.

Drawing influence from early black metal pioneers such as Venom, Bathory, and Hellhammer as well as newer bands like Destroyer 666 and Nifelheim with an added touch of heavy metal, the trio comprised of Mark Massakre, Mike Manslaughter, and Ironfist now returns with their first full-length album, “Cold Is The Grave” to be released in September via Emanzipation Productions. It builds upon the band’s previous work with nine tracks ranging from face-melting speed to slower paces and dealing with topics such as devil worship, the end of the world, death, desolation, mortality, and the absurdity of human existence.

Ever since its formation, the trio has been dedicating themselves to the pursuit of bringing back the sound, feel, and atmosphere of the first wave of black metal. The band has, besides the now cult demo “Blasphemy Unchained” also released the “Sounding the Seventh Bell” EP and has played numerous shows both in Slovenia and abroad.

“Cold Is The Grave” will be released in digital, LP, and CD formats by Emanzipation Productions on 24th September 2021.