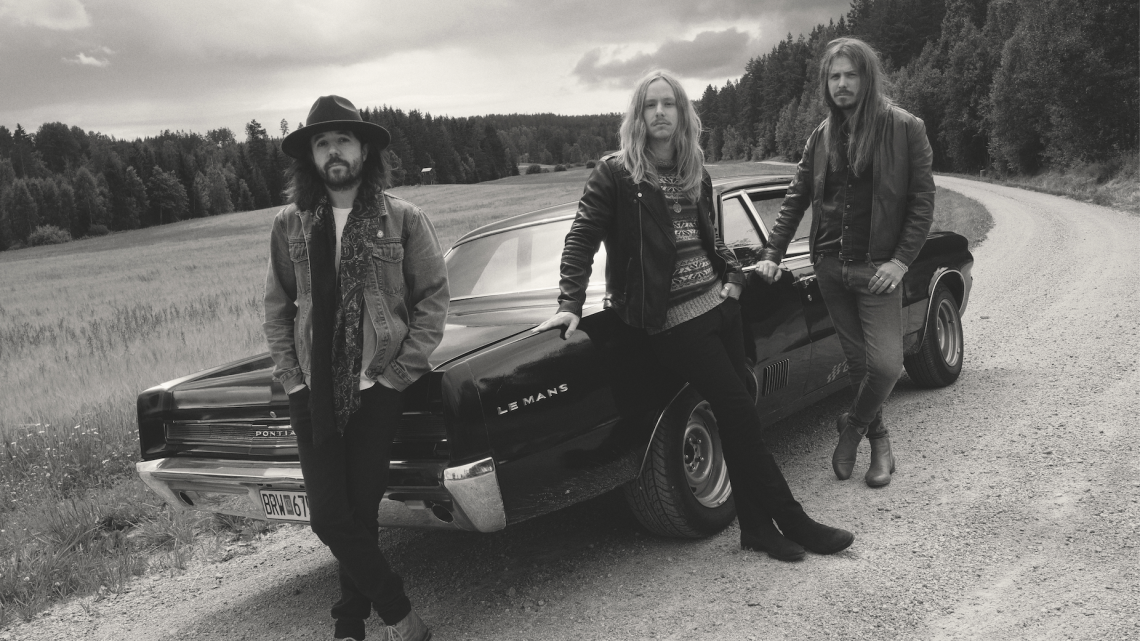 Stew is set to release their second full-length album, entitled “Taste”, on UPRISING!
Records. The band has spent most part of 2020 recording and writing the songs.
According to the members themselves they have put more time in to get every detail
in the songwriting as well as the producing and studio recording just right. With this
album, Stew is ready to take on the world with their retro hard rock.

Hailing from Örebro, Sweden, Stew began jamming together in late 2017. The band is
taking their inspiration from the bluesy, hard-rocking bands of the 70s where it was all
about making unpretentious music. The tight power rocking trio just loves to express
their emotions through the amps, drums, and microphones.

On vocals and bass, there’s Markus Åsland, with his big soulful voice and strong
melodies. On vibrant and expressive guitar is Nicklas Jansson, and on groovy tasteful
drums Nicklas Dahlgren.

Shortly after self-releasing their first EP “Hot” they were contacted by Classic Rock
Magazine that selected the track “Might Be Keeping You” to the Best Of The Year- issue.
The EP got a lot of good attention from all around the world.
In October 2019 Stew released their full-length debut album on Ripple Music (US). In
early 2020 the band did a well-received German tour and had a second one planned
for summer 2020. But it was cancelled because of the coronavirus.

Now, as the world reopens, Stew release the album in the right timing to go outside and show their glorious
take on classic riffing rock’n’roll.

The Howling Tides announce the release of their new single ‘White Crow’: Now Available for Pre-order