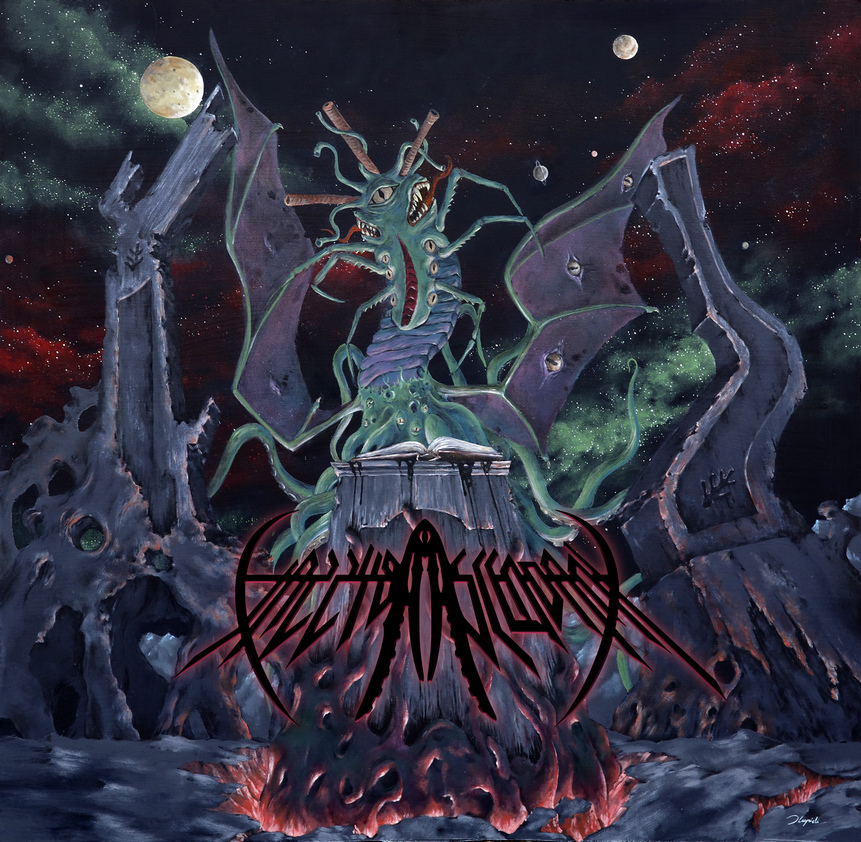 I’m a massive fan of Abyssal Ascendant.  I reviewed their debut EP, the excellent “Unleashing the Outer Plagues” last year, and I’ve been eagerly awaiting the release of this, their debut album ever since I first heard about it.

And man, was this worth the wait !

First track ‘Intro : Celephaïs Chant‘ is an incredibly haunting and eerie instrumental piece that sets things up nicely and welcomes you into the sanity destroying Lovecraftian Mythos…

… and then second track, ‘The Nameless Shape’ kicks in and everything shifts up 666 gears with a pulverising death metal attack that is aggressive, relentless, and perfectly nasty and dark.  It’s old school death metal with a twist, and the end result is fantastic.

The rest of the album continues in the same vein, with crushing death metal that isn’t afraid to experiment.  The album has a definite sound of it’s own, but Abyssal Ascendant are a talented bunch and they’ve made sure that each track is unique enough that the album avoids sounding samey.  And the sparing subtle use of keyboards and chilling soundscapes in a couple of the tracks tops things off nicely and adds another level to the music.

But don’t let the mention of soundscapes put you off – this is a death metal album first and foremost.  In fact, in places this album is so goddamn brutal that it’s *almost* an unpleasant listening experience.  But then that’s kind of the point.  H.P. Lovecraft’s tales of the Ancient Ones were full of dread and desperation and indescribable horrors, and this full on death metal does an amazing job of creating audio imagery of the nightmares beyond time and space.

This is an outstanding album of brutal Lovecraft inspired death metal, and if you’re a fan of creative death metal, early Morbid Angel, Cannibal Corpse or Nile then this album is definitely worth checking out !! 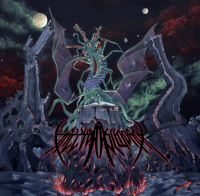 01  Intro : Celephaïs Chant
02  The Nameless Shape
03  Interdimensional Predation II
04  Disrupted Incarnation
05  Teared up in Cosmorphosis
06  The Black Pharaoh
07  The Prowling of Rlim Shaikorth
08  Temple of the Thousand
09  I, Progeny of the Lurker
10  The Gift of Shub-Niggurath