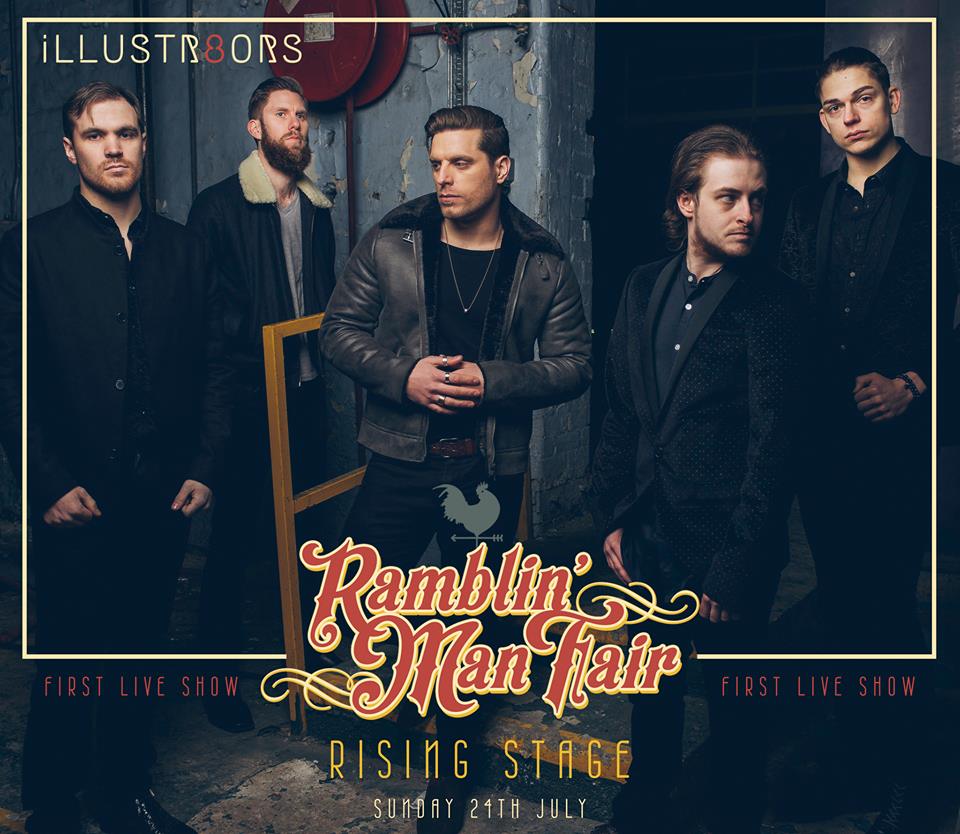 “In one breath illustr8ors is a metamorphosis and a stubborn stride towards a place where the core components of rock’n’roll exist in a relative and contemporary time. In another breath illustr8ors is just a contemporary rock band giving a fuck about what it means to be alive in music now. Not yesterday, not tomorrow, but right now”
. First live show at Ramblin Man Fair, Sunday 24th July 2016

. Produced by Toby Jepson (The Virginmarys)

Featuring four white hot songs, this forthcoming ep is sharp, drenched in groove, ladened with hooks and melody, whilst intelligent and a straight to the point collection of music. No messing about, no gimmicks…this is what rock music sounds like right NOW.

illustr8ors is a different animal to BlackWolf. Whilst the band line up remains the same; this young five piece from Bristol, UK have been on a musical journey of discovery, both as a band and as individuals. Simply put, this is illustr8ors.

In their previous guise illustr8ors scored tours and supports with the likes of The Temperance Movement, Winger, Blues Pills, Von Hertzen Brothers and The Answer to name a few; a nomination for Classic Rock Magazine’s ‘Best New Band’ roll of honour award, numerous playlist slots on major rock radio stations and a debut headline tour endorsed by Planet Rock Radio. However, it was time for a change. A time for a more decisive stride towards a definitive and individual sonic identity. A rebirth. That’s when illustr8ors were born.

From the initial coffee shop conversations between new producer Toby Jepson (The Virginmarys) and frontman/singer Scott Sharp, right the way through to the numerous days of recording in the studio, the aim was simple. The band was in search of a new voice, one they could call their own and one that had something relevant and relative to say.

It didn’t take long before band and producer were shedding away the fat and cutting at the bare bones of what this band were: A slick, riff loving, funked-up (slightly off-centered) melting pot of sas-mouthed rock’n’roll. Growth came quickly and the new songs came out swinging. From the immediate soaring hooks of ‘Your Animal’ to the foot-shuffling, popadelic declaration of identity that is ‘Shush Shush’, the excitement between band and producer was tangible. The end result is a selection of songs that tell the story of a unique band striding confidently forward into a contemporary music world, whilst not forgetting what it was about rock’n’roll that set their hearts alight in the first place. No throw back gimmicks. No bullshit. Just rock music as this band hears it today.