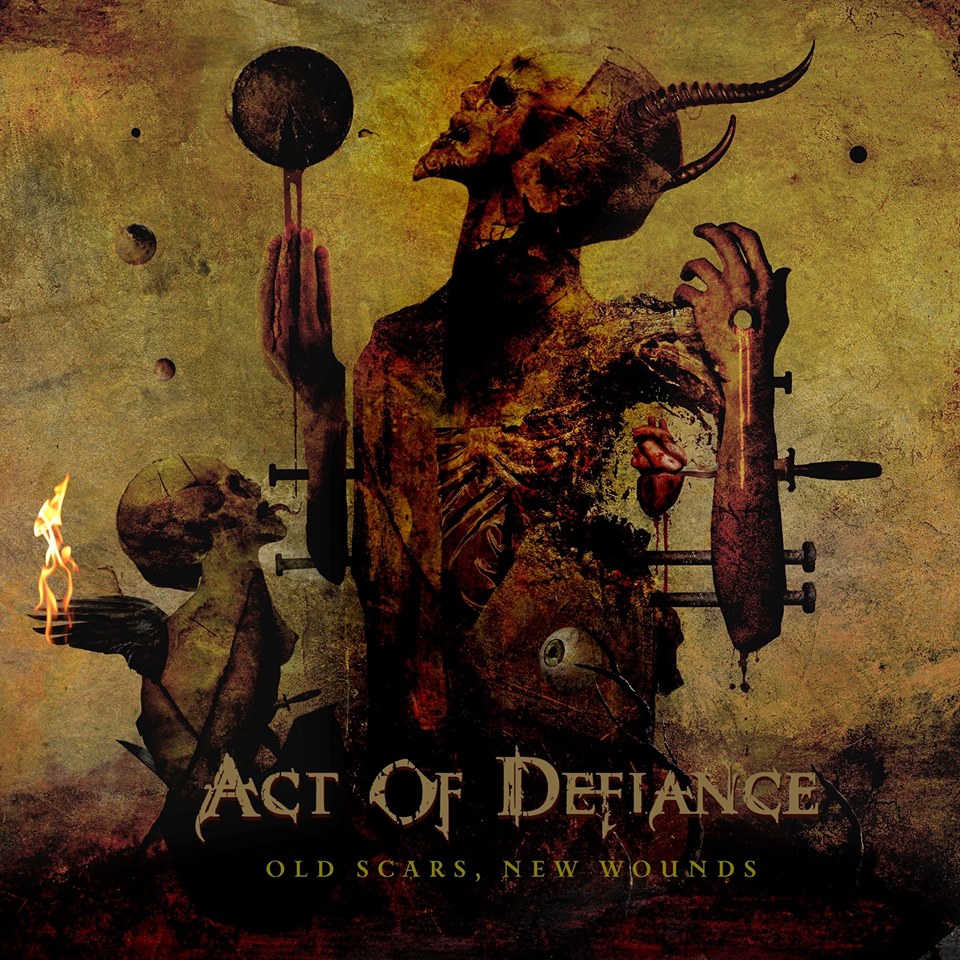 Now they can announce their first ever run of UK shows kicking off in London on July 27, 2018.

Chris Broderick comments: “Act Of Defiance is extremely excited to be going to the UK and Europe for the first time on our new CD “Old Scars, New Wounds”!!! “What an honor it is to play a festival like Bloodstock that represents what metal music is all about, we are going to have a killer time for sure and hope to see you there”!

And Shawn Drover: “FINALLY!!!! Act Of Defiance will be headed over to the U.K. this July/August and we could not be happier to do so!!!! We look forward to seeing you all there for an evening of 100% pure HEAVY METAL!!!” 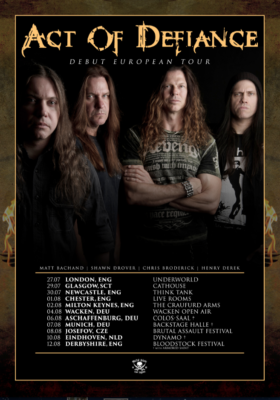 After heading to the continent for festival appearances they end their Summer run with an appearance at Bloodstock 2018 which takes place at Catton Hall, Derbyshire between August 9th and 12th. They’ll join Judas Priest, Gojira, Nightwish, Kamelot, Mr. Big, Suicidal Tendencies and many more. For line up info and tickets: http://www.bloodstock.uk.com/

On Old Scars, New Wounds, Act Of Defiance has upped the ante. Each of the 11 new tracks sound fresh and urgent while wielding a timeless quality that will connect powerfully with metal fans new and old – and there aren’t many contemporary bands who can make such a claim. Naturally blending a plethora of metallic styles and never recycling ideas, Old Scars, New Wounds is an even more dynamic and diverse collection than its predecessor. The title – plucked from the blistering track “Conspiracy Of The Gods” – stands as a metaphor for life in general, and the breadth of lyrical matter covered is as broad as the styles of heavy music found on the record.