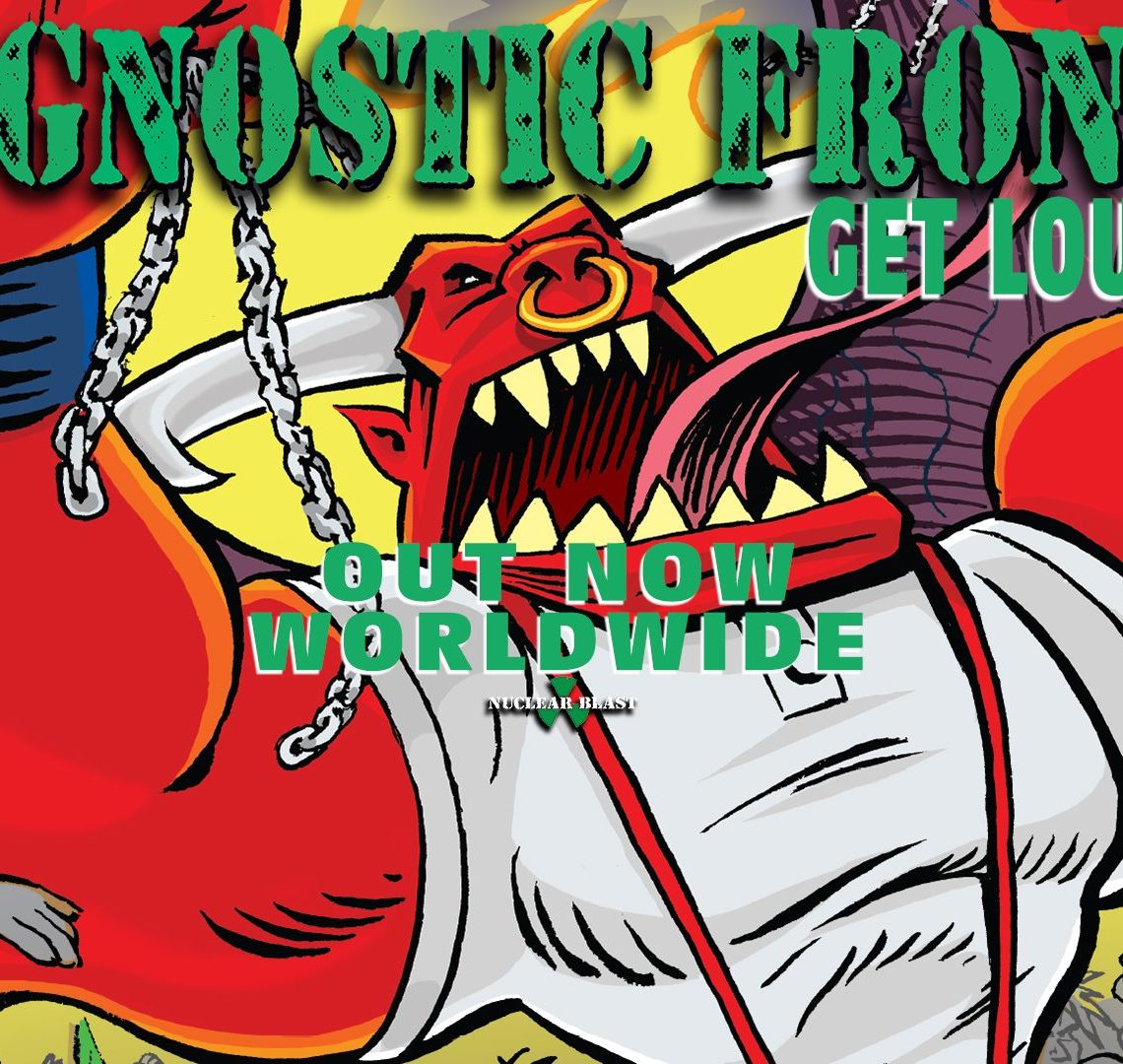 The godfathers of NYHC Agnostic Front are back with their 12th studio album and are here to spread their views on the current social and political situations in the world. Many would expect men of Roger’s and Stigma’s age to be looking at hanging up their boots and looking at calming down and relaxing. However Roger, Stigma and Agnostic Front show no signs of relaxing and letting up and are here to deliver a huge slab of New York hardcore to show everyone they are still here and are the undisputed godfathers and to obliterate any challenges to their title of undisputed Kings of NYHC (if any were ever so brave!).

“Get Loud” starts off with the old school hardcore, reminiscent of earlier records, ‘Spray Painted Walls’ starts off with angst in the air lowly brewing before erupting into a (circle) pit of anger and fury, with the guitar work brutally pulverizing you while Roger’s vocals are as distinctive as ever and are the outlet for the social collective. Then ‘Anti-Social’ is 60 seconds or unrelenting rage and frenzy. The ferocity of the pummeling from drummer Pokey Mo is the driving force behind the songs on “Get Loud”, but is more telling on ‘Dead Silence’ and ‘Snitches Get Stitches’ where its like he is beating his drums like he’s trying to get what’s owed to him. The main driving force is hardcore, yet Agnostic Front add to this sound.

For example ‘Conquer and Divide’ has a more punk influence and is more reminiscent of “Something Gotta Give” era, while ‘Dead Silence’ owes more to the thrashy era of “United In Blood”. The closest we get to a reprieve from the assault is on the track ‘I Remember’ where Roger and Stigma share memories and stories from over 35+ years together as Agnostic Front yet the song still doesn’t relent on the punishment, it just eases up for awhile and lets all parties gather a collective breathe.

On “Get Loud” Agnostic Front have pulled influences from all their previous releases and then from the current hardcore scene to create a heavy, brutal slab of hardcore. This is Agnostic Front knowing what they do best, crafting incredible riffs, brutal yet catchy songs and lyrics that the majority can relate to.

If you’ve never liked any of Agnostic Front previous records then you aren’t going to like this record, it won’t change your opinion of them. However I don’t think they really give a fuck, they’ve set out to prove that they are still undisputed godfathers and can still be relevant and add to the scene.

They aren’t content with sitting back and living on former glories, they are here to prove that they will keep adding to their legacy and will always be relevant to the scene. As they say this is a way of life…

Side Note – if you haven’t checked out “The Godfathers of Hardcore” documentary then get on it ASAP as it is well worth a watch.
SCORE – 9  /10 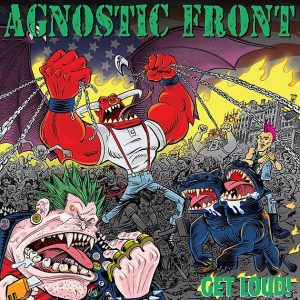