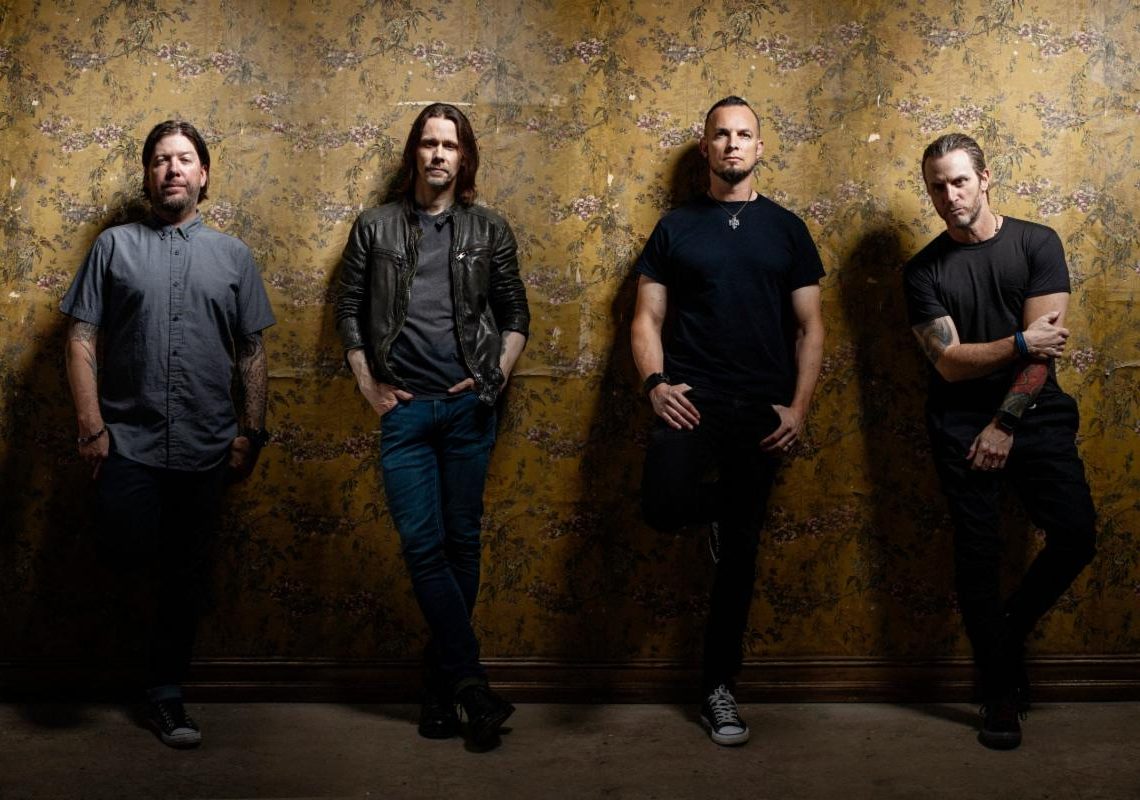 As a new decade gets underway and New Year’s resolutions are made and broken, Alter Bridge are back with a new single and video for the song “Godspeed.” The song has become a fast favourite amongst fans and critics alike. Written in memory of a friend of the band who passed away, “Godspeed” is an uplifting musical memorial for anyone who has lost someone.

On the heels of their first career #1 on the Top Current Albums Chart in the US and guitarist Mark Tremonti being voted Guitarist of the Decade by Guitar World magazine, Alter Bridge are getting ready to kick off the first leg of their Walk The Sky Tour 2020 this month. The band will kick off in Lake Charles, LA at the Golden Nugget Casino on January 31 before jumping on board Shiprocked as co-headliner alongside Halestorm. Back on land, the band will be making stops in Nashville, TN; Indianapolis, IN; Milwaukee, Wi; and Los Angeles, CA among others before wrapping up on February 27 in Spokane, WA. This leg will be just the beginning of what is shaping up to be a robust year of tour around the globe for Alter Bridge with more shows to be announced in the future. Ticket information for all shows can be found at: https://alterbridge.com.
Walk The Sky US Tour 2020
1-31 – Lake Charles, LA – Golden Nugget Casino *
2-1 – 2-6 – Shiprocked
2-8 – Nashville, TN – War Memorial Auditorium
2-9 – Indianapolis, IN – Egyptian Room at Old National Center
2-11 – Huntsville, AL – Mars Music Hall
2-12 – Fort Wayne, IN – Clyde Theatre
2-14 – Belvidere, IL – The Apollo Theatre AC
2-15 – Milwaukee, WI – The Rave
2-17 – Denver, CO – Ogden Theatre
2-18 – Salt Lake City, UT – The Depot
2-20 – Las Vegas, NV – House of Blues
2-21 – Lake Tahoe, NV – Montbleu Resort
2-23 – San Francisco, CA – The Regency Ballroom
2-24 – Los Angeles, CA – The Wiltern
2-26 – Seattle, WA – Moore Theatre
2-27 – Spokane, WA – Knitting Factory
Alter Bridge recently released their latest album Walk The Sky (Napalm Records) to critical acclaim and career milestone chart success. The latest album brought the band comprised of Myles Kennedy on vocals/guitars, Mark Tremonti on guitars/vocals, Brian Marshall on bass and Scott Phillips their first ever #1 on the US Top Current Albums chart – it landed at #4 in the UK main album chart. The band’s newest release found a home at #1 on over a dozen charts around the globe including: Top Current Albums (US), Billboard Top Albums (US), Current Hard Music Albums (US), Current Rock Albums (US), Current Alternative Albums (US), Record Label Independent Current Albums (US), Record Label Independent Current Album Consumption (US), Internet Albums (US), Top Albums – Market Share – ADA (US), Top Albums with TEA (US), Hard Music (Canada), Top Hard Music Albums (Canada), 100 Independent Albums (UK), Rock & Metal Chart (UK), Top 100 Swiss Albums (Switzerland). Walk The Sky entered the official album Charts at #3 in Austria, Scotland and the Swedish Hard Rock Charts, at #4 in the UK and Canada at #5 in Germany, at #7 in Australia and #16 on the US Billboard 200. Walk The Sky is produced by longtime collaborator Michael “Elvis” Baskette and is available in various configurations at https://smarturl.it/WalkTheSky.
For more info visit:
www.alterbridge.com

Alter Bridge burst onto the music scene in 2004 with the release of their gold-selling debut, One Day Remains. In 2007, the band released Blackbird, the album that elevated the band’s profile worldwide. The epic solo in the title track “Blackbird” was voted “Greatest Guitar Solo Of All Time” by Guitarist Magazine. ABIII was released in 2010 and the single “Isolation” gave the band their first #1 single. In 2013, the band reached an elevated creative and critical plateau with Fortress. It bowed at #12 on the Billboard Top 200, moving over 30,000 copies first-week and earning taste maker praise. The record garnered perfect scores from Total Guitar and KERRANG! as well as acclaim from Billboard, The Guardian, Loudwire, Ultimate Guitar, and many more. In between sold out tours in Europe and North America, the guys appeared on VH1 and graced the cover of Classic Rock Magazine who labelled Fortress, “The best thing they’ve ever done,” while Eddie Trunk called it, “A top 10 album of the last 10 years.” 2016’s The Last Hero gave the band their first US Top 10 album since their debut. Alter Bridge has appeared on The Tonight Show and Jimmy Kimmel Live and their music has been used by the WWE, Major League Baseball and NASCAR to name a few. The band have also released the video and audio of their career highlight, Live At The Royal Albert Hall, featuring Alter Bridge backed by the 52-piece Parallax Orchestra led by conductor Simon Dobson. In December 2019, Guitar World magazine voted Mark Tremonti the Guitarist of the Decade and the latest album Walk The Sky ended up on numerous year end lists, signifying Alter Bridge are showing no signs of slowing down in 2020.