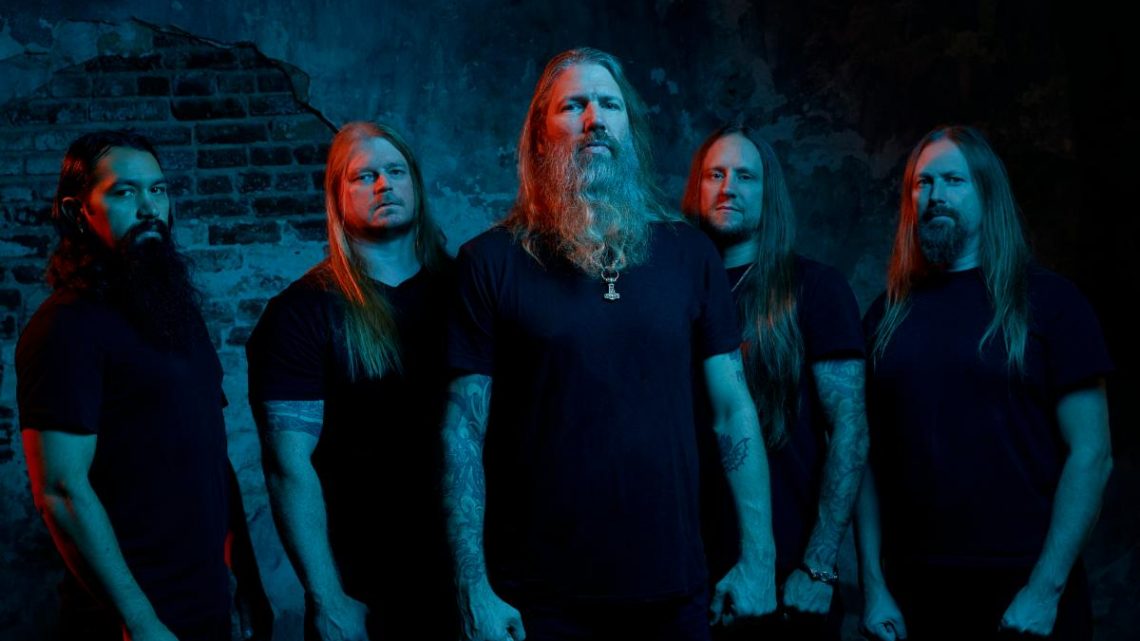 28th May 2021 0 By John Deaux
In celebration of the 20th anniversary of their third full-length album, ‘The Crusher’, Sweden’s celebrated Viking overlords and undisputed modern masters of epic heavy metal, Amon Amarth, have released a special, re-recorded version of the track “Masters Of War”. Find the track on your streaming platform of choice here and watch the accompanying visualizer here or by clicking the image below.
Speaking on the band’s celebratory re-working of “Masters Of War”, frontman Johan Hegg shares, “Celebrating the 20th anniversary of The Crusher album, we felt we wanted to re-record one of the main songs from the album and put a bit of a modern Amon Amarth touch on it. Enjoy!”
To coincide with the release and further the festivities, the band have also announced the release of a special edition “Masters Of War” merch collection exclusively available from the band’s store Victorious Merch.

Amon Amarth stand tall and unassailable: over 25 years into a career that has seen them evolve from humble origins in the dark, dank rehearsal rooms of their native Tumba to their current status as explosive festival headliners and one of the metal world’s most widely adored bands.
Formed in 1992, Amon Amarth became modern metal greats the hard way. Ruthlessly dedicated to creating new music and taking it out on the road, the Swedes steadily built a formidable reputation as a ferocious live band and, as the years passed, were increasingly recognised for their recorded achievements too. Since the dawn of the millennium, Amon Amarth have been unstoppable.
Breakthrough releases like 2006’s ‘With Oden On Our Side’ and its now legendary follow-up, 2008’s ‘Twilight Of The Thunder God’, further cemented their popularity throughout the metal world, while the band’s stage show evolved with each successive tour, transforming into one of modern metal’s truly great spectacles. Amon Amarth returned in 2019 with their biggest, boldest and most bombastic musical statement to date – ‘Berserker’ – which brought with it an epic, history-making trek across North America with fellow Swedes Arch Enemy, At The Gates and Grand Magus and saw multiple sell-outs. To date the band have clocked up a mammoth 270 million YouTube views and 547 million streams across their releases with over 2 million albums sold worldwide.
FIND AMON AMARTH ONLINE:
Subscribe: https://amonamarth.lnk.to/signup
Site: https://www.amonamarth.com/
Shop: https://victoriousmerch.com