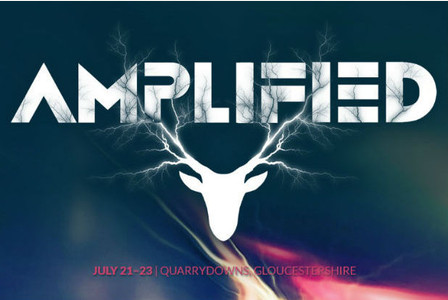 What? Amplified is an exciting new three-day rock/metal festival featuring a top quality line-up of chart-topping artists, breaking new bands, great food and drink, and excellent amenities.
When? 21st – 23rd July 2017
Where? Quarrydowns, between Northleach and Aldsworth, in Gloucestershire. 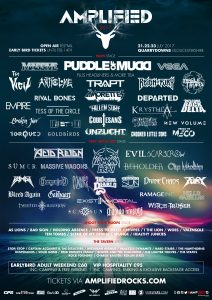 Situated in the glorious Cotswold countryside, Amplified is set to be one of the best events for festival goers this Summer. Confirmed acts include Puddle Of Mudd, Evil Scarecrow, Trapt, Diamond Head, Acid Reign and many more.

Festival organiser Gary Paterson said, “I can’t quite believe Amplified is almost here… I guess it just goes to show that hard work pays off, and with the support of good friends and colleagues in planning your dream, anything can happen.” Paterson, a well-known and respected promoter with over 20 years experience in the music industry, continues, “Whilst bringing chart-topping multi-platinum album selling rock bands from around the world here to the Cotswolds, we’ll also showcase some of the best up n’ coming acts of the rock/metal scene from not only here in Gloucestershire but from all regions of the UK. Expect a few surprises and get ready to get Amped in 2017!”

Confirmed acts so far (headliners and more to be announced):

Amplified Open Air Festival’s founder and organiser Gary Paterson has run several successful established live music venues in Gloucestershire, notably The Hub and G’s Rock Bar, hosting solo artists such as Rickie Warwick and Frank Turner, along with bands like Puddle Of Mudd, Anvil, Hayseed Dixie, Art Brut, and The Duke Spirit (voted by NME as “one of the top 25 gigs of 2005”). Having supported the local music scene over the last 15 years, Gary gives up n’ coming bands the chance to play alongside their peers. Being revered by many for keeping the local music scene thriving, Amplified is the next logical step in continuing his passion and forward thinking.

About Very Metal Art: Very Metal Art is owned and run by Andy Pilkington, former manager of Reign of Fury and founder of the Headbangers Balls national charity tours. Andy has a reputation for passion and support for the UK rock and metal scene, and with his latest venture, VMA has become one of the UK’s go-to designers, with national and international clients such as Bloodstock Festival, Nuclear Blast and AFM Records.