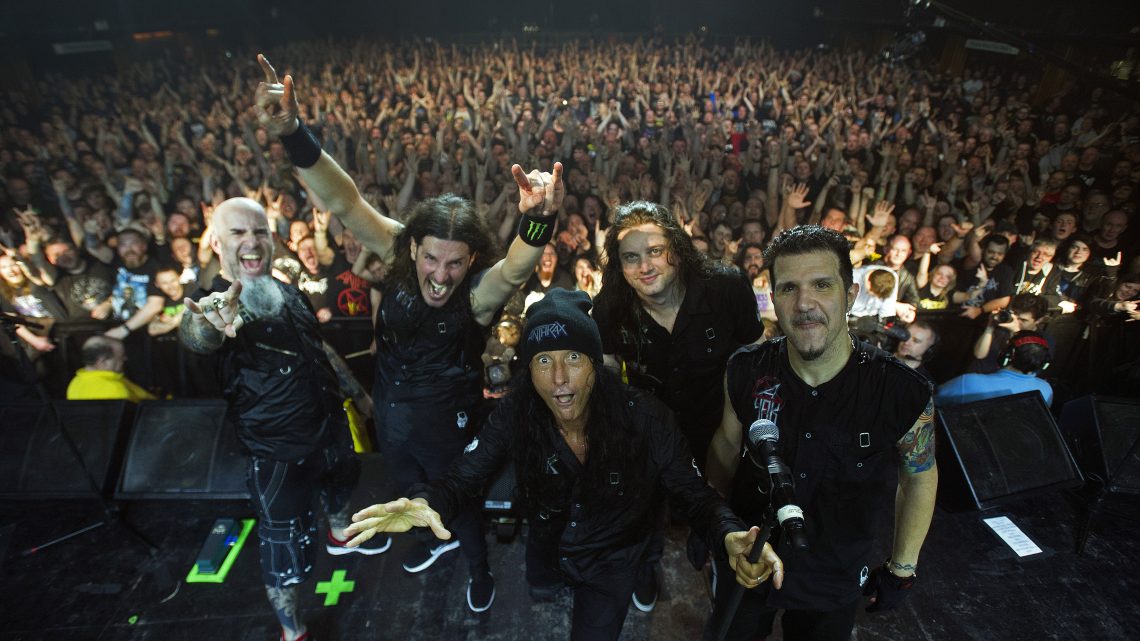 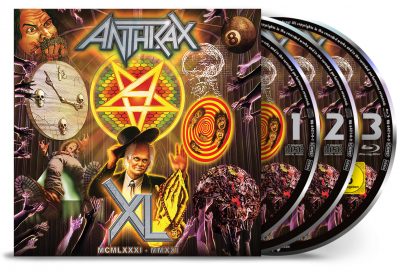 July 18th 2021 marked the 40th anniversary of thrash metal pioneers Anthrax. The celebration began in May of last year and culminated on that July 16th/17th with a global livestream event, shot at the Los Angeles soundstage/studio The Den. For two-plus hours, Anthrax performed an extensive set of hits and deep cuts pulled from their vast catalogue. Today, Anthrax announces that the entire performance, plus never-before-seen rehearsal footage, and Scott Ian’s New York City “walking tour” pointing out the spots that played a role in Anthrax’s formation and history, will be released in North America on July 15th on Blu-Ray/CD/Digital (Megaforce). ‘XL‘ will also have a UK/European digital release on July 15th (Nuclear Blast), followed by a Blu-Ray release (inc. 2CD + 1Blu-Ray) on July 22nd. UK/European pre-orders for ‘XL‘ can be placed HERE.

Also today, Anthrax serves up a taste of the ‘XL‘ celebration livestream with ‘Aftershock‘, the Blu-Ray’s first single/video, that can be streamed/purchased HERE

“Forty years doesn’t feel like 40 years,” said drummer Charlie Benante. “Sometimes I have to remind myself about how long this strange trip has been. I enjoy playing these songs, they’re such a huge part of my life, and I know for a lot of our fans, they play a big part in theirs as well.”

From the night of the livestream, bassist Frank Bello recalled, “For me, each song was like reading through a scrapbook of my life and the band’s career. Specifically, ‘Madhouse,’ one of my first recordings with the band, and then to where we are now with ‘Blood Eagle Wings.’  What a great ride it’s been, I’m very grateful.”

“Even though we were performing in a studio with just the crew there, we played that set like we were in front of 50,000 screaming fans,” said vocalist Joey Belladonna. “I felt like we made a full-on connection with everyone watching from their homes or wherever, and that they connected with us. It was quite an intense experience.”

Currently, Anthrax are about six months into their 41st year, and the band – Belladonna, Ian, Bello, Benante, and guitarist Jon Donais – don’t quite have their 40th-anniversary in the rear-view mirror. Said Ian, “We had planned to do a big, 40th-anniversary world tour last year, but because of COVID, we couldn’t. So we’re doing our 40th anniversary this year, our 41st. We’re starting in America in July, going out with Black Label Society and Hatebreed, and then we headline a UK and European tour this fall. We’re all really looking forward to being out on the road, playing shows and some deep cuts to celebrate our 40th with our fans.” 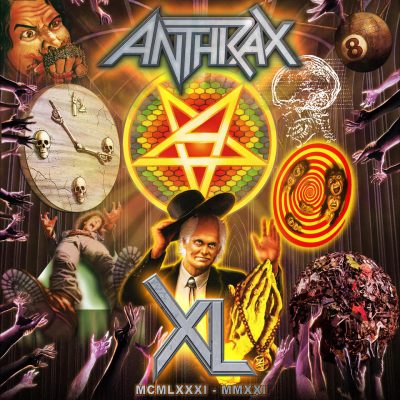 The ‘XL’ tracklisting:
Time/Fight Em ’Til You Can’t
Madhouse
Caught In A Mosh
Metal Thrashing Mad
Got The Time
I Am The Law
Keep It In The Family
Lone Justice
The Devil You Know
Be All End All
Now It’s Dark
Antisocial
In The End
Medusa
Evil Twin
Indians
Skeletons In The Closet
Blood Eagle Wings
Bring The Noise
A.I.R.
Among The Living

Anthrax will be touring Europe this autumn with label mates Municipal Waste.
Dates are listed below, and tickets are in sale via the below links: 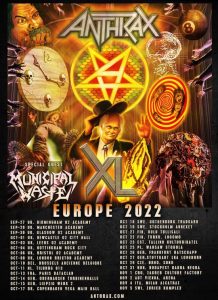 TEDESCHI TRUCKS BAND PREMIERE I AM THE MOON: CRESCENT