Armored Saint are one of the few metal bands that haven’t made the same album twice and their first three albums (March Of The Saint, Delirious Nomad, Raising Fear) are testament to this.

Those lovely people at Metal Blade have remastered these albums for vinyl and I must say they sound pretty darn good. I’ve A&B’d these reissues with the original Chrysalis pressings, and these have just a touch more clarity to them.

March Of The Saint is a superb debut album. Every cut on this record could’ve been produced for the radio. I hate to use the phrase ‘all killer and no filler’ but it’s bang on the money. This is a debut album that’s worthy of a place next  to Metallicas Kill Em All and Ultra Violence from Death Angel. It’s that good and that important.

Delirous Nomad took the musicality of March and made it moodier whilst still keeping the musicality and the riffs we all love from this often over looked band. This is a much more guitar orientated album compared to their debut.

Raising Fear on the other hand is much heavier and brutal in its content and my personal favorite of the 3. This is the album where Armored Saint started to come into their own and develop into the band we know and love to this day.

If you’re just arriving at the stage of discovering Armored Saint thanks to Punching The Sky or the live version of Symbol Of Salvation  you’re going to enjoy this trilogy of metal at it’s finest. For those of you who need/want to replace your copies of the albums, you could do a lot worse than these official releases.
Score 8/10 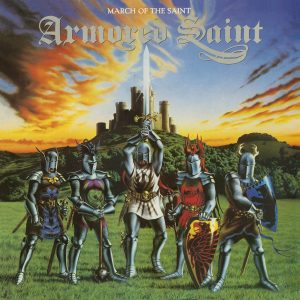 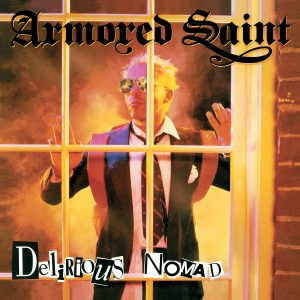 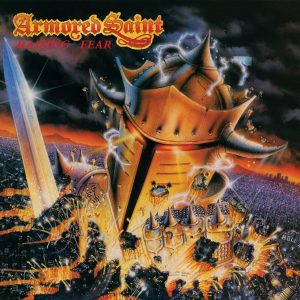