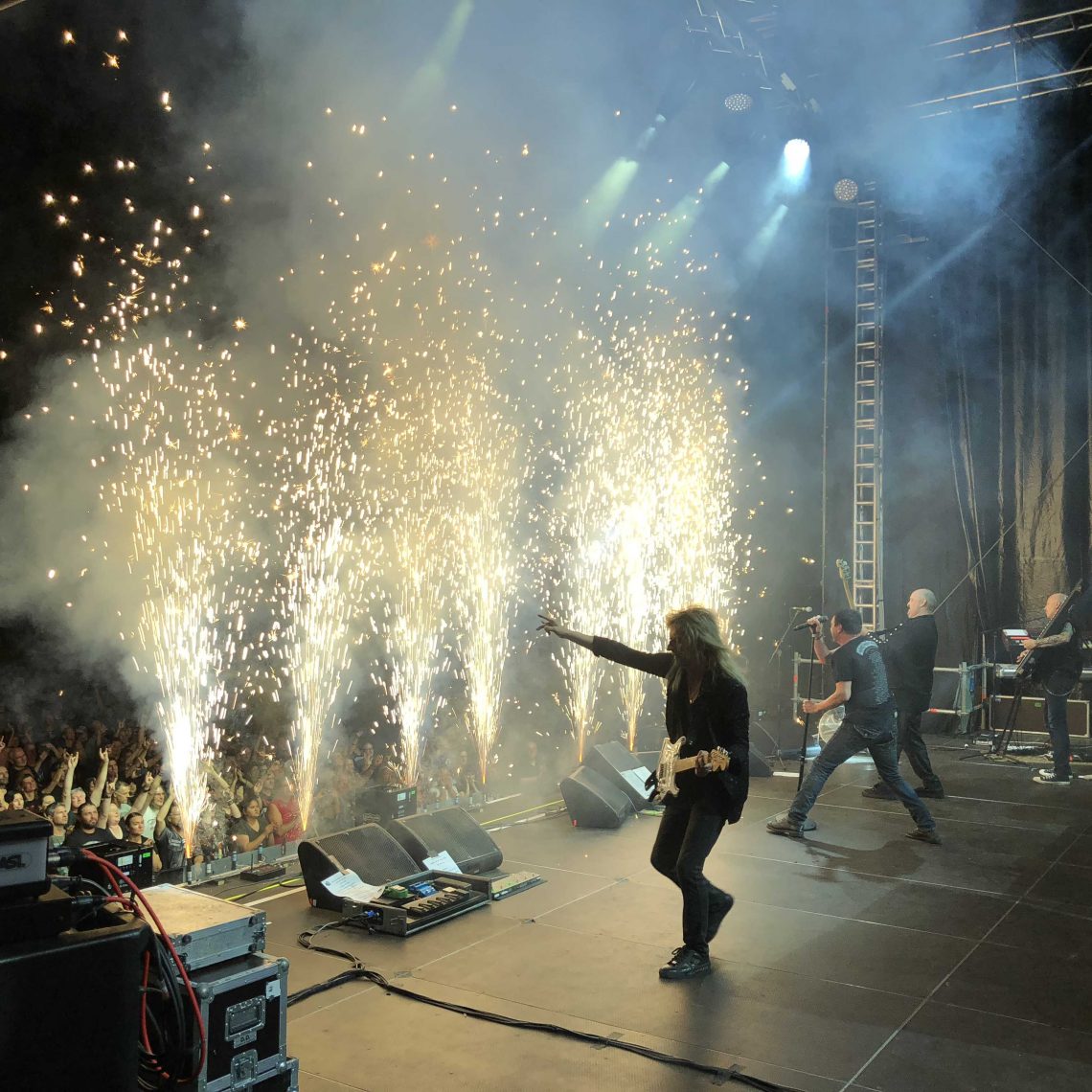 And the world has changed. Axel Rudi Pell hasn’t. For three decades, the Bochum-based guitarist has ticked and worked like a Swiss clock releasing critically acclaimed hard rocking albums consistently. Like his anniversary offering, a live document of his most recent tour. And it will come out on the same record company as his debut in 1989; his contract with legendary label SPV/Steamhammer having lasted longer than the average marriage these days. “SPV and I have grown together, we have witnessed highs and lows and we’ve managed to get through them all,” the 58-year-old musician states with a smile. “Never change a winning team” is the secret of his success. Having sold more than 1.6 million records so far, Pell also has a ridiculous amount of online streams: his songs have been streamed more than 37.5 million times, figures he would never have dreamt of when he first started out.

“XXX Anniversary Live”, his 30th album release in as many years, will see the light of day on June 7th 2019. A milestone by all accounts and a stunning document of his most recent tour which he did not plan at all, but the recordings, from Bochum and Budapest among others, were so good that he felt he just couldn’t scrap them. They are a worthy follow-up to “Magic Moments”, his 3-hour anniversary show at the ‘Bang Your Head’ festival in 2014, where he celebrated 25 years as a solo artist. BTW: Pell is planning to bring out another studio effort in spring 2020. The Swiss clock from the Ruhr area is till ticking.