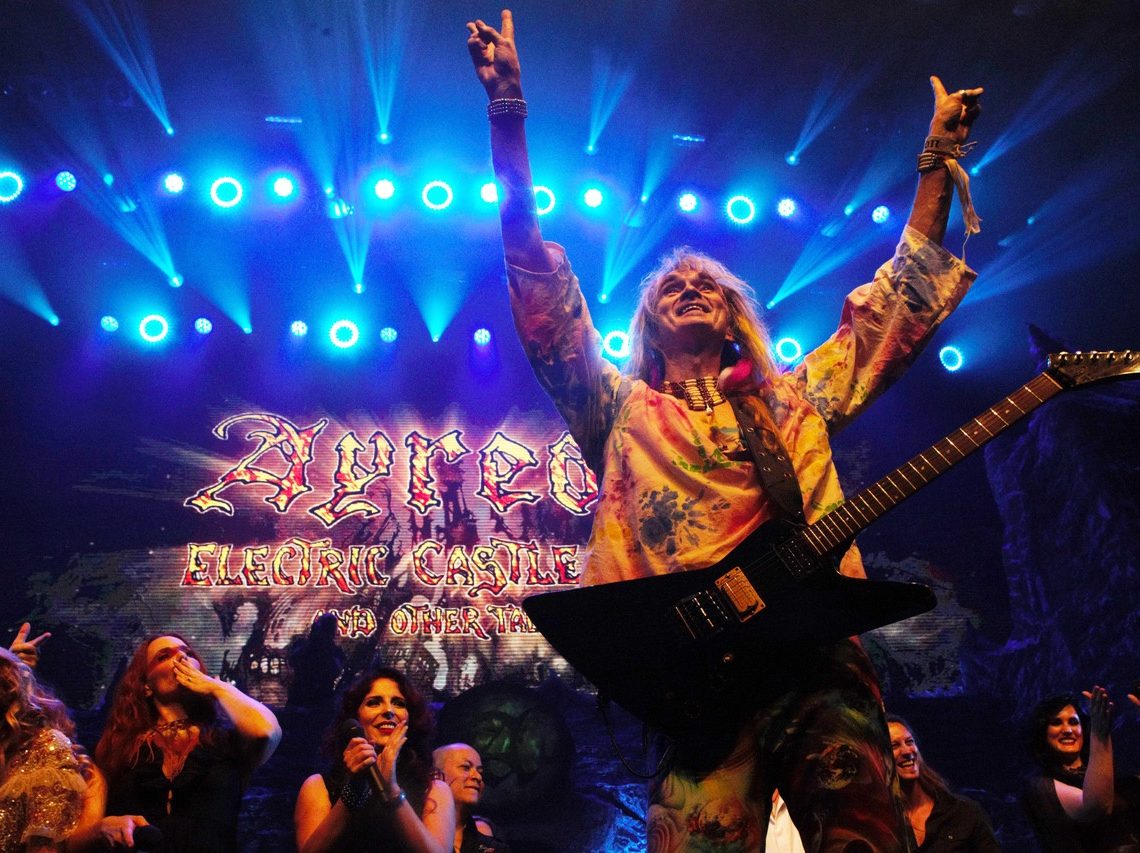 Ayreon’s brand-new sprawling and epic studio album ‘Transitus,’ is out now via Music Theories Recordings. The album is available on 2CD, 2LP gatefold red transparent vinyl and a 48-page Earbook which includes 5 discs; 2CD album, 1CD instrumental versions, 1CD guide vocal versions, and a DVD with bonus footage which includes a behind the scenes video, a videoclip, trailer and a 5.1 audio and hi-def stereo mix of the album. The release is also accompanied by a 28-page graphic novel which will be included in the Earbook as well as the 2LP.

In 2017 Ayreon released ‘The Source,’ which revisited the ‘Forever/Planet Y’ saga, but now three years later it is time for something completely different…

“The year is 1884, these are dark, troubled times, fraught with greed, envy and prejudice…” begins our narrator and storyteller, Tom Baker…

‘Transitus’ is built around an entirely new story, not connected to the Ayreon universe although as always it does have some subtle links. The sci-fi theme makes way for a gothic ghost story set (partly) in the 19th century with elements of horror and the supernatural. It’s on a dark thunderous night where our story of Abby and Daniel begins.

From the mastermind of Dutch multi-instrumentalist Arjen Lucassen, Transitus is inspired by supernatural movies such as The Others, The Changeling and Ghost along with the music of soundtrack composers John Carpenter (Halloween), Ennio Morricone (Once upon a Time in the West) and Jerry Goldsmith (Omen). “And of course I revisited all my favourite rock operas such as JC Superstar, Tommy, War of the Worlds and the Wall,” Lucassen adds.

‘Transitus’ is narrated by one of the most iconic and recognizable voices in sci-fi history, most known from his eight-year stint as Doctor Who, Tom Baker. “I was looking for a real storyteller with a mature, deep, warm voice. As a kid, I was a huge Doctor Who fan and my favourite doctor was Tom Baker. I couldn’t believe my luck when he agreed to do it! We went to the UK to record him, and it was one of those unforgettable experiences.”

‘Transitus’ is accompanied by an amazing graphic novel drawn by the renowned artist Felix Vega. “Because Ayreon’s music is so visual, I’ve always wanted to do an Ayreon graphic novel/comic book,” he says.

Reflecting on the approach to ‘Transitus’ he says, “I love my last Ayreon album ‘The Source’. I often say that it sounds so much like Ayreon… if someone else would have released it I could have sued them for copyright infringement and won easily! But “our genre” is called progressive, which for me means breaking new ground and experimenting musically. So in the true prog spirit, I set out to try something entirely different than a “typical Ayreon,” I wanted to do something more theatrical, almost like a musical.“

Also check out the videos for:
Talk Of The Town | This Human Equation | Hopelessly Slipping Away | Get Out! Now!

RAVENED live concert stream from The End Studios on October 10, 2020