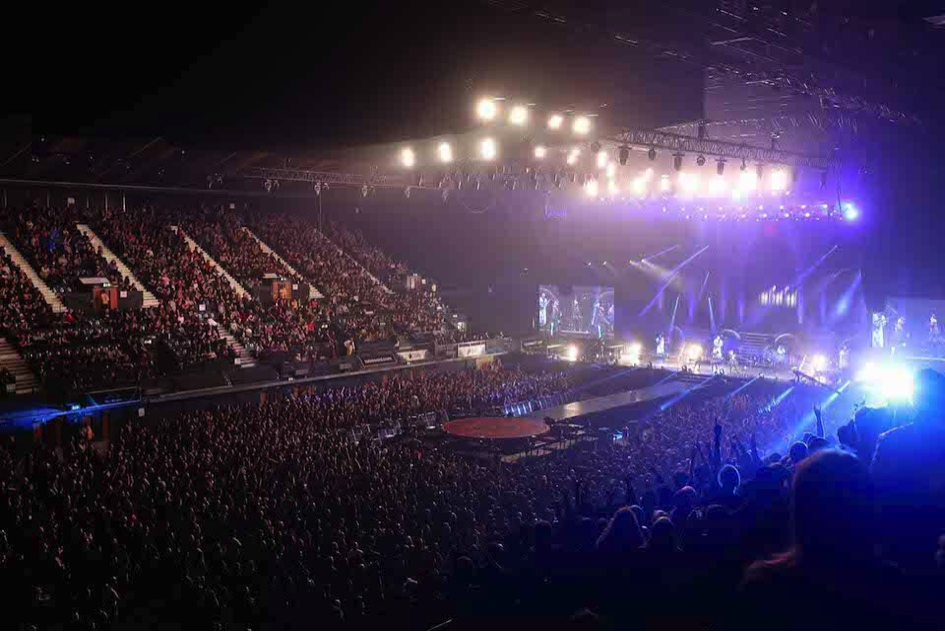 Japanese metal band BABYMETAL started 2021 with the continuation of the celebration of their ten-year anniversary, with a series of ten exclusive shows at the NIPPON BUDOKAN in Tokyo.

Seven years after their first appearance at the legendary venue, which saw them become the youngest female artist to headline in the venue’s prestigious history, BABYMETAL delivered a series of ten performances, utilising the unique layout of the 360-degree venue with a centre stage that gave those in attendance the ability to enjoy the performance up close from any seat.

With the Japanese government having issued a state of emergency less than two weeks prior to the first show, BABYMETAL staff, fans, and everyone affiliated with the shows took every precaution to prevent the spread of COVID-19, with the band issuing “Saviour Masks” (face masks) to all fans who came to the show to be worn on top of the mask each fan originally had on. Due to everyone’s careful efforts, thankfully there were no reports of any clusters or any other incidents that occurred during the series of 10 performances at the NIPPON BUDOKAN.

Now, BABYMETAL reveal details of an encore streaming event, produced by DANNY WIMMER PRESENTS. A director’s cut of the 10 BABYMETAL BUDOKAN WORLD PREMIERE (which streamed last Saturday June 26th), the encore stream gives fans the opportunity to enjoy a different take on the performance with new cuts and a special edit. 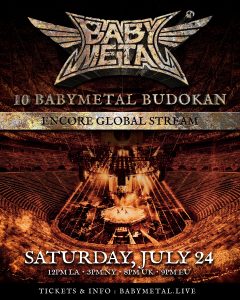 Early Bird Tickets are available via http://babymetal.live, with bundle options featuring special, limited edition merch items as well as pre-orders for the “10 BABYMETAL BUDOKAN” live album. Exclusive merch items will be available during the stream.

“10 BABYMETAL BUDOKAN” live album will be released digitally and on 2CD on October 1st via BABYMETAL RECORDS, with a 2LP vinyl release following late November. The tracklisting is as follows: