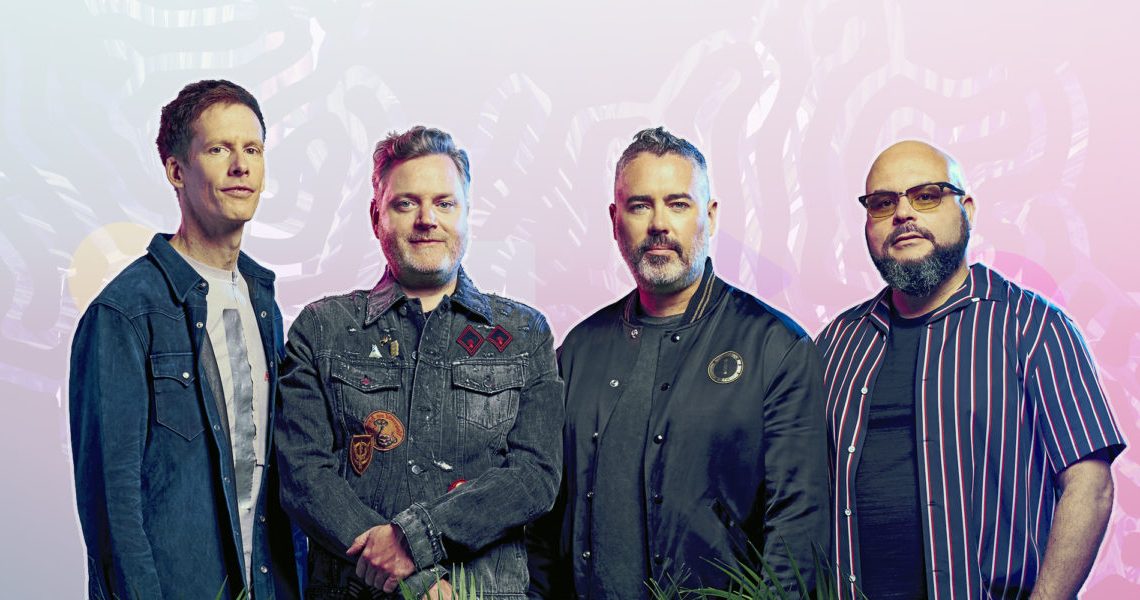 Barenaked Ladies will release their first-ever vinyl hits collection as the group celebrates more than three decades of chart success. The 12-song compilation includes the multi-platinum band’s biggest singles, as well as their theme to the television series The Big Bang Theory, which is making its vinyl debut. ORIGINAL HITS, ORIGINAL STARS will be released on October 4.

“We’ve had many hits, and I believe they are all truly great. These however…are the Greatest,” says lead singer, guitarist, and song-writer, Ed Robertson. The song selection spans Barenaked Ladies’ career and includes “If I Had $1000000” from the group’s July 1992 major-label debut, Gordon.  The album was certified gold in the U.S and diamond in their native Canada. The following year, Gordon garnered them the Juno Award for Group of the Year – the first of eight Juno Awards Barenaked Ladies have won to date. The band was also inducted into the Canadian Music Hall of Fame in 2018.

ORIGINAL HITS, ORIGINAL STARS features early favorites like “The Old Apartment” from 1996’s Born On A Pirate Ship and a live version of “Brian Wilson,” which appeared on the concert album Rock Spectacle (1996), the band’s first platinum-selling album in the U.S. Much of ORIGINAL HITS, ORIGINAL STARS draws on the critical and commercial success Barenaked Ladies enjoyed with Stunt (1998) and Maroon (2000). Stunt was certified 4x platinum in the U.S. and included “It’s All Been Done” and the Grammy-nominated international smash, “One Week,” which reached the #1 spot on Billboard’s Hot 100 Chart on October 17, 1998. Maroon, another U.S. platinum-selling release, included “Falling For The First Time” and the Grammy-nominated single “Pinch Me.”  This album also features “Easy” from 2006’s Barenaked Ladies Are Me, “You Run Away” from 2010’s All in Good Time and “Odds Are” from 2013’s Grinning Streak.

The band hit the road this summer with Hootie & the Blowfish on an extensive 44-city North American tour. Billboard notes, “Barenaked Ladies may have opened the show, but its headliner status was undeniable Saturday night…the group proved to be seasoned entertainers and a dream support act.”  More fantastic quotes about the tour below:

If the show had ended after the Ladies’ hourlong set, it still would’ve been money well spent. But combining that with nearly two hours of Hootie? Even if you DID have $1,000,000, you couldn’t buy a better concert. – Cleveland.com

You can tell how a concert is going to be at the AMP by how quickly your cell phone stops working because of tower overload. Mine was already a paperweight at 7:15 p.m., even before opening act The Barenaked Ladies took the stage. – fayettevilleflyer.com

(Barenaked Ladies) have perfected their harmonies and playing over the years, but it’s their stage presence that really lifts them above most bands. – nysmusic.com

Hootie & the Blowfish and the Barenaked Ladies dropped a tight, well-rehearsed three-plus hours of hits and under-appreciated album cuts on a sold out Bridgestone Arena.  – tasteofcountry.com

“It’s All Been Done”

“Falling For The First Time”