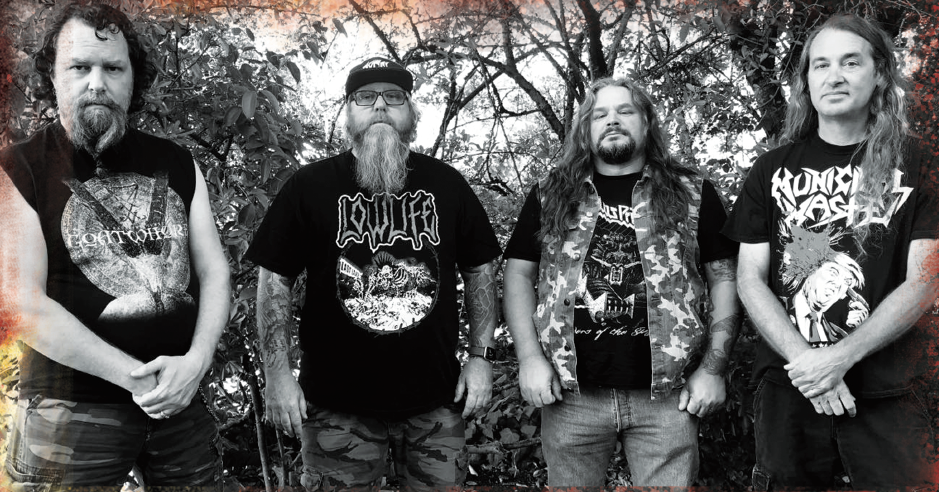 26th May 2021 0 By John Deaux
Bay Area Thrashers INFEX will self-release Burning in Exile August 13 on CD, digital, and limited edition red translucent 12″ vinyl formats. The official video for album track “Acid Reign”
Though the sound of Burning in Exile is firmly anchored in a ripping form of thrash metal, elements of old school hardcore and crossover metal are present as well. Having grown up during the Thrash Metal heyday and listening to genre pioneers like Exodus, Kreator, Destruction, Slayer, Dark Angel and the like, along with old-school hardcore influences like Discharge, Attitude Adjustment, Cryptic Slaughter, DRI, and Excel, INFEX blends the styles of all these and more into a raw outpouring of aggression and anger.
Burning in Exile was recorded at Trident Studios in Martinez, CA (Machine Head, Vio-Lence, Testament, Exodus). It was produced, engineered, mixed and mastered by Juan Urteaga. INFEX booked the studio time in late 2019 and began recording in March of 2020, right as the Covid-19 pandemic became serious. Due to the lockdown, the recording sessions were spaced out further than anticipated, resulting in the inspiration for the album title, Burning in Exile.
The band’s album release show happens on August 14 at 3 Disciples Brewing in Santa Rosa, California. 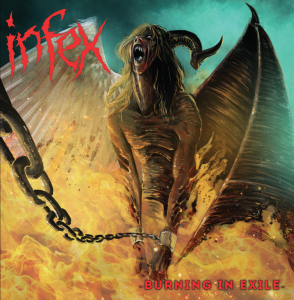 Line-up
Jack – Guitars and Vocals
Adam – Guitars and vocals
RC- Bass and vocals
Corey – Drums
BIO:
INFEX was formed in 2010 by Jack and Phil, who met via Craigslist while searching for others with similar interests. At their early jam sessions the beer and the riffs flowed freely and songs started to take shape fairly quickly. In 2011 after jamming with several drummers with mostly lackluster results, the two met drummer Corey, who stylistically fit in from the get go. A few months and several bass players later Dave came on board to round out the lineup and the band started playing shows, their first performance being in February of 2012. The group released debut full-length album Circling The Drain in August of that year.
In late 2012, Phil stepped down from the band to focus on his family, and INFEX soldiered on as a trio, while searching for a suitable replacement. Finally in early 2014, the band recruited Derek from the ashes of Bay Area Thrash youngsters Dizastor. This lineup lasted for a year, until Derek moved on to pursue other musical interests.Not faltering, INFEX took some time off from the local scene to begin recording their sophomore release, Killing for Jesus (January 2016), and in that process ended up recruiting Aaron on lead guitar.
In 2017 INFEX went on tour with crossover legends D.R.I. as well as playing with Exodus’ two night residency at San Francisco’s The Chapel. Aaron left the band in late 2017 to pursue other interests, so the band enlisted Adam Weber (Embryonic Devourment) on lead guitar.
In 2018 Dave retired from music to manage his son’s band and INFEX recruited Ronald Morten-Maystein (RC) on bass. Invigorated with the new lineup and a new LP scheduled for release in summer of 2021, INFEX has once again hit the local Bay Area live circuit and are currently working on booking tours to support the ensuing release.
infex.bandcamp.com
facebook.com/infexthrash
instagram.com/infex_thrash_official
Infex YouTube

TOTO Reveal Live Video For ‘You Are The Flower’