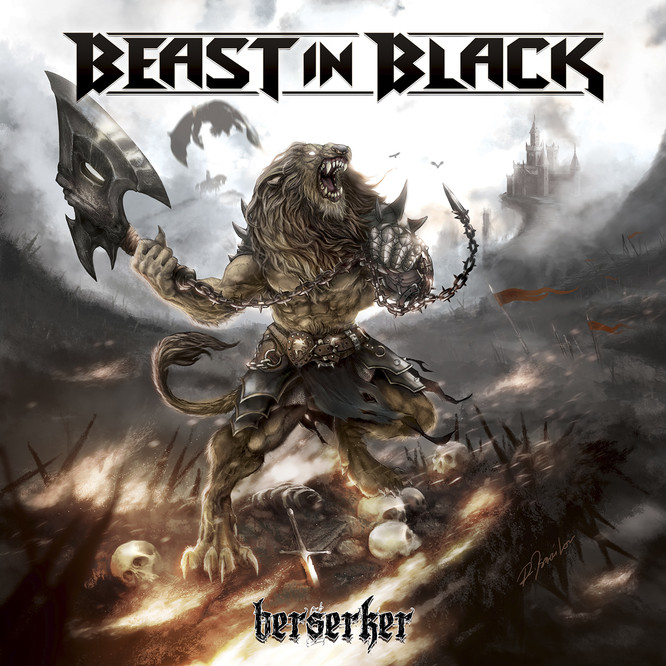 Anton assembled a team of talented musicians and has unleashed ‘Berserker’ onto the metal community via Nuclear Blast records, the album is inspired by a Japanese manga and anime ‘Bersek’. The album opens with “Beast In Black” and this track is very reminiscent of BATTLE BEAST (especially the first two albums “Steel” and “Battle Beast”). It has a catchy sing-a-long chorus and the drumming by Sami Hanninen powers the song along, while the guitar works of Kasperi Heikkinen and Anton Kabanen duel for supremacy with the solos vying for air time. The vocal range of Yannis Papadopoulos is commendable and adds to the song, especially how quick he can change tempo and hammer home the chorus so that you will be singing along as well. However the song does rely and over use the keyboards unnecessarily and this does take away from the whole song. So far it isn’t a bad start to the album and although it is reminiscent of BATTLE BEAST early releases that was to be expected as Anton did write all the songs on them albums and all the songs on ‘Berserker’.

However this is then when the album takes a dramatic drop as the next song is “Blind And Frozen” which is one of the few ballads on the album. The keyboard takes centre stage and dominates proceedings and the cringe worthy lyrics are straight from the 80s as is the synth/keyboard work. The album tries to get back on track with the songs “Blood of a Lion” and “Zodd The Immortal”, with some nice drumming and riffs. However the keyboards start to creep in again and dominate the sound and are hostile in their takeover. The keys also try to replicate the guitar riffs and solos, although BEAST IN BLACK isn’t the first band to do this, it is very silly and pointless and demeaning to the guitarists.

Then one of the worse tracks I’ve ever heard starts…”Crazy, Mad, Insane”! It’s an 80s techno inspired, Europop dance song…it sounds like STEPS, AQUA, ALPHABEATS etc with a smidge of rock/guitar work added to the track. The track wouldn’t be out-of-place at the Eurovision Song Contest and this is sadly how most of the album is after opening track “Berserker”, it’s basically a euro pop hard rock release and has numerous cheesy ballads (especially album closer “Ghost In The Rain”).

“Now it’s about time for the listener to decide how sharp BEAST IS BLACK’s claws really are, but, if you believe NIGHTWISH’s Tuomas Holopainen, there’s nothing but a great album to expect: “You have to be mentally insane to not love this album.”

Well the claws aren’t very sharp, although everyone is very talented and especially vocalist Yannis Papadopoulos, this album just isn’t really metal or hard rock. It’s effectively a pop album and not a very good one at that, or maybe am just mentally insane?!?! 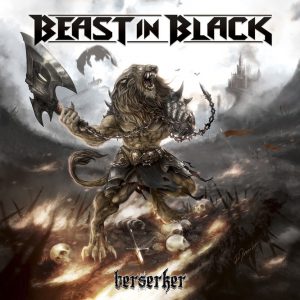 Follow BEAST IN BLACK at the web address www.beastinblack.com and purchase the album “Berserker” by clicking here