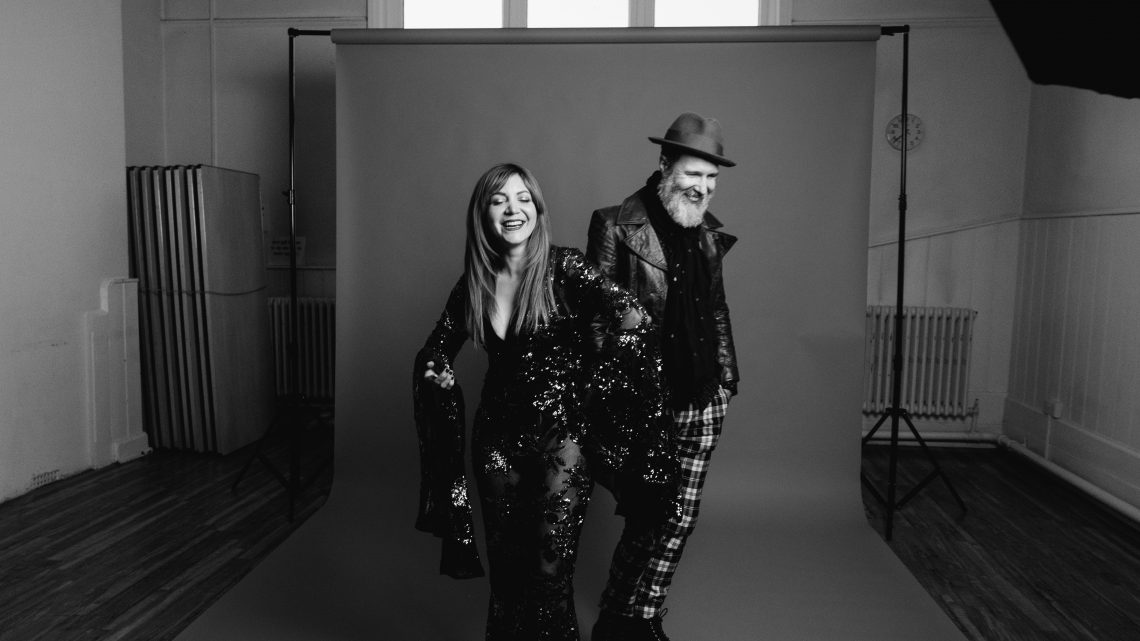 Beaux Gris Gris & The Apocalypse follow up their breakout single ‘Fill Me Up’ (#3 in the Top 100 UK Blues Radio Chart, #7 Most Played on Planet Rock Radio UK – 1.7million Impacts) with the visually stunning video for ‘Bungalow Paradise’. The song is a romantic drift through a landscape of West Coast Americana and Folk, showcasing the eclectic nature of the bands new album ‘Good Times End Times’ (#11 Most Played – IBBA Radio Charts UK April 2022).

The video, directed by the band’s own Greta Valenti and Robin Davey, builds directly on the themes from within the song. It is full of kaleidoscopic color and imagery with a distinct David Lynch vibe. The pair, who have won numerous awards for their film and documentary work, use a collection of stock imagery infused with video filmed from their own environment in Southern California, to build a dreamlike journey through the American west and beyond.

“I often think about what the world will be like when I’m at the sunset of my life and I imagined a tale of a dystopian future through the lens of an American cowboy song.” Greta explains.

Robin Davey adds, “Visually, we were inspired by pop collage art. We felt the dreamy nature often seen in today’s digital static art would make for an interesting world to fully immerse ourselves in.”

The result is an audio-visual feast; a melding of music, art and film, helmed by a unique team who are able to offer a direct filmic vision to their own soundtrack through their production company GROW VISION.

The debut album from Beaux Gris Gris & The Apocalypse, Love & Murder, spurned Top 10 hits in genre charts across Europe. The album’s wide-reaching appeal earned it a #13 placement in the “Top 50 Albums of the year” by Classic Rock Magazine, describing it as “A sensual, vibrant cocktail”.

Multi-award-winning vocalist, songwriter, & GROW VISION founder Greta Valenti is a Louisiana-born-and-bred creative with generations of family as artists and revolutionaries dating back before the Louisiana purchase. Guitarist Robin Davey was the youngest ever inductee into the British Blues Hall of Fame. He spent time as an artist on Atlantic and Interscope Records, and has recorded with a wide spectrum of artists from Mick Jagger to Katy Perry. Their rock outfit Well Hung Heart (OCMA’s Best Live Band) toured the USA opening for the likes of Fitz & The Tantrums, Twenty One Pilots, Foreigner, and Offspring.