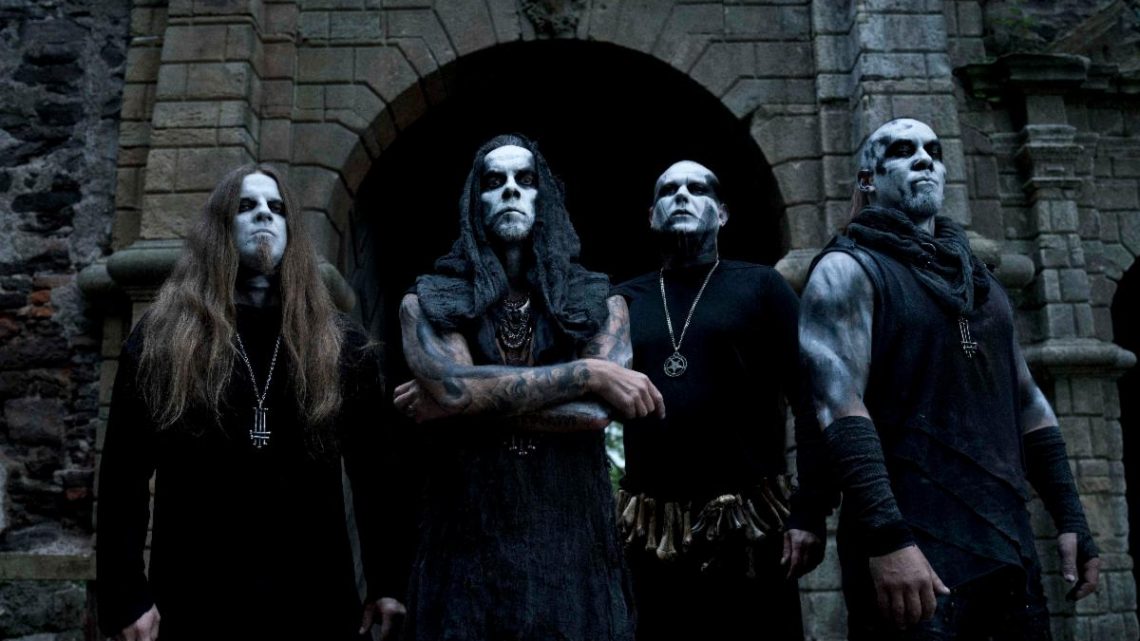 8th October 2021 0 By John Deaux
Polish heretics BEHEMOTH are set to raise their own livestream bar this Halloween with the arrival of their next visual spectacular, ‘XXX Years Ov Blasphemy’, hosted by the premium social live media platform, Moment House. The event will mark their 30th Anniversary with three separate sets in three different locations, commemorating the band’s three decades making music and art, with an unfettered dedication to a superior aesthetic.
The cinematic extravaganza is set for Halloween night, 31st October, when the veil between our tangible existence and the netherworld is thin, so the spirits of the other side may enter. This year, that veil will be set ablaze by BEHEMOTH’s artistic and sonic black magick.
Having blown everyone away with 2020’s ‘In Absentia Dei’ stream, arguably the most ambitious and critically lauded livestream of the year, BEHEMOTH’s legions know that the band don’t do things by halves. Expect ‘XXX Years Ov Blasphemy’ to be BEHEMOTH’s biggest, most extravagant production to date.
BEHEMOTH’s frontman and visionary Nergal informs us;
“30 years of blasphemy and bring on 30 more! What better night than All Saint’s Eve to celebrate this most unholy Anniversary than with us, as we present the most ambitious project of our career to date, ’XXX Years Ov Blasphemy’. Legions, when I say this is the ultimate cinematic BEHEMOTH experience, I cannot express how much I mean that. Another huge risk for us, but as always, we go feet first and push our limits. The result will be a sight to behold. We’ll see you in The Forest…and more!”
The event will air three times to allow legions all over the world to watch at the optimal time for them: 6pm JST/8pm AEDT (Asia, Australia, New Zealand), 6pm GMT (UK, Europe, Africa) and 6pm PDT / 9pm EDT (North & South America). Ticket holders will be able to watch the show via ‘Video On Demand’ for 24hrs after the initial screening.
Watch the trailer below and secure your ticket for the night of all nights at this link.
With each set, BEHEMOTH will showcase their glorious 30-year history and focus on each decade, starting with the early day of pagan and black metal sounds of ‘Pandemonic Incantations’ through their international breakthroughs; ‘The Apostasy’ and ‘Evangelion’,up to their most recent masterpiece, 2018’s ‘I Loved You At Your Darkest’. Three times over, BEHEMOTH will invoke musical demons from the past as they explore the depths of their discography. The event is directed by Dariusz Szermanowicz (G13 Production House).

Tickets are available now at an Early Bird discounted price of $16 until 4pm UK time on Friday 15th October. Standard ticket price of $20 applies thereafter. There will be a number of VIP ticket options available for those wanting more, including an Online Meet & Greet via Moment House, limited to 30 fans only. Each fan will get a 2 minute video call with the band (Nergal, Orion and Inferno), which will take place pre-stream, between 4pm-5pm UK time on 31st October. Also available as an option is a post-show ‘XXX Years Ov Blasphemy – Behind The Scenes’ bonus event for an additional $5. This is also available to watch on demand for 24hrs post-event. An array of event merchandise is also available, with the first 500 merch customers receiving a burning cross sticker in their parcel.
BEHEMOTH’s ‘In Absentia Dei’ 2020 livestream will be available in live album/BluRay form on 17th December. The band are also working on a new album set for release next year.

Find BEHEMOTH online at Behemoth.pl or at the links below