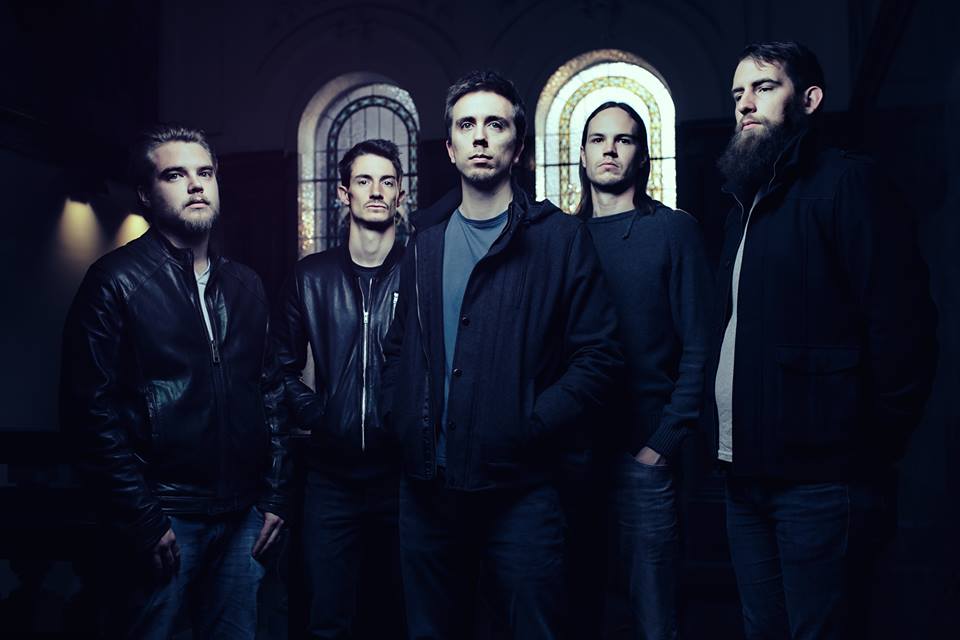 After the release of their stunning new album, Vessels, I had the chance to grab a few words with Aussie melodeath titans Be’lakor!

All About The Rock: Thanks for taking the time to chat today! I hope everyone is well in the Be’lakor camp?

Be’lakor: We’re doing very well, hope you are too—thank you for your questions!

AATR: For anyone not familiar with the band and your music, can you take a moment to introduce yourselves?

Be’lakor: Sure, we’re a progressive/melodic death metal band from Melbourne, Australia. We’ve been around for about ten years and have just released our fourth album Vessels through Napalm Records.

AATR: Be’lakor is a pretty interesting name – where does the name come from?

Be’lakor: Be’lakor is the name of a character from a game that some of the band’s members used to play. We chose the name because we thought it was unique, and we liked the way it looked and sounded.

AATR: Your new album, Vessels, drops next week – are you excited to get it out for everyone to hear?

Be’lakor: We are indeed. Vessels has been the product of a lot of hard work, and we’ve really strived to create an album with the right balance between the traditional elements of our music and a more progressive approach. We’re very keen to see what our listeners think!

AATR: I think it’s absolutely incredible – one of the best of the year so far. But what has the critical response been from elsewhere?

Be’lakor: Thank you very much. We’ve been delighted with the response so far, most critics have reacted very positively to the album’s direction. For those who were particularly keen on a more traditional melodic death metal album (i.e. faster and riff-driven) there may have been some disappointment however—which is understandable.

AATR: This is your first album with Napalm Records – how does working with them compare to the previous labels you’ve worked with?

Be’lakor: We’ve really enjoyed working with Napalm Records so far. They’re a highly professional label with a great artist roster. This is not to diminish our previous label, however—Kolony Records was also excellent to work with.

AATR: How do you feel your sound has progressed from your inception right up to this release?

Be’lakor: From our perspective, we’ve matured a great deal as songwriters since our first album The Frail Tide, which was a fairly straightforward release. Although we’ve always been focused on writing emotionally engaging melodic/progressive music, we’ve now started to experiment with new sounds and ideas—drawing a bit more from other metal sub-genres, such as black metal, and even post-rock and progressive rock. This has particularly been the case with Vessels.

AATR: What, or who, were some of your influences in the composition of Vessels? It seems much more melancholic than your previous releases – was this intentional?

Be’lakor: We’ve always strived to create music which is emotionally engaging and potent, and this remained the case with Vessels. We’re influenced by any other art which has the same qualities, regardless of genre or medium. From our perspective, bands as diverse as Pink Floyd, King Crimson and Deathspell Omega can evoke the same spirit.

AATR: And can you walk us through the lyrics and the albums concept and story?

Be’lakor: Vessels is our first concept album. It tells the story of a single thread of life which begins with light from the sun, runs through various living things on earth, and ends with fire returning that light to the universe. Each song is written from the perspective of one of these living things—plant, insect, animal and human, which are vessels for the same energy and are all connected to one another as they die and are consumed.  Once part of a human, the energy can become aware of its place in the universe, which is both immense and at the same time utterly insignificant and fleeting.

AATR: What are some of the concepts and themes you would like to explore in the future?

Be’lakor: To be honest, we haven’t thought that far ahead! But it is likely that our interest in life, death and the physical universe will continue to play a big part.

AATR: Where would you like to tour to promote the release of Vessels?

Be’lakor: We’d very much like to return to Europe, either to play during the summer festivals or to do a club tour. We’re also really keen to get to the United States, where we’re yet to perform.

AATR: Have you got any tour plans in the works already? Perhaps a jaunt through the UK?

Be’lakor: Nothing concrete at this stage, but it’s certainly our intention to do so!

AATR: When you are touring, what can usually be found blasting out the speakers in the Be’lakor tour bus?

Be’lakor: It’s usually a shuffle from our lighting technician’s old iPod. We’ve enjoyed everything from Steel Panther to Rammstein.

AATR: We are always hearing how difficult it is to be in a band from Australia. For you, what are the pros and cons of being in a death metal band in such an isolated part of the world?

Be’lakor: The main challenge is, of course, that it’s very expensive to fly overseas. This makes it difficult to tour regularly and, as a consequence, it takes longer for a band to build its listener base. Otherwise, it’s more or less the same. Social media has made it a lot easier for Australian bands to connect with listeners in Europe and the United States.

AATR: Are there any local bands you are really enjoying at the moment – either in your local scene or worldwide?

Be’lakor: Our drummer, Elliott, is in a really great heavy prog band called Future Corpse. The rest of us are big fans of their music!

AATR: Cheers for your time today! Before you crack on, have you any parting messages for our readers?

Be’lakor: For long-time listeners, thank you for waiting patiently for Vessels’ release! We hope everyone enjoys it.