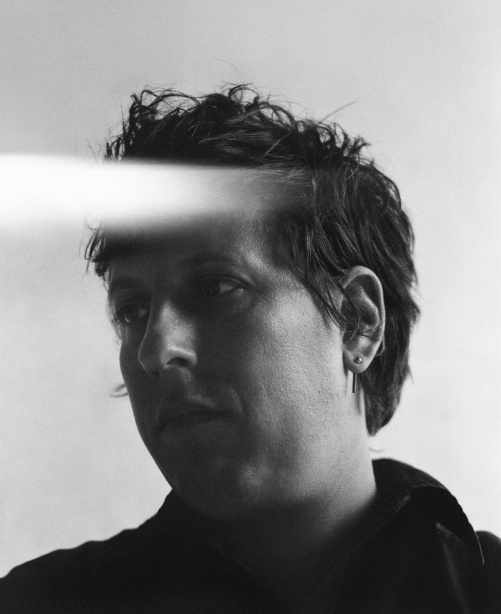 Mat Ball‘s Amplified Guitar is out today. It’s as monumental as it is approachable and memorable. The fledgling label behind this release, The Garrote, is proving itself to be an operation that approaches everything with utmost care and it’s just that which can be said about this short album trailer / documentary which they have produced and are sharing today. In it, you can glimpse Mat’s process and clips of a conversation that we had this past month in Montreal.

Recorded at Hotel2Tango by Godspeed’s Efrim Manuel Menuck, Ball performed each of these beautiful songs in a single take. Plucking, strumming, bowing, or just slowly moving an electric guitar of his own construction in front of an array of amps, Mat Ball managed to expertly coerce some very deeply moving music from very little.

Mat’s band, BIG | BRAVE has been devastating audiences for ten years now with a hypnotically heavy sound, central to which is his mastery of the electric guitar’s resonances. Feedback is central to the process on Amplified Guitar, but the product is remarkably narrative, tuneful and evocative, definitely recommended for fans of Earth, Bill Orcutt, Tashi Dorji, and the Dead Man OST.

Additionally, Mat Ball shall release a book, Accidents (with orders via www.thegarrote.com and Bandcamp). Operating as a visual analog to the Amplified Guitar LP, the work in Mat Ball’s book Accidents is also based on chance: chance in discovery, chance in process, or chance in accidental results. Whether found at rest and documented in that natural/untouched state, or assembled/touched by Ball’s hand, the aleatoric element in each piece is vital. First edition limited to 100 copies.

The record will be available via Evil Greed in Europe.

You can also revisit the hypnotic video for “To Catch Light III” below. Filmed and edited by Joshua Ford at The Garrote HQ in Illinois using the most simple elements, this video presents a remarkable visual analogue to the economy and elegance of the music and provides an astounding physical account of the sound.

The acoustic phenomenon of feedback is often taken for granted. But feedback is pretty remarkable, essentially self-generating, potentially endless, and––though unwieldy––possible to control. As Montreal guitarist Mat Ball demonstrates, it is even possible to use feedback in the service of something elegant and soulful.

Plenty of bands have of course added to the collective hum and howl, from household names in rock and roll to mavens of the experimental underground like SUNNO))) and Earth. And since 2012, Mat Ball’s band BIG | BRAVE has also captivated audiences with a refined balance of massive and fragile sounds, touring with Thee Silver Mt. Zion Orchestra and SUNNO))), collaborating with The Body, and releasing records on Southern Lord and Thrill Jockey.

Amplified Guitar is Ball’s first full-length solo recording. And though it isn’t comprised entirely of feedback, it’s helpful to think about it in these terms. While listeners can enjoy Amplified Guitar at any volume, Ball was most assuredly turned way up when performing these pieces––each recorded in only one single take, live and unadorned, at Hotel2Tango in Montreal by Godspeed’s Efrim Manuel Menuck. Far from being a noise record, Amplified Guitar is an entirely musical and beautiful work and Ball’s use of amplified resonance and feedback often mimics the long gestures and sustained tones of bowed or woodwind instruments.

“I rely on amplification for amplitude, but I also rely on it to bring out certain harmonic qualities and voices of the instrument,”  Ball says. The instrument in this case is not just any guitar, but an electric guitar which Ball built himself, in collaboration with Obscura MFG, only months before the recording. It is no wonder Ball is able to so effectively follow the contours of resonance, carving out melodies in a way that can only be called sculptural. The fact that Ball moonlights as a woodworker and that he carefully selected the wood from which to carve the guitar’s body is significant.

Across the eight pieces that make up Amplified Guitar, Ball presents cascading tones in strokes: struck, strummed, and occasionally bowed guitar shifting overtones amid the frankly melodic wail of the amplifier, all utterly in step. For this, the guitar is turned this way and that, slowly, while the hands are turning otherwise. It is a sort of dance enacted by Ball, his guitar, and a combination of amplifiers. The result is somehow both sonically towering and stunningly intimate, physical. Each piece, executed in one take, has the sense of being an act as much as a song, however melodic these acts are.

Amplified Guitar’s complexity-carved-from-minimalism owes something to Tony Conrad but the sense of melody and the spirit of storytelling are reminiscent of Neil Young’s Dead Man score and the exploratory playing of Loren Connors and Henry Flynt. Ellen Fullman’s Body Music may come to mind as well, as the possibility of shifting timbres and textures over sustained tones is explored so deeply here. And of course as a lifelong resident of Montreal, Ball has long been entwined with the city’s vibrant and varied music communities, from which he’s learned to follow his curiosity and seek what he calls “absolute freedom” in music. It’s easy to make noise, but it takes such curiosity and freedom to create something as refined and fearless as Amplified Guitar. 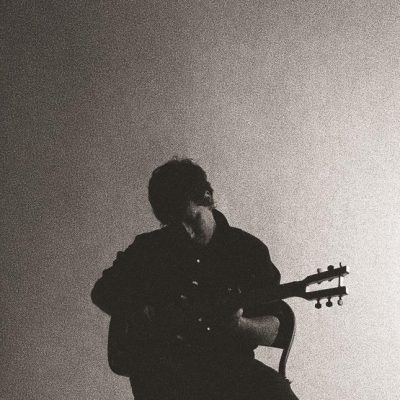 6 – WITHIN THE BILLOW II

8 – WITHIN THE BILLOW III

FOR MORE ON MAT BALL: