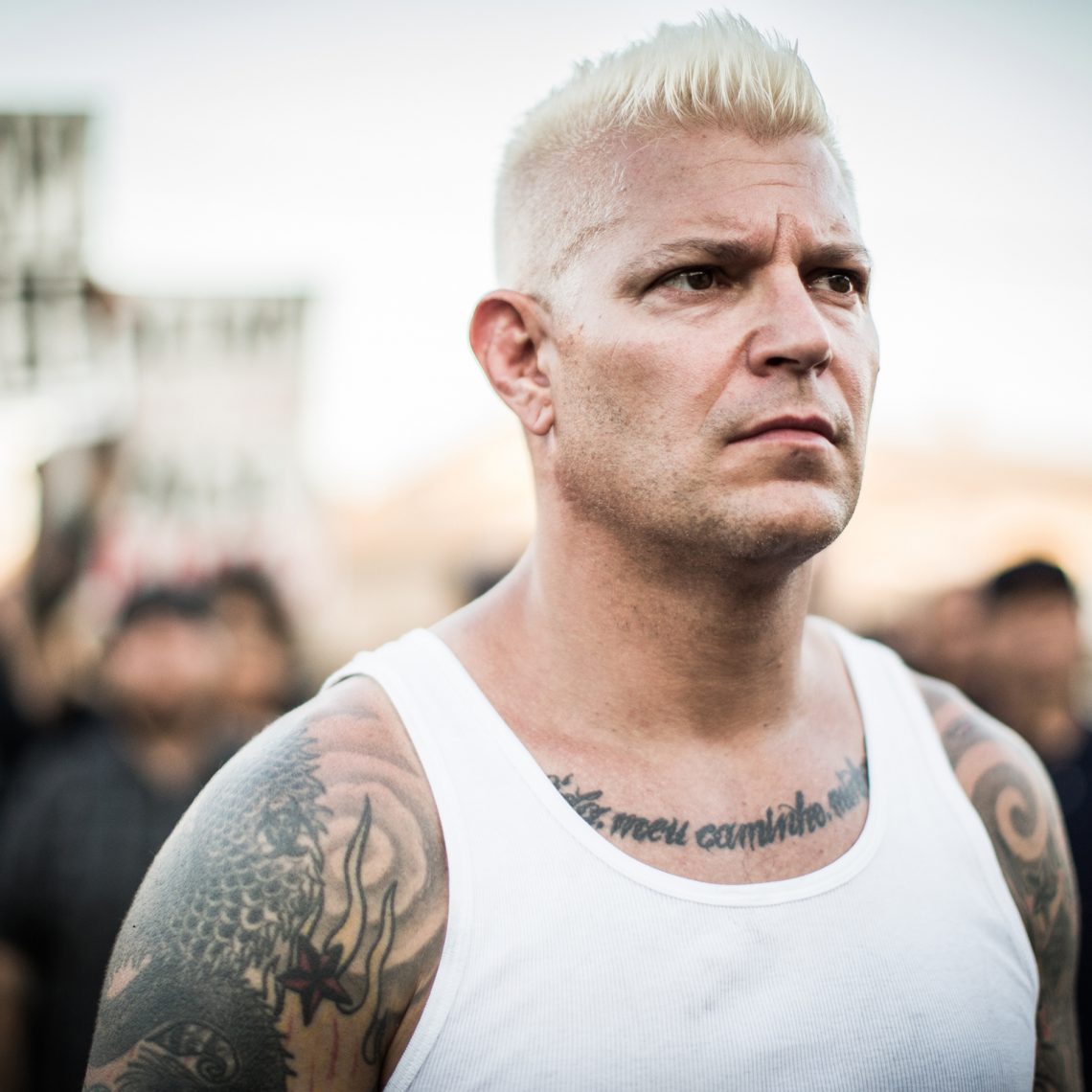 Following on from the release of Billy Graziadei’s critically acclaimed debut solo album ‘Feed The Fire’, BillyBio have just announced that they’ll be heading to Europe and playing 3 UK shows at the end of January, with LA’s Cutthroat as main support.

The album got fantastic reviews across the board & now Billy Graziadei brings his blitzing, high energy hardcore to the UK. These dates are not to be missed! 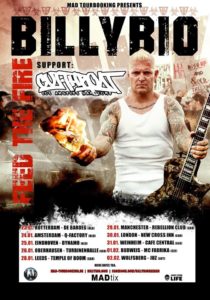 ‘Feed The Fire’ is the first solo release from Billy Graziadei of BIOHAZARD and POWERFLO and is out now on AFM Records.

“…..Feed The Fire shines because it’s not just hard as nails, it’s also hardwired with optimism….”
Kerrang! 4K Album of the Week
“….from political opener, Feed The Fire burns with an intensity to rival any of his previous work…..great stuff.”
Metal Hammer
“…you’ll be hard pressed to hear anything better in the field, old or young, this year……as the final chords of crazy final doom-metal-punk-hardcore anthem disaffected world fade into the ether, you’ll want to get up and play the whole thing again. Undiluted brilliance.”
Sentinel Daily
“A superb album by one of the all-time Hardcore greats.”
MassMovement

Music has always been the central, unifying force in Billy Graziadei’s life. Early musical training took place on the Graziadei family’s old, forever out-of-tune upright piano and he began studying music under the guidance of his Grandfather and Uncle, both of whom he had always admired. So he expanded his musical vocabulary while growing up, finding inspiration in so many forms of music but it wasn’t until he stumbled into the underground world of punk-rock music that his musical taste was really sparked into growth.

“With BillyBio, it’s 100% me. No influence from anyone else. This is who I am and what I’ve become. I’m a product of everyone I’ve met, talked with, shared my stories with…and a bit of their stories as well.”
Billy Graziadei

Immersing himself in the sounds, perspective, and culture of the punk underground, Billy’s desire to create new, innovative music led him to the late 80’s hardcore scene in New York City, from Sunday matinee hardcore shows at CBGB’s to Friday night metal shows at Brooklyn’s L’Amour metal/rock club. It was here that he found his musical home and it was here that Billy helped form a band that would take the metal/hardcore scene by storm. It was the birth of BIOHAZARD. As one of the first bands they combined the urban sounds of hardcore, metal and rap with scorching lyrics describing the forces at work in our modern urban lives.

With an audio engineering degree and years of experience recording BIOHAZARD, Graziadei opened Firewater Studios. This studio became an incubator for Billy’s creativity, where he continues to cultivate his talent while producing upcoming bands.

During the years of touring with BIOHAZARD, Graziadei collaborated with many different musicians. As a result of this the later friendship with Cypress Hill singer SenDog, turned in 2016 into the Supergroup POWERFLO along with bassist Christian Olde Wolbers (Ex-FEAR FACTORY) and guitarist Roy Lozano (DOWNSET). While Graziadei continues to work on new POWERFLO songs as he tours around, he decided that the time finally has come for his solo venture: Billy Graziadei is BILLYBIO.

“I’ve always wanted to do a solo release and the timing of everything that I have been working on just seemed to fall in place. I always let the creative juices flow, I don’t try and restrict them to fit a certain genre. With BILLYBIO, it’s 100% me. No influence from anyone else. This is who I am and what I’ve become. I’m a product of everyone I’ve met, talked with, shared my stories with…and a bit of their stories as well. Anyone who’s a fan of what I’ve done, especially with BIOHAZARD, will love this! There’s something there for every fan of heavy underground music! I’m psyched to release my new music this fall as BILLYBIO. Launching the band in Europe on tour with my family in LIFE OF AGONY couldn’t get any better!”

As you can hear, the anticipation is huge and BILLYBIO will more than deliver the goods. This is the best of all worlds. “Feed The Fire is heavy, fast, groovy and full of energy, I couldn’t have it any other way. It’s full of my roots but modern.”, states Billy.
And producer Tue Madsen agrees: “When I was brought in to mix this record, it was with big expectations, and boy, were they met. These songs keep the energy level so high and have so much to say. Great deliverance, great songwriting and now Me mixing the whole thing. I couldn’t be happier.”