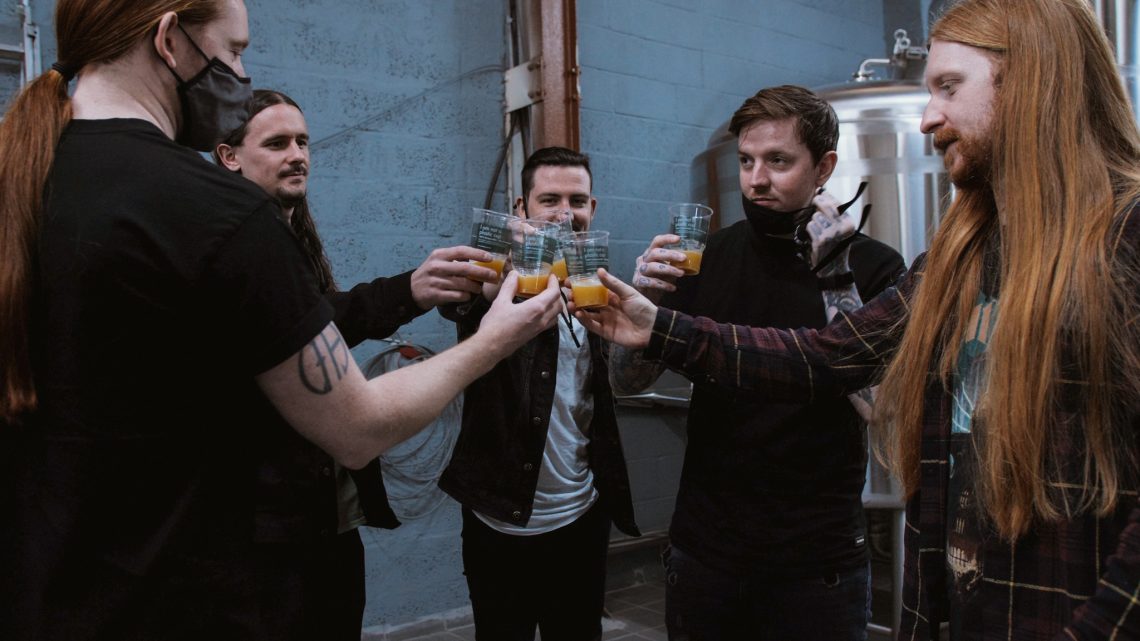 Glaswegian metallers BLEED FROM WITHIN are excited to announce the launch of their second beer. Brewed to celebrate the one year anniversary of their most recent album, FRACTURE is an 8% DIPA, brewed in collaboration with Overtone Brewing Co.

BLEED FROM WITHIN comments: “It gives us great joy to announce the release of our second beer! The team at Overtone Brewing Co. have put together an absolutely fantastic drink for us here – thick, hazy, juicy; it’s everything we love about beer poured into one.”

The new beer launch follows in the wake of a particularly rough year for everyone in our industry. In light of this, BLEED FROM WITHIN and Overtone are splitting all profits between two charities; WeNeedCrew and Music Venue Trust.

The band continues, “Our industry wouldn’t survive without the touring or in house crews that ensure our shows go ahead as planned, and from a band that’s spent years within their walls, we understand the importance of this country’s independent venues all too well. Whilst we patiently await the return of live shows, go visit the Overtone Brewing website today and pick yourself up a can or two. You’ve earned it.”

Watch the band talk about the making of FRACTURE and get an insight into the brewing process in this short film: https://youtu.be/HG2ddYB6aRM

The beer is available to purchase at www.overtonebrewing.com. 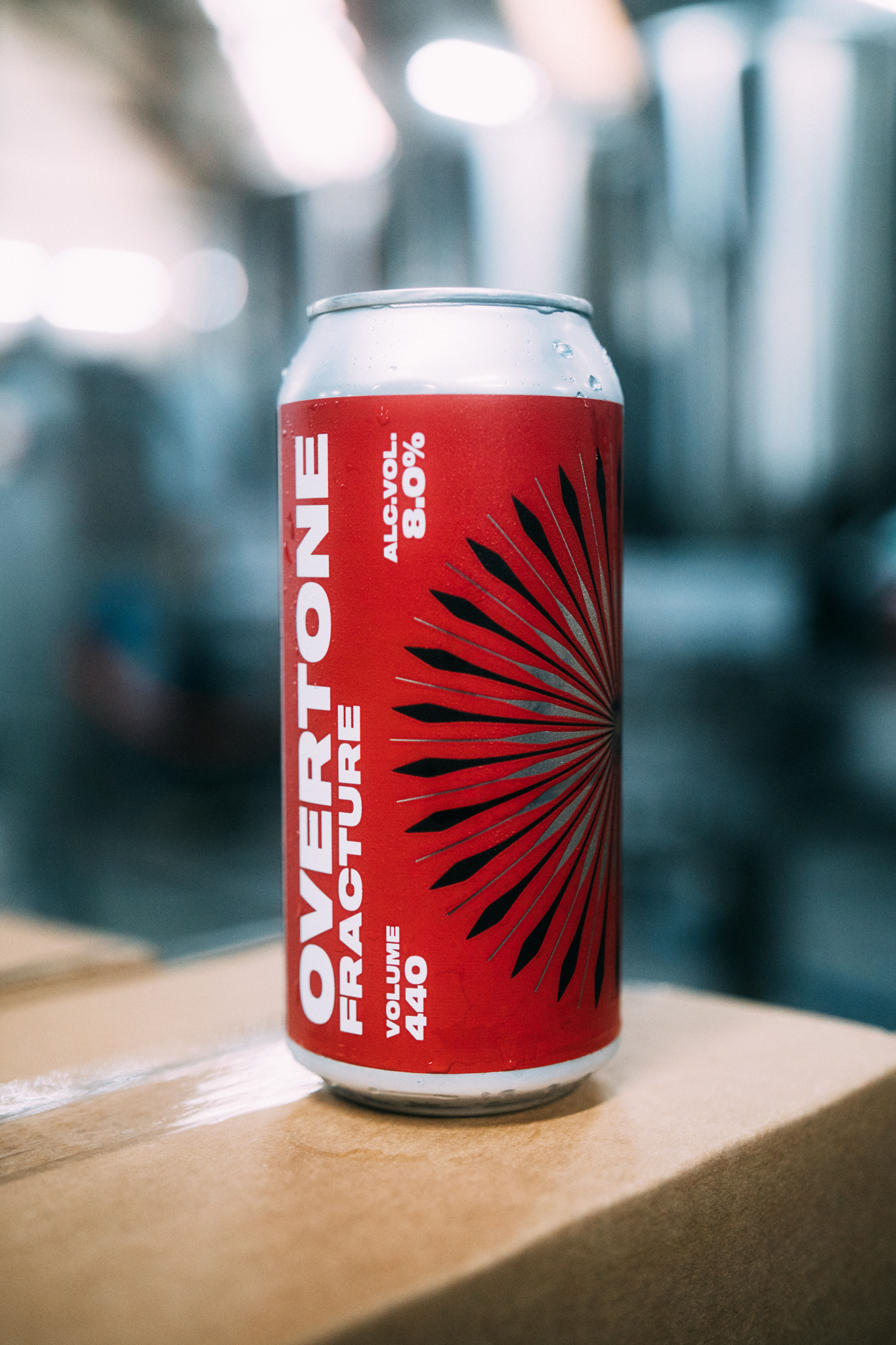 BLEED FROM WITHIN recently announced the support acts for their upcoming November tour. Joining them on the road are UK death metallers INGESTED and former Bullet For My Valentine drummer Michael ‘Moose’ Thomas’ new metal outfit, KILL THE LIGHTS. 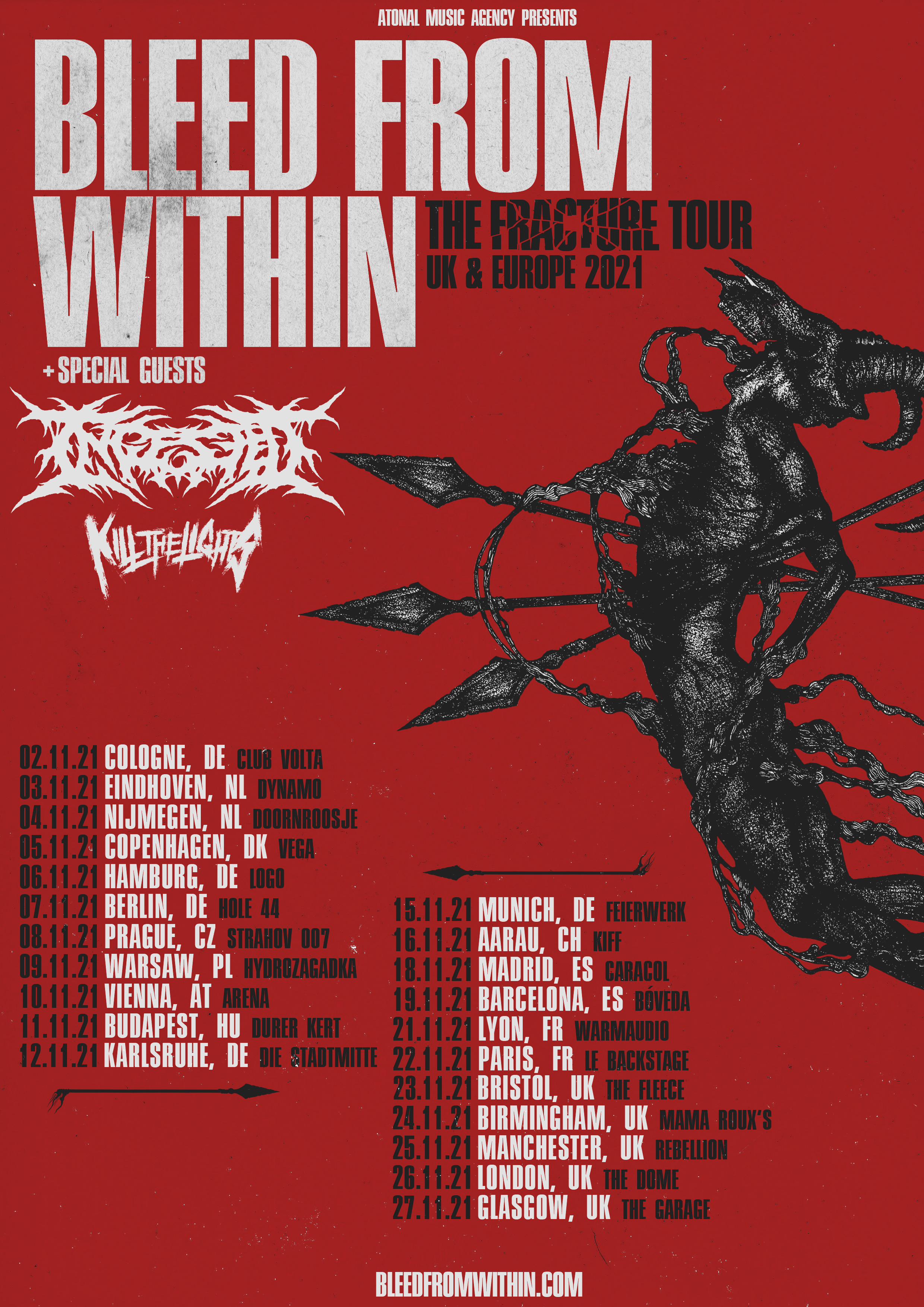 You can also catch BLEED FROM WITHIN on the Ronnie James Dio Stage at this year’s Bloodstock Festival. Bloodstock Open Air takes place from August 11-15 at Catton Park, Derbyshire.