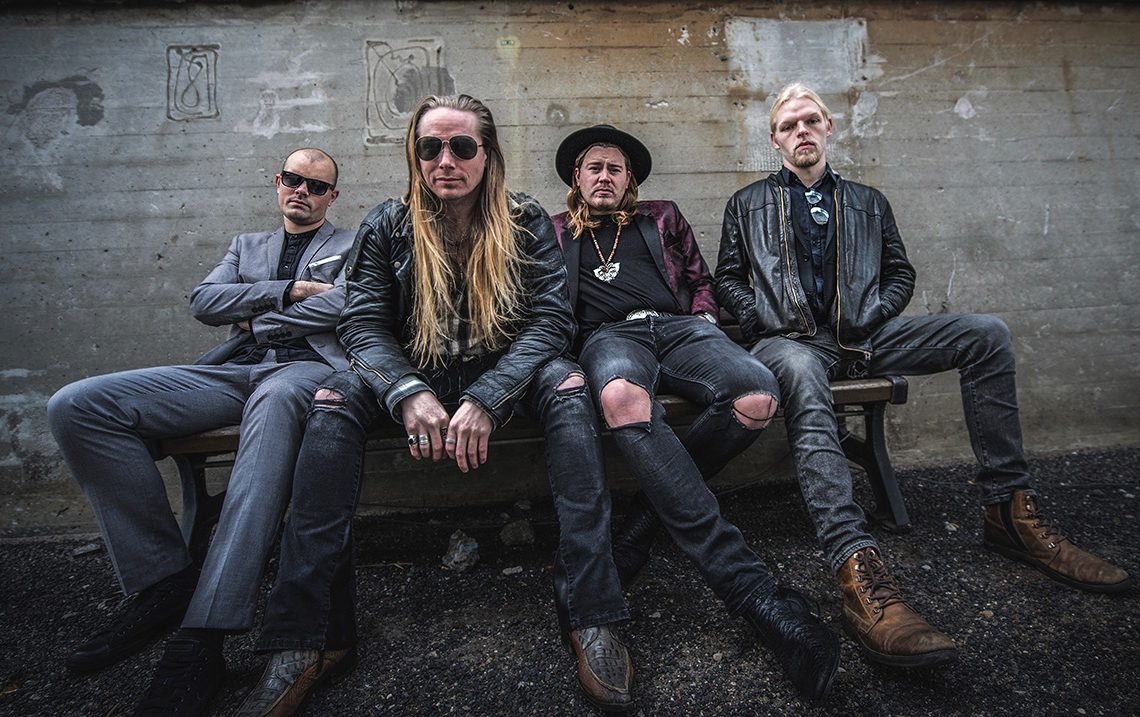 “I believe alien life is quite common in the universe, although intelligent life is less so. Some say it has yet to appear on planet Earth.” Stephen Hawkins.

“We wrote this song with inspiration from the series of BBC Ancient Aliens, since all this seems totally crazy we thought we would write a song about it!”, Lord Sebastian Groset, keyboardist, says.

The band is releasing their long awaited 2nd album titled “Shove It Down” in May 2020. Since the debut album and the subsequent EP, the band has been really busy.

This album was written, recorded and produced by Jimmy (Vocal+guitar), Sebastian (keys) and Christoffer (Drums) in collaboration with Christian Heyman of Heyman Studios. Everything was recorded live and analog and run on tape machine to acquire as authentic rock sound as possible.

“I feel we have found our very own sound for this album. Maybe we spent a month trying to make the drums sound raw and authentic” says the lead singer Jimmy.

The style is rock with big R, and their inspiration from artists such as AC/DC and Deep Purple has made the band focus on the characteristic in their expression in the form of a very strong lead vocal as well as a thick Hammond organ.