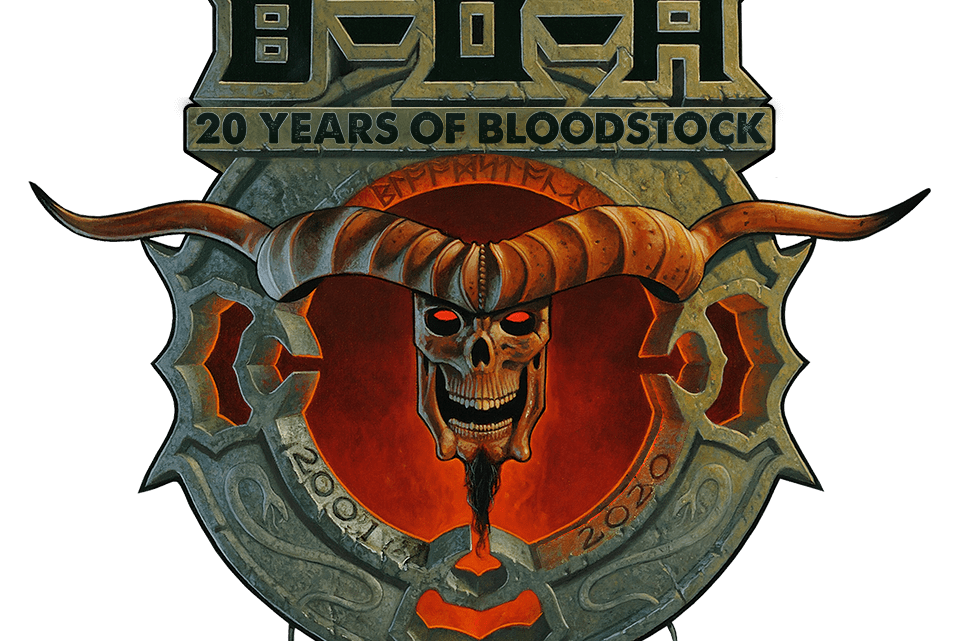 What better than some line-up news from BLOODSTOCK, to banish your January blues and help pass the time to pay day! As we boldly go into 2020, here are seven more bands to whet your appetite for the UK’s best metal weekender.

BLOODSTOCK is delighted to announce that Sunday’s headliner on the Sophie Lancaster stage will be none other than Connecticut bruisers HATEBREED. Jamey Jasta & crew certainly know how to get a pit going and are sure to round out the weekend in pulverising fashion! The group spent the latter part of 2019 working on new music for the follow-up to their crushing 2016 album ‘The Concrete Confessional’ and are promising a new album via Nuclear Blast in the spring! While you’re waiting, warm up your neck with this 2016 banger, ‘Looking Down The Barrel Of Today’, here.
Performing at BLOODSTOCK for the very first time, are BURY TOMORROW. The British metalheads release new album ‘Cannibal’ via Music For Nations in April, so you have ‘til August to learn the new songs to bang your head to! Get started with its title track here. They said, “We’re really excited! BLOODSTOCK are known for showcasing the best bands in the genre, so we’re genuinely honoured to be involved in 2020, see you in August!”The group will be appearing on the Ronnie James Dio main stage on Saturday, promoting the previously announced PARADISE LOST with their ‘Draconian Times’ set to special guests that day.
Also landing a spot on the main stage on Saturday, are home-grown, heavy metal beasts SYLOSIS, last setting foot on BLOODSTOCK’s hallowed ground way back in 2010. The Nuclear Blast signed group drop their long awaited new album ‘Cycle Of Suffering’ next month. Wrap your eyes and ears around the lead track ‘I Sever’ here (and if that’s not enough, head over to their Facebook for another new track they debuted just last week).
Joining them, BLOODSTOCK welcomes Portland, Oregon thrashers TOXIC HOLOCAUST. After a six year wait, patient fans were rewarded with new album ‘Primal Future: 2019’ last October, with the band’s frontman Grind recording all the instruments on it harking back to their early days. Watch the lyric video for ‘Chemical Warfare’ from that album here.
Over on the Sophie Lancaster stage on Saturday, don’t miss the return of atmospheric black metal squad WINTERFYLLETH. While they’ve been working on new material, in September they released live CD/DVD ‘The Siege Of Mercia’, for which the DVD footage was filmed at BLOODSTOCK in 2017! They add, “We have been fortunate enough to have been asked back to perform at the festival on a number of occasions since our early days, and it has always felt like ‘coming home’ when we do.” See the video for ’The Swart Raven (Live At Bloodstock) here.
Californian deathgrind merchants EXHUMED will also appear on Sophie Lancaster stage this year. Formed way back in 1990, the band now have eight albums under their belt to choose the set list from! Watch the video for the song ‘Naked, Screaming, And Covered In Blood’ from their latest Relapse Records album ‘Horror’ here. The song title is not a suggestion of how to watch their set.
Last but certainly not least, Californian three-piece NECROT will be bringing their blend of death metal/punk to the Sophie stage. The group closed out 2019 on a 6-week tour of the USA with EXHUMED! Not familiar with NECROT yet? Courtesy of record label Tankcrimes, you can play their latest album ‘Blood Offerings’ in its entirety here.
Just for a bit of fun to help any of you with January gym resolutions, BLOODSTOCK alumni Venom Prison have created BLOODSTOCK and Heavy Metal Lifting Club a special workout playlist on Spotify. Blast it out here.
BLOODSTOCK’s very popular ticket deposit scheme is now up and running, allowing you to spread your standard weekend ticket purchase over 5 instalments. You can sign up at any time until February 28th and will make your first payment of £29 + booking fees straight away. After that, payments break down as follows: Payment 2 – £29.00 (debited on 27/03/20), Payment 3 – £29.00 (debited on 27/04/20), Payment 4 – £29.00 (debited on 26/05/20), and then your Final Payment – £29.00 + postage (debited on 26/06/20). Please note VIP and child tickets are not eligible for the deposit scheme. Get tickets at the ticket store.
Unsure what to expect? Watch a trailer all about BLOODSTOCK here.
BLOODSTOCK’s 2020 main stage headliners are DEVIN TOWNSEND (Friday), BEHEMOTH (Saturday), and JUDAS PRIEST (Sunday). The festival also welcomes PHILIP H. ANSELMO & THE ILLEGALS, SKINDRED, PARADISE LOST, LIFE OF AGONY, BLACK DAHLIA MURDER, DIAMOND HEAD, JINJER, VIO-LENCE, SACRED REICH, GLORYHAMMER, DARK TRANQUILITY, BUTCHER BABIES, CATTLE DECAPITATION, BLOODYWOOD, MEMORIAM, RAMAGE INC, GREEN LUNG, BOSSK, CONJURER, ORANGE GOBLIN, THE NIGHT FLIGHT ORCHESTRA, UNLEASH THE ARCHERS, and SAXON so far. Many more bands performing over the weekend will be announced in due course.
Standard weekend tickets, VIP tickets, child tickets, and car parking tickets for 2020’s event are available now at the ticket store. A limited number of day tickets will go on sale later this year – sign up for a free reminder here. Campervan tickets for 2020 are sold out.
BLOODSTOCK 2020 takes place at Catton Park, Derbyshire from 6th-9th August 2020. For more info, click to www.bloodstock.uk.com.