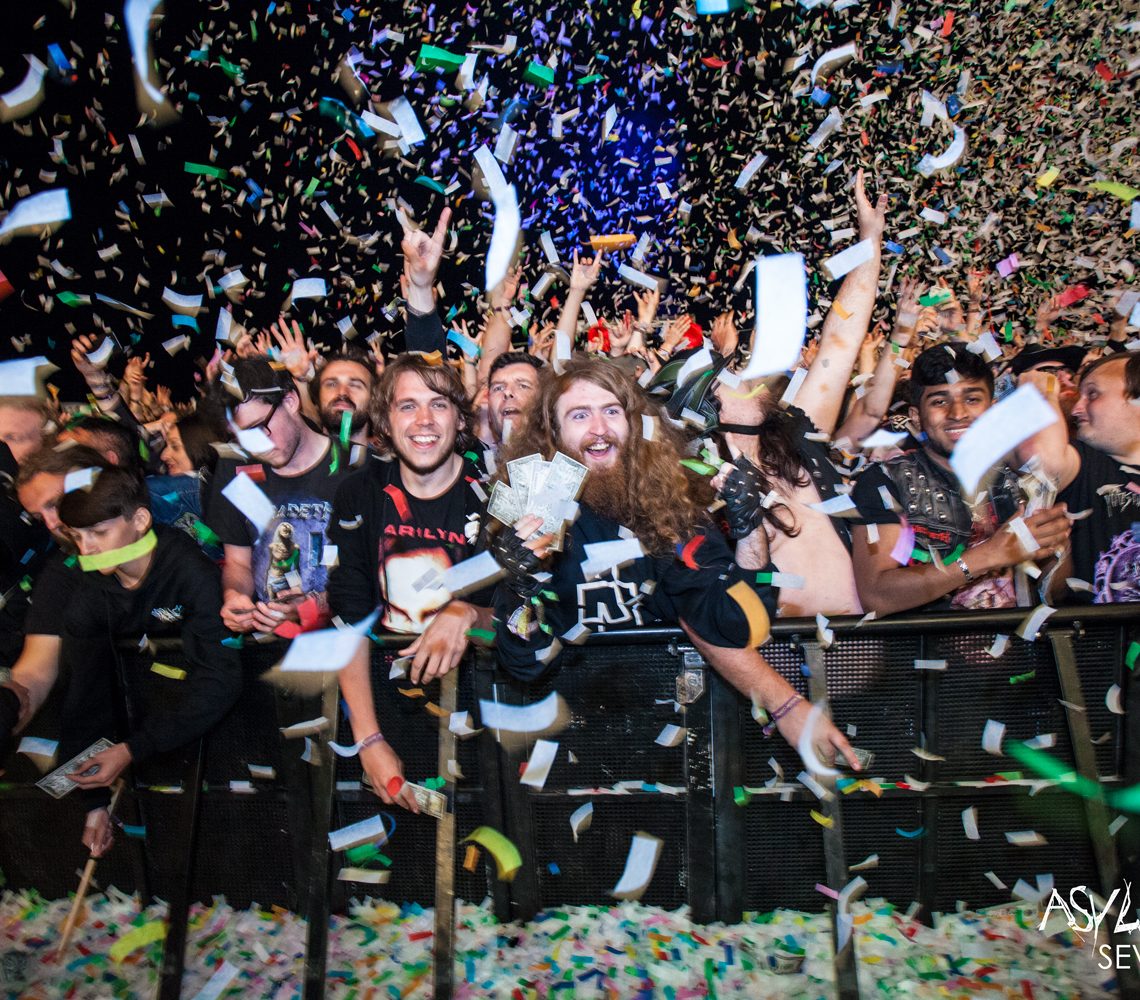 BLOODSTOCK HQ is a hive of activity as a slew of bands confirm slots for the 2020 event.  2020 also sees the festival celebrating 20 years of BLOODSTOCK, so expect some special treats to celebrate at Catton Park next August.

Without further ado, coming to us with an exclusive UK show for 2020, DEVIN TOWNSEND is set to headline Friday on BLOODSTOCK’s Ronnie James Dio main stage!  The show will be a very special set for fans, with more detail on the nature of the set to be revealed in due course!

He also tells us: “OK, folks…wow.  So where should I begin?  Ever since I was a kid, being able to headline a festival as fantastic and forward thinking as Bloodstock has been a dream of mine.  As some of you may know, I’ve been working on several live ‘bands’ lately, from acoustic, to prog and orchestral, with some really artistic and improvisational aspects.  However for Bloodstock, my intention is to do something quite different, and consequently kick ass in every possible way. I am putting together a VERY SPECIAL one-off show for Bloodstock, with a heavy band, playing the very best material for an outdoor festival from my entire catalogue, from SYL up to Empath.  I have always felt that if I was given one shot to knock it out of the park, I wouldn’t hesitate. And my friends, this is the shot! I have listened to what people have been asking for from my catalogue, and with a show like this, a production like we are planning, and the players who have agreed to be involved, this will surely be one of the pinnacle moments in my career.  My intention over the past few years has been to find ways to use different aspects of my work (that fall on opposite ends of the creative spectrum), to ultimately make something really beautiful. Something unified. This show is meant to bring it all together after 25 years of doing this.  Thanks Bloodstock for choosing to rock with me. I can’t wait to see you all there!”

JINJER are also set to make their BLOODSTOCK debut with a slot on Saturday’s main stage.  The Ukrainian metal squad, fronted by Tatiana Shmailyuk, have been making waves in recent years with their heavy progressive sound.  Check out them razing Wacken to the ground earlier this year with ‘Perennial’, a track taken from their recent ‘Micro’ EP; https://youtu.be/bxi3i9wzQBk.  The band are currently readying their brand new studio album, ‘Macro’ for release late October.

Power metallers GLORYHAMMER land a Sunday spot on the Ronnie James Dio main stage.  The band’s current album, ‘Legends From Beyond The Galactic Terrorvortex‘ is out now via Napalm Records.

BLOODSTOCK is also set to welcome the previously announced SKINDRED, BLACK DAHLIA MURDER, VIO-LENCE, SACRED REICH, DARK TRANQUILLITY, and BUTCHER BABIES.  BLOODSTOCK’s remaining two headline acts and many more bands performing over the weekend will be announced in due course. 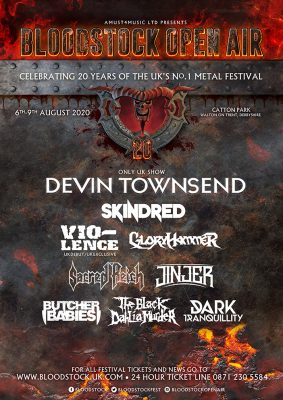 In other great news, BLOODSTOCK is thrilled to announce that 2019’s event raised £7,696.44 on site to benefit this year’s official charity partner, Young Minds.  A giant thank you to all those who contributed to such a brilliant cause.