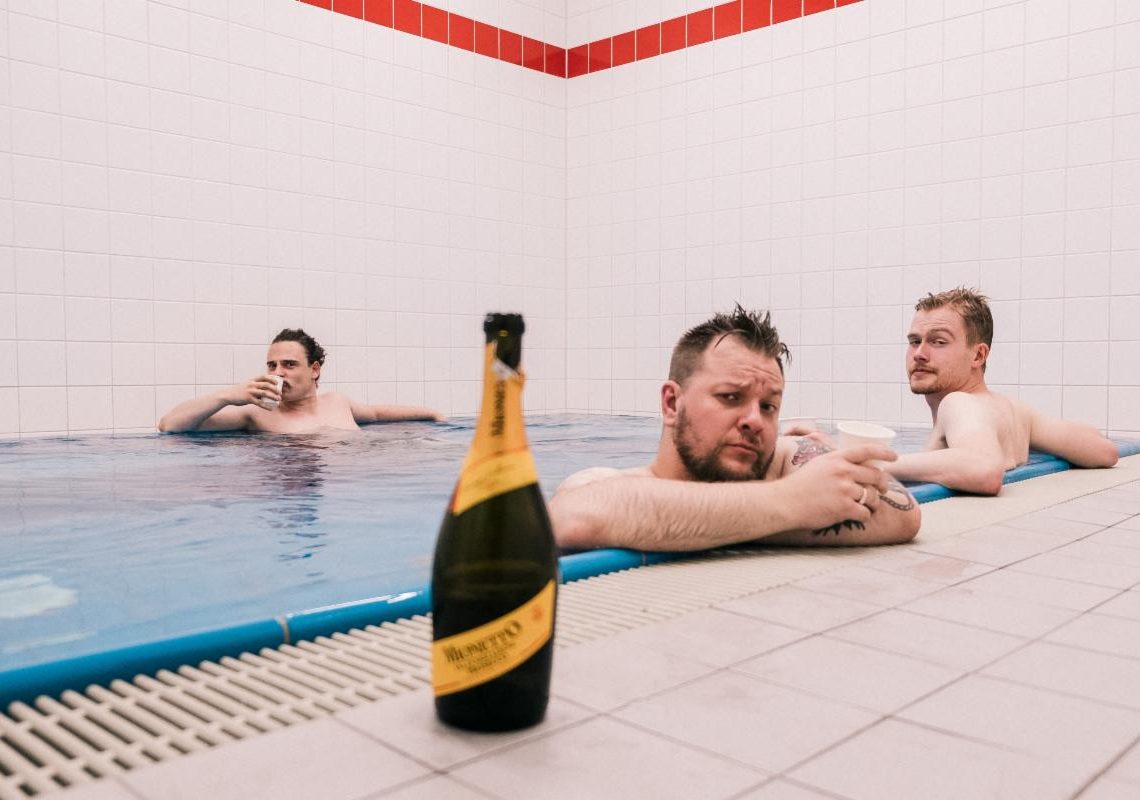 29th November 2019 0 By John Deaux
With just one week to go until their UK co-headline tour with PUPPY kicks off, today stoner-punk scapegraces BOKASSA release a new live version of infectious single ‘Captain Cold One’.
BOKASSA frontman Jørn elaborates on the track, declaring, “Captain Cold One is another character in Bokassa’s ever growing character universe. Captain Cold One follows in the footsteps of the Hellbilly Handfisher, the Crocsodile Dundee, and our ever mythical Immortal Space Pirate. The Captain is a man who lives for the weekend, and every day is a weekend for Captain Cold One! He’s your friend with a devil on his shoulder, he’s the lovable anti-hero, he’s the person voted most likely to not succeed at his graduation, and he is (most importantly) a man who lives like it’s Friday even though it’s only Monday! Musically it’s everything from a hardcore Beastie Boys verse to a pop-punk woah-extravaganza-chorus to a Slayer-esque metal breakdown. I wrote the song after hearing a radio special about songs with woooahs in them, and decided to write the most epic woooah song out there.”
Hear ‘Captain Cold One (Live)’ at: https://bokassa.lnk.to/CaptainColdOneLIVE
Dates are already underway across Europe. The UK leg begins December 6th in London and then rampages through Manchester, Glasgow, Norwich, and Bristol.
Don’t miss BOKASSA and PUPPY at:
December 6th – London, Underworld
December 7th – Manchester, Rebellion
December 8th – Glasgow, Audio
December 10th – Norwich, Waterfront Studio
December 11th – Bristol, The Fleece
Get tickets at: www.bokassaband.com and https://lnk.to/EuroTour.
BOKASSA fuse stoner rock riffs and groove with the energy and volatility of punk and hardcore, into their own unique brand of stoner punk. Recent album ‘Crimson Riders’ was recorded back home in Trondheim’s Brygga Studio, with production by Yngve Andersen (Blood Command), mixing by Simon Jackman, and mastering by the legendary Grammy-winner Brian “Big Bass” Gardener (Dr. Dre, Bad Religion, Avenged Sevenfold, Creedence Clearwater Revival). ‘Crimson Riders’ is out now and can be heard at: https://lnk.to/EuroTour.
Kerrang! 4K
“Their groovy stoner-punk is perfectly pitched to get this party started”
“A staggering exploration of just how many ways there are to make a sonic attack without sacrificing an ounce of momentum”
Metal Hammer 8/10
“The riffs are huge, the energy is infectious, and Jørn Kaarstad does a much more convincing cockney accent than Dick Van Dyke”
“A cross-genre, hook-laden, charismatic statement made for your attention”
Rock Sound
“Crushing together the carefree mayhem of punk and the weight of hardcore while throwing in a hell of a lot of personality for good measure, the Norwegian trio are making friends and inciting pits everywhere they shred.”
Distorted Sound, 10/10
A sonic equivalent of downing an entire crate of beer, crushing the cans on your forehead and jumping straight into a mosh pit.
Total Guitar
“Bokassa’s bulldozer rock recalls the kind of punk-metal bounce that you get with Cancer Bats, albeit loosened with a little stoner slack!”
Powerplay, 8/10
“A shit load of riffs and hooks”