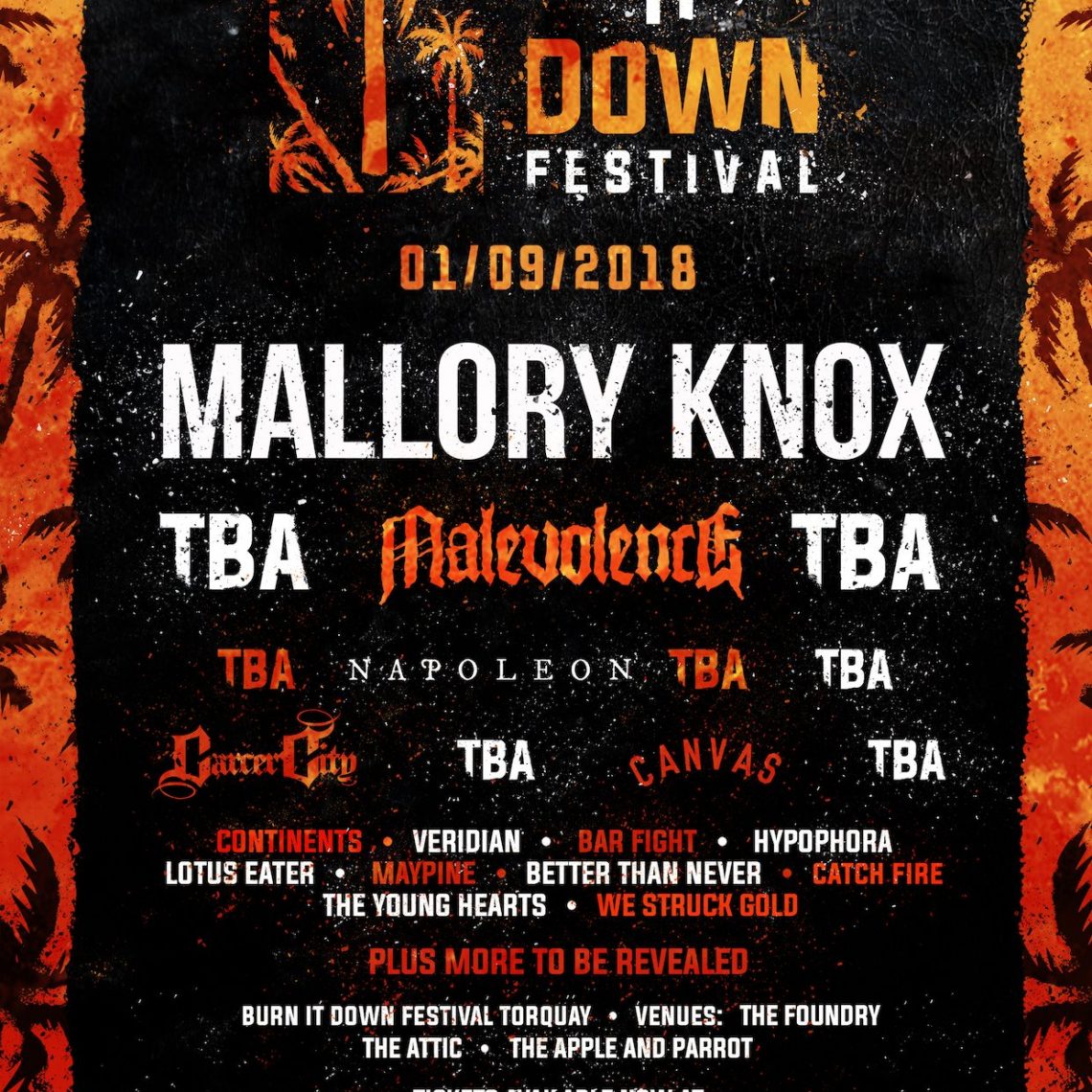 BURN IT DOWN FESTIVAL announce first line up addition of 2018

2018 welcomes a brand new festival to the beautiful English Riviera, join us in welcoming Torbay’s first ever alternative music festival BURN IT DOWN.

The festival will have three stages, one in each of Torbay’s most prestigious live music venues, The Foundry, The Attic and The Apple and Parrot on the 1st September 2018. Boneyard Promotions and The Foundry have been running successful events and shows in Torquay for many years now and BURN IT DOWN FESTIVAL is all set to be their next big success.

“I did this event because I wanted to prove that our area can have a good event. I was sick of people who could of done this years ago but instead made the ‘scene’ worse. I would like to achieve great things with this event so I can put a bigger and better event on next year. I want to keep expanding and growing the music scene around Devon, helping local artists on the way and to have a good time doing it!” states BURN IT DOWN FESTIVAL organiser and Boneyard Promotions owner Matthew Goodyear.

With the likes of Mallory Knox, Malevolence and more already on the bill with others still to be announced, BURN IT DOWN FESTIVAL proves that they have already grabbed the interest from bands with a huge fanbase to come and play in Torbay.

BURN IT DOWN FESTIVAL is set to be the next big event to hit not only Devon but the UK, so get yourselves down to the English Riviera on the 1st September for a day to remember!

We welcome the following bands to this year’s debut event with more yet to be announced: