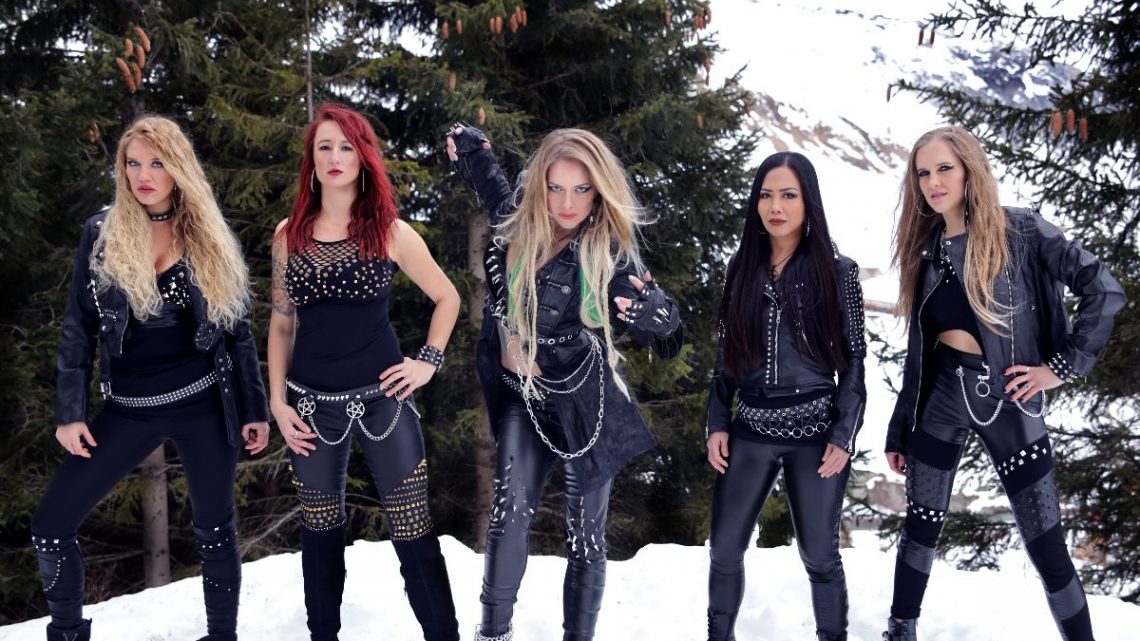 Swiss heavy metal coven Burning Witches and Nuclear Blast Records are delighted to reveal the magnificent cover artwork and the tracklist for the band’s fourth full-length, The Witch Of The North, which will be released on May 28th 2021. 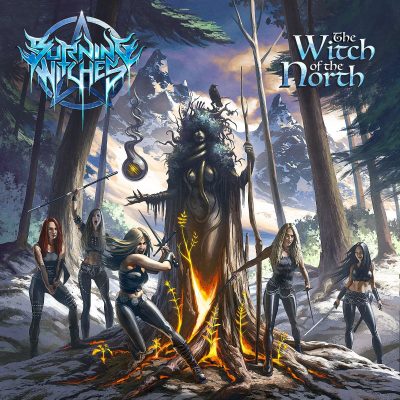 The pre-order for The Witch Of The North will start on March 19th 2021.

Burning Witches comment:
“We are happy and proud to already announce the new album and show you the terrific cover art! We have grown together as a team and have evolved our sound to the next level, the WITCHES 2021 are heavier and more epic than ever! So is the cover: Claudio Bergamín‘s amazing art is the perfect reflection of the record: icy, mystical, timeless and powerful! Please meet the THE WITCH OF THE NORTH and fall in love with our evolution!“

The cover artwork was created by Chilean artist Claudio Bergamín (Judas Priest‘s Firepower) and it sets the mood for the enthralling journey through enchanted forests and across snow-capped mountain tops that is: The Witch Of The North.

Cover artist Claudio Bergamín states:
“The one and only Schmier from Destruction, reached out to me to ask if I’d be interested in doing the new Burning Witches album cover. Needless to say I was delighted to jump on board. The band had a very unique concept so it took me a couple of weeks to come up with an idea I was happy with. They wanted a classic looking illustration; pretty much in the vibe of Ken Kelly and Frank Frazetta. The Forest Witch was inspired by The Ents from ‘Lord of The Rings‘ and Botticelli’s ‘Birth of Venus’. The girls’ depictions were done in pure comic book style, and working on their faces to make them look as close as possible to the real people was a lot of fun. I wish more bands would ask me for that!“

Swiss heavy metal coven Burning Witches and Nuclear Blast Records proudly present The Witch Of The North, the group’s much anticipated, fourth studio album set for worldwide release on May 28th, 2021. Following 2020’s Dance Of The Devil, which charted at #22 in Germany, and the quickly sold-out Circle Of Five EP, vocalist Laura, guitarists Romana and Larissa, bassist Jeanine and drummer Lala notably upped the ante on The Witch Of The North, delivering their most dynamic, intricate and powerful album thus far. Perfectly mixed and mastered by V.O. Pulver and produced by German thrash titan Schmier (Destruction), Burning Witches stick to their irrefutable 80’s influences (Judas Priest, Iron Maiden, Dio, Accept, Warlock, WASP etc.) and inject irresistible energy and a refreshing vibe, topping it off with classic art by Claudio Bergamín (who illustrated Priest’s triumphant Firepower). From the epic title-track to the album’s catchiest anthem ‘We Stand As One’ over to the ballad ‘Lady Of The Woods’ and speedy riff attacks like ‘Thrall’, ‘Flight Of The Valkyries’, and ‘Nine Worlds’, The Witch Of The North marks a new highlight in the band’s career, with vocalist Laura brilliantly shifting from aggressive to seductive with ease. It doesn’t matter if you have followed the band since its humble beginnings in 2015 or just recently fell for their charms, Burning Witches are doubtlessly one of the most sensational bands in heavy metal right now.