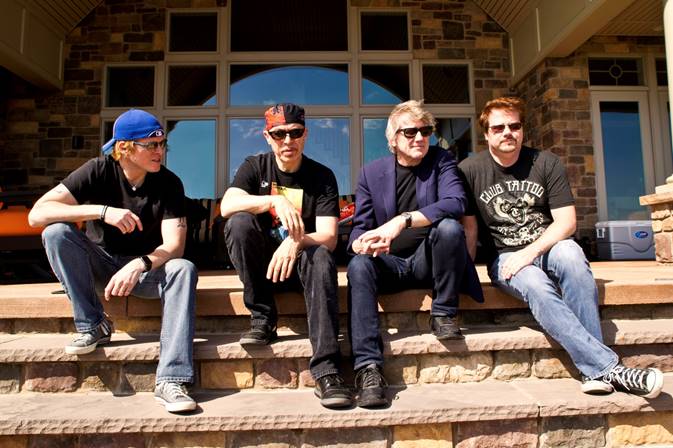 RES 9 Management along with Mascot Label Group is pleased to announce that Rik Emmett and his new band, RESolution9, have just delivered an album of 11 brand new rockers as part of a multi-album, worldwide deal.  The album, entitled RES 9, is tentatively slated to be released through Mascot Label Group in November 2016.

The members of RESolution9 are from Rik’s touring quartet: Dave Dunlop on guitar, Steve Skingley on bass, and Paul DeLong on drums, with Dave and Steve co-producing the project. Much of the album was recorded and mixed at Mississauga’s famed MetalWorks Studios, where Rik enjoyed a profoundly comfortable re-connectivity to his own roots. In fact, the other two founding members of Triumph (Gil Moore and Mike Levine, from the trio that received 18 gold and 9 platinum awards in Canada and the U.S. in the 70’s & 80’s) reunite with Rik as special guests on “The Grand Parade”, a song that conjures 1979’s “Suitcase Blues”.

Canadian Rock and Juno Hall of Famer Rik Emmett says, “I’m really happy and grateful that Mascot Label Group gave our band complete freedom, and trusted us to do our best.  Some might see this as a comeback record, but I’m really proud of the vitality the band generated. For me, it’s always about the songwriting – how the melodies and sonic landscapes capture the storytelling.”