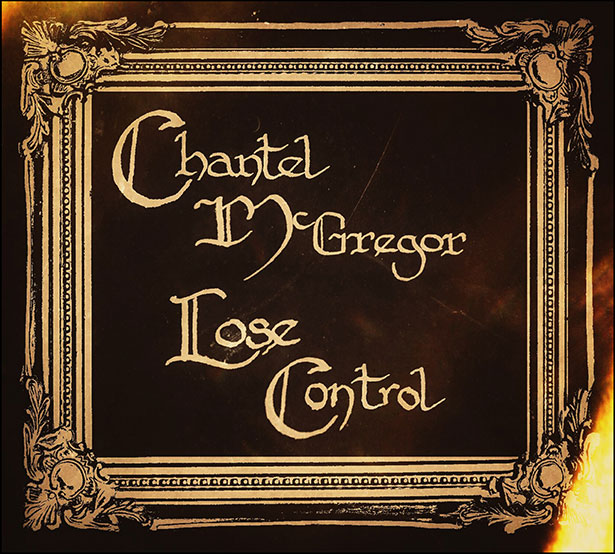 Chantel was recently nominated again in the Guitarist of the Year category in 2015‘s British Blues Awards.

To be perfectly honest it’s no real surprise that she has gained the accolade that she has especially after listening to the new album.

Take The Power kicks off proceedings with a serious guitar hook before kicking into a great rock n roll tune that grabs you right by the short & curlies & drags you into an album that demands your attention.

Up next is Your Fever which is a more grungy & musically dirty. Chantels vocal is very seductive & incredibly sultry. The guitar solo on the track is understated as Keith McPartling punctuates it with some of the finest drum fills this side of Mike Portnoy.

Burn Your Anger is probably the most commercial track on the album & certainly wouldn’t sound out of place on American radio.

Track 4 brings in Anesthetize which is such a beautiful mellow song & shows Ms. McGregors songwriting & attention to arrangement detail. The strings add a 4th dimension to an already well rounded 3 dimensional track.

Southern Belle brings Chantel right back to her blues roots & reinforces why she has been  nominated & won so many awards.

The title track Lose Control ties the concept of the album together very nicely & would serve well as a potential single for this record.

Home is a very reflective ballad. You can tell that this is a very personal track with not only how the music is phrased but also what the lyrics express as it’s a real country track. You can almost imagine this being written sitting in a hay filled barn in the middle of nowhere.

Killing Time is a really heavy rocker & will be an amazing live track & fan favorite.  You can’t help but move to this song. Kicks like a pissed off mule.

Eternal Dream is another beautiful almost melancholy song which encapsulates the artist that she has loved for years & pays a great tribute to Jeff Buckley.

The albums closer Walk On Land is one of this years finest prog rock songs. You can tell that Chantel has taken a lot of influence from not only Dream Theater (she does use a Music Man JP6 after all), Steve Wilson & Porcupine Tree. This is the 1st prog track that Ms. McGregor has written but you wouldn’t know it by listening to the track.  It paints one hell of a picture in the listeners mind & really does bring the record full circle. The multi layered vocal has such beauty to it.

The album in it’s entirety has a common theme running through of gothic imagery which makes it almost a concept album but each track stands out on it’s own.

Chantels double tracked vocals are amazingly tight & the production on this album sounds loose which is a compliment to Livingstone Brown & Chantel who have obviously spent alot of time on the arrangements.

The girl can obviously shred but she does so in a very understated & despite the title of the album, a controlled way.

This is a hard album to categorize & pigeon hole which in this day & age of labels & boxes is a good thing.

When this album comes out on the 9th October, treat yourself & if Chantel is playing in a town near you buy yourself (& maybe some-one else as well) a ticket & watch her live. It’s an experience you wont forget.