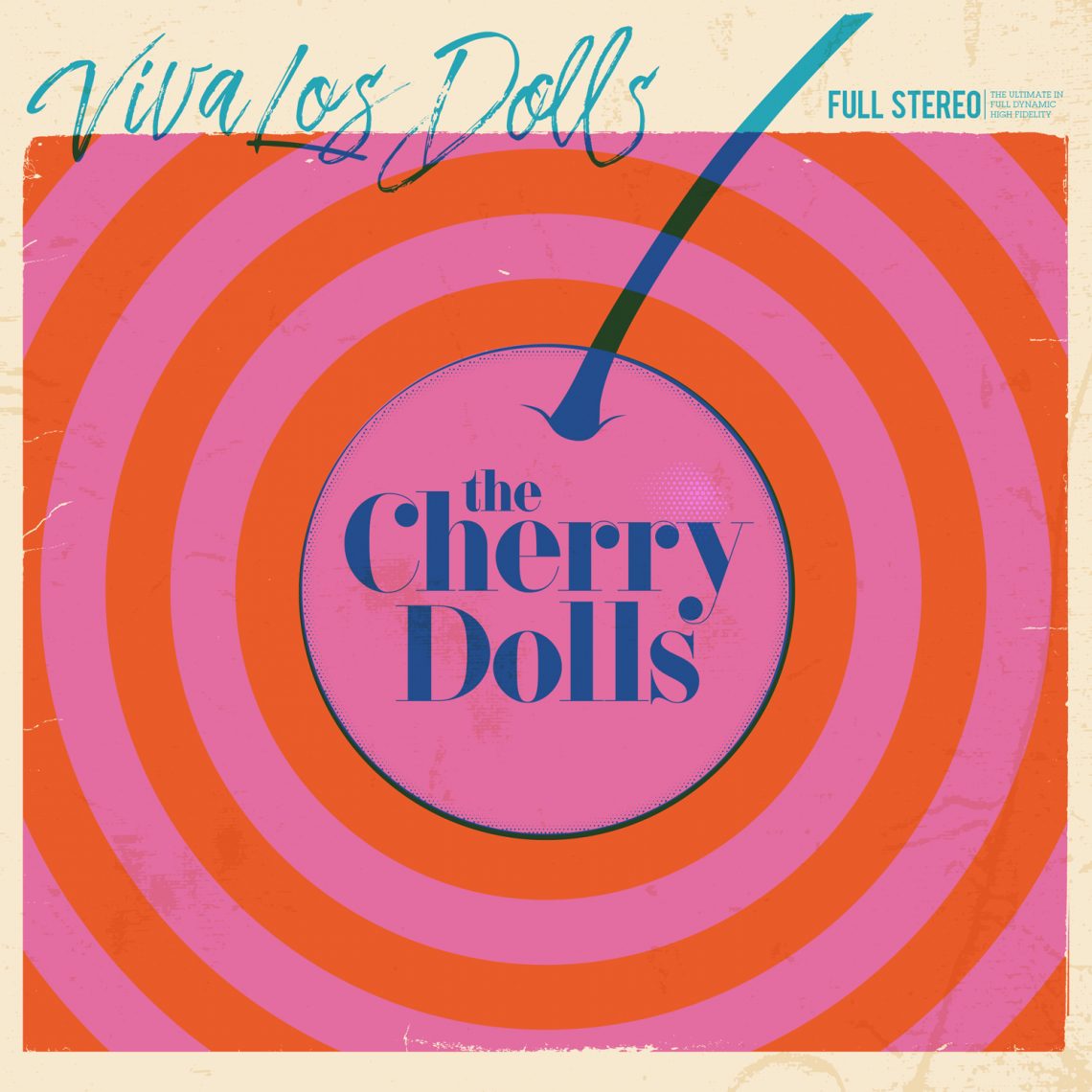 Have you ever heard someone being described as, having an old head on young shoulders? It’s a common enough saying, basically stating that someone is wise beyond their years…sometimes you’ll hear a younger person say they were born in the wrong decade because mentally, they feel they belong in a bygone era , born too late…well luckily for musicians, they can do something about it. Everyone’s tastes vary and that means influences come from all walks of life, and for some bands, the simplicity of early rock ‘n’ roll is as appealing today as it was in the 60’s and 70’s…bands like HOUDINI DAX channeled the likes of THE BEATLES in their indie inspired era-splicing rock…and here we’re going to talk about a band from Australia doing the very same thing. Allow me to introduce to you THE CHERRY DOLLS. Formed in Melbourne and consisting of vocalist Joshua Aubry, guitarists Jakob Kagan and Jim Stirton, bassist Brendan West and drummer Thomas Van Der Vliet, they recently released their newest album “Viva Los Dolls”…let’s check it out…

The album begins with “Cop Out” and immediately we’re met with the simple percussion and tinny guitar tones of early rock ‘n’ roll…we’re talking THE ROLLING STONES and the NEW YORK DOLLS…it’s got a real stripped back minimalist approach which lends itself to a primarily older audience who would fondly remember the good old days, courting in dance-halls and clubs on the weekend, the aggressive switch in tone at the end however detracts from its nostalgic qualities and it ends questionably, though it’s not entirely disappointing. “Slave” follows up right away with a more groove-laden rhythmic piece…far more up-beat and energetic, though it retains the simplistic values and would appeal to fans of say, THE HIVES or early TURBONEGRO, this is much more fun.

Elsewhere tracks such as “Bottom Of The Well” utilize a solid indie-based structure; Joshua’s clean vocals have a subtle drawl to them adding a touch of character while the simple guitar use of guitar allows for a strong climax and it’s all infectious and enjoyable…”Love” then is considerably livelier with a sense of swagger and a little more attitude especially from a vocal standpoint, before album highlight “Begging You Please” utilizes delicate stoner rock qualities, with its fuzzy guitar tones, echoed vocal effects and generally dreary, stripped back approach. There are a couple of lesser moments here however, in particular “Hollywood” has a very lethargic feel to it, despite the chorus doing its best to bring the song to life, it’s essentially quite flat and lacks any glitz and glamour the name may suggest, while “Lemon & Lime” ironically sings of having a good time in the most miserable, dreary way imaginable…it’s a tongue in cheek sort of self-depreciating approach but the irony here is that, really, the song is just depressing. Imagine Snoopy made an album of JEFF BUCKLEY covers and got bored halfway through recording it… Overall the album has its moments and fans of modern indie as well as old-school rock ‘n’ roll will find enough charm here to get them through, but there’s nothing truly gripping about it, these cherries aren’t quite ripe just yet.