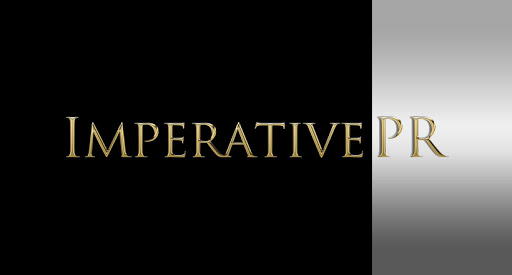 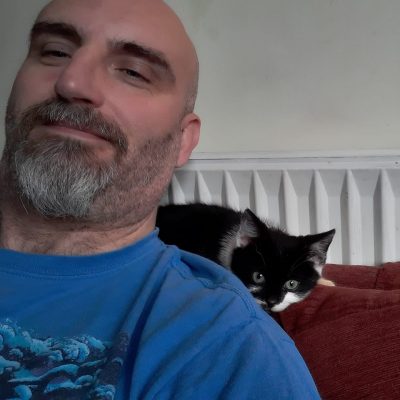 Imperative PR have an impressive roster of rock, black, death, doom and  thrash metal bands. Including Forged In Black, Detritus and Zebadiah Crowe to name a few. We caught up with Chris Kee during Lockdown 3.0 to have a chat about his animals.

I was about to say that I had six cats, as I’m still getting used to the fact that we lost one of them a few weeks ago…we have five cats. They are called Blossom, Lilly, Jeff, Larry and Elf. Their names are the names they had when we found them. I don’t like to change their names.

Blossom, Lilly, Jeff and the recently lost Rosie all came from the same litter, rescued from the roof of a halal butcher’s in Brixton market. They were a litter of seven and the rescuers gave all the females names associated with flowers and the males names that started with ‘J’. This bunch have been with us for nearly thirteen years. We then have two more recent arrivals…

Larry is a beautiful cat but a neurotic bundle of nerves. He was abandoned as a new born kitten and has been with us for four years now.
Elf was found at a few days old, abandoned, starving and near death. He’s been here for a year and is now happy and a bit chubby. 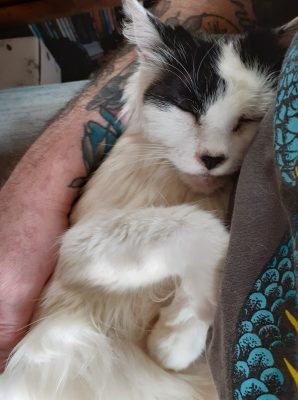 What’s the weirdest thing you have done with your cats?

Apart from long conversations I don’t think I do anything weird with the cats…I don’t even consider that weird to be honest! As for them…well they went through a stage of bringing home live frogs and depositing them round the house in the night – that was fun. And there’s a current obsession with eating margarine whenever possible. On the whole they’re pretty chilled and ‘normal’ though.

What is the best trick any of them can do?

Bit limited in the tricks department, although Lilly is pretty adept at twisting herself in impossible knots. A previous cat, Benjamin, was great at using the toilet, which could give you a bit of shock when you went into the bathroom.

This past year has been a shit show, have your cats helped you cope with being at home?

Blossom is my constant companion, always by my side night and day and I wouldn’t have it any other way. Don’t know what I’d do without her. I usually have two or three cats with me, on me or beside me while working. Life wouldn’t be the same without them. 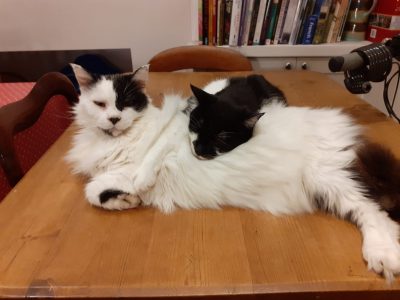 Yeah I’ve always been an animal lover – generally prefer them to humans! In the past I had two lovely rats ( Jeff & Arthur), a jird – a tiny desert rat with back legs like a kangaroo –  called Jip and a green iguana called Marsha. I would never buy any animal now with so many abandoned and desperately needing homes and especially not an exotic animal as the trade in them is awful.

No, no dressing up for my lot. 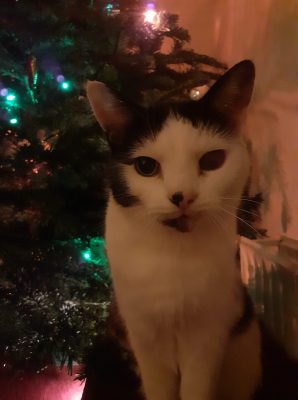 Do they like it when you play music at home? Do they seem to prefer any particular genre of music more than another?

I guess because they have always been around my music they are all very comfortable with it, everything from Kate Bush to Cannibal Corpse. They don’t even mind my dreadful guitar playing. I tend to think Jeff is a bit more into his classic rock – Deep Purple in particular.

Who looks after your pet whilst you’re away?

We’re lucky enough to have neighbours who are happy to pop round and give them some company and plenty of food.

Any new music in the pipeline from the roster?

I stick very much to writing about music (for Zero Tolerance and Powerplay) and helping other more talented musicians get their work heard (through IPR) these days! Really looking forward to the new albums from Final Coil and Consecration getting out there at the moment. I think a lot of people are going to be very impressed! 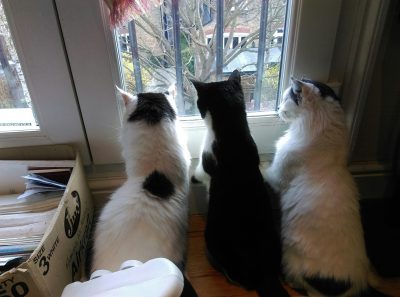 Have you anything you’d like to say to your supporters?

All I will say here is a big thank you to everyone who has supported any of the bands that we are lucky enough to look after at Imperative PR. Take care of your animal companions and show ALL animals the love and respect that they deserve.

Chris, thank you for your time. It is an absolute pleasure to work with you and the bands