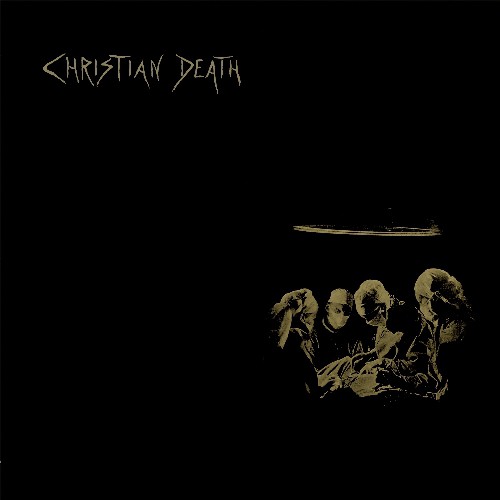 Gothic death rock pioneers CHRISTIAN DEATH will be reissuing their dark 1986 opus, ‘Atrocities,’ on both CD and vinyl format via Season of Mist on July 9! In addition to being available in standard black vinyl, the LP will also be available on a limited edition sun yellow 12″ vinyl (33 rpm).

The reissues are available for pre-orders at THIS LOCATION. 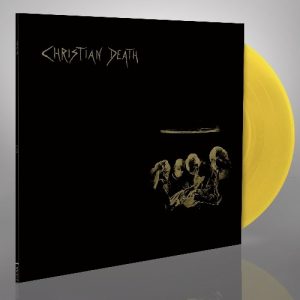 This is part of an ongoing series of vinyl reissues of Christian Death’s acclaimed catalog via Season of Mist. Previously, the label reissued LPs for the band’s highly influential ‘Catastrophe Ballet’ (1984) as well as ‘The Root of All Evilution,’ ‘Ashes,’ ‘The Scriptures,’ ‘American Inquisition,’ and ‘Sex and Drugs and Jesus Christ.’ All vinyl reissues can be found at the Season of Mist E-Shop.
Tracklist:
01. Will-O-The Wisp
02. Tales Of innocence
03. Straping Me Down
04. The Danzig Waltz
05. Chimere De-ci De-la
06. Silent Thunder
07. Strange Fortune
08. Ventriloquist
09. Gloomy Sunday
10. The Death of Josef 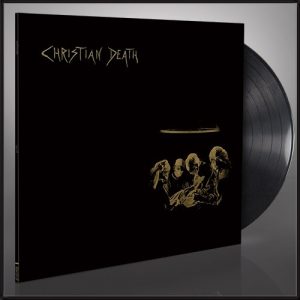 “Christian Death take a relentlessly confrontational stand against organized religion and conventional morality, with an appetite for provocation that makes Marilyn Manson look like Stryper.” – VH1

“One of the top ten goth bands of all time.” – Rolling Stone Magazine

Founded in Los Angeles in 1979 by Rozz Williams, the hugely-influential band trail-blazed the American goth and death-rock movement with their debut album, ‘Only Theatre of Pain’ (1982) and genre-defining ‘Catastrophe Ballet’ (1984) and ‘Ashes’ (1985). Of these, ‘Ashes’ is a true testament to the CHRISTIAN DEATH legacy, as it marks the final appearance of the classic band lineup. ‘Ashes’ features the final recordings of founder Rozz Williams alongside current CHRISTIAN DEATH main-man Valor Kand, vocalist-keyboardist Gitane Demone and drummer David Glass before Williams’ untimely demise in 1998.

The Studio features several buildings in a remote farm village, one of which, according to local tradition, is allegedly haunted, and as experienced by certain members of Christian Death.

Cover concept and design by VALOR