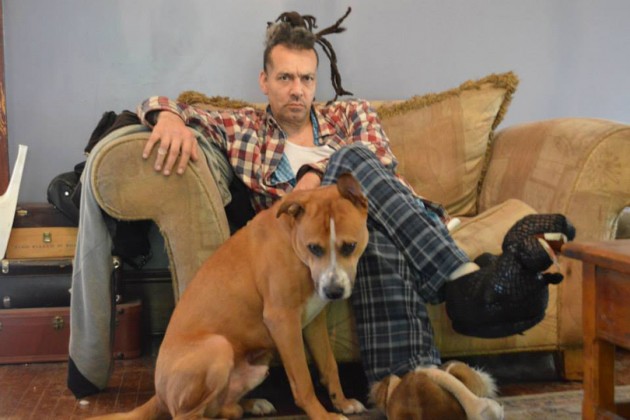 August 7, 2017 – Legendary Front-Man Chuck Mosley–ex-Faith No More/Bad Brains/Cement–has concluded the European leg and now is launching the North American leg of his “Reintroduce Yourself 2017” Tour. The tour launched August 6th in Youngstown, OH and will wind throughout North America and winding up back in his home town of Cleveland, OH on November 3. 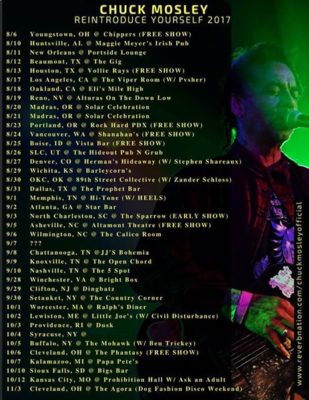 Chuck Mosley has been reported dead at least three times in his life, but he says, “In reality its only happened once.” 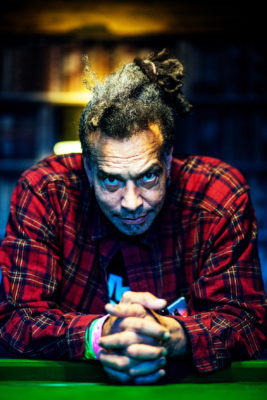 Now in the second year of his Reintroduce Yourself tour, which includes “a mix of old songs going back to the Haircuts That Kill days up through new material no more than a month old,” Chuck’s stubborn resilience has kept his career going through many phases. Currently playing out as a “semi-acoustic” four piece (including Cris Morgan on guitar, Joshua Nelson on bass, and Douglas Esper on percussion) Chuck is still challenging the boundaries of musical genres.

Last year saw VUA, who Chuck handles vocals/guitar duties in, release, Demos For Sale, on EMP Records (A label run by David Ellefson of Megadeth and Thom Hazaert), he sang and played guitar on the latest from indie group Indoria, even recording an early version of his song “Bella Donna” for their EP, You’ll Never Make The Six. He also reunited with his old friends from Faith No More for two shows to celebrate the re-release of “We Care A Lot,” which cracked the Billboard top 200, thirty-one years after its initial release..

This year, EMP will reissue Cement’s, The Man With The Action Hair, which was shelved just before its release due to a van accident that left Chuck with a broken back, unable to tour for over a year. The album was remastered by Bill Metoyer and features new artwork by Pip Logan.

While playing extensively through the US, the U.K., and France, Chuck spit out a dozen or so new songs, which are being fine-tuned in preparation for an upcoming recording session with renowned producer Matt Wallace (Maroon 5, Mushroomhead, Deftones)

When asked about producing Chuck’s new songs, Mr. Wallace said, “I’m fucking thrilled to have the opportunity to work with Chuck again. I’ve always been a die-hard fan of the honesty in his lyrics and his deceptively simple melodies, that always become earworms and soulworms.”