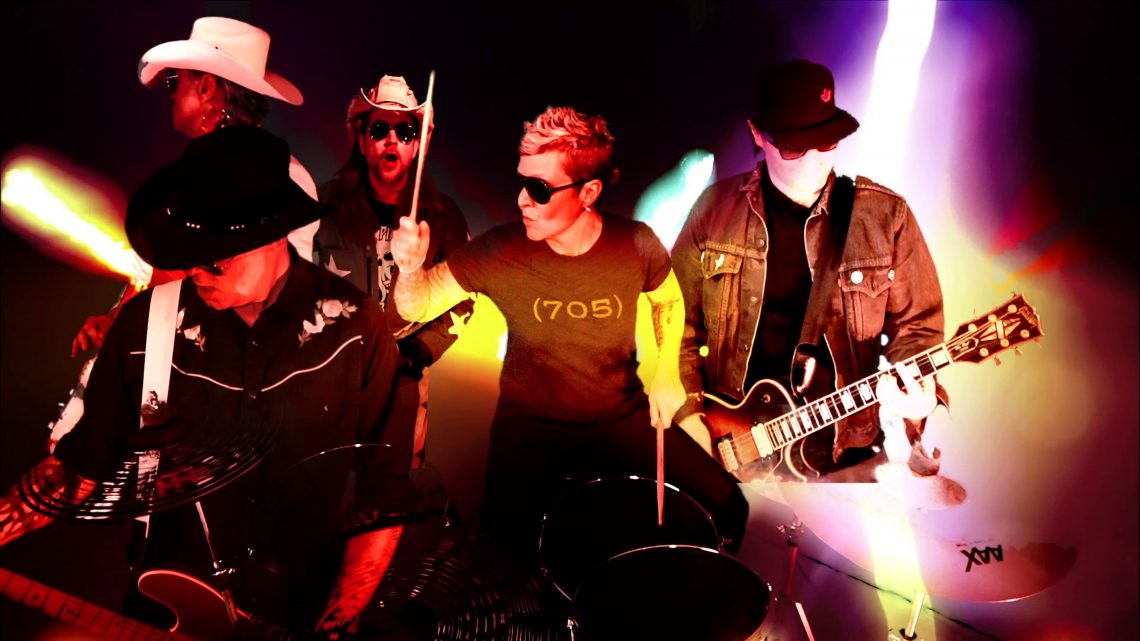 Established in 1999 in Toronto, Canada, legendary rock armada WHITE COWBELL OKLAHOMA have remained a behemoth of over the top rock n’ roll for over two decades. We caught up with vocalist Clem for a chat about his Raccoons

So Clem, what’s the deal with these raccoons? Here in Toronto everyone keeps a feral colony of overfed raccoons in their attics, under their decks, in their walls. The alpha creature here is named Mangy, for obvious reasons. WCO have previously written lyrics about rattlesnakes and other desert wildlife, but it would be more accurate for us to write about semi-rabid procyonids. They have opposable thumbs and are constantly mulling ways to murder us in our sleep and take over society at large.

What is the weirdest thing they’ve done

I have literally woken up at 4am to find three raccoons in my kitchen, making an omelette or polenta, or some shit. They also crapped in the sink.

We’ve heard they make amazing chefs. But I think even Gordon Ramsey would take umbrage with them shitting in the sink.
I’m actually terrified to find out the magnitude of these raccoons’ skills and trickery. I feel there is a deep, long-term plot afoot. Their best tricks, so far, are figuring out how to enter a locked, third-floor apartment, make a smorgasbord of everything, shit on my pillow, then exit through whatever magic portal they entered via.

With all the lockdowns during the global pandemic that is Covid, how has having raccoons helped?

The raccoon colony has helped by making me reconsider my survival skills, as well as to learn to sleep with one eye open. I don’t know if they’re naturally prone to territorial advancement, or if they’re just waiting for cold revenge for some mysterious grievance that only they are aware of. It’s really affecting my mental health.

Ah, so not so good then. Have you always been a lover of animals?

I used to be an animal lover, until the heavy knowledge – that the raccoons shall inherit the earth – came crashing down upon me like a thousand David Attenborough’s in Iron Man costumes.

Have you tried to dress them up yet, just to cheer yourself up?

People outside Toronto think raccoons are cuddly little teddy bear animals. Until they go close to one and the chubby demons turn into a cross between a gremlin-after-midnight and the mother creature from Aliens. I wouldn’t dare try to dress those feral monsters in a costume. Especially Mario. He’s quick with a knife.

He would be, he’s a chef after all.
Have you discovered if Mangy or Mario prefer a specific genre of music?

Raccoons are, strangely (or maybe not), really into Wagner. And that’s just about it. I hear them humming “Flight of the Valkyries” in the walls. I realize I should probably go see a doctor about this.

Who looks after them whilst you’re away on tour/holiday?

I leave the raccoons to their own devices when WCO go on tour. I come home and they’ve moved around the furniture, just ever so subtly. If Torontonians stopped making so much edible trash, the raccoons would likely just eat the weakest among them. I’m quite sure of that. Little monsters. 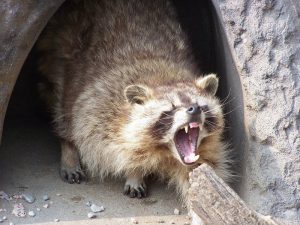 Trying to get Mangy to the vet

Clem C. Clemsen: White Cowbell Oklahoma have just released “Textos Raros Vol. 1: 2001-2011.” It’s a rousing, psychedelic collection of WCO rarities and unreleased gems from their first decade of decadent operation. An album of brand new material is also in production at this very moment! WCO hope to get back on the road in Europe by next spring!

Check out the trippy video for White Cowbell Oklahoma’s “Take Me Down to Mexico.” The song is a secret plea for rescue from the feral raccoon colonies in our walls. Also, BEWARE THE RACCOONS!

THE REPLACEMENTS REVISIT THEIR EARLY DAYS ON SORRY MA, FORGOT TO TAKE OUT THE TRASH DELUXE EDITION