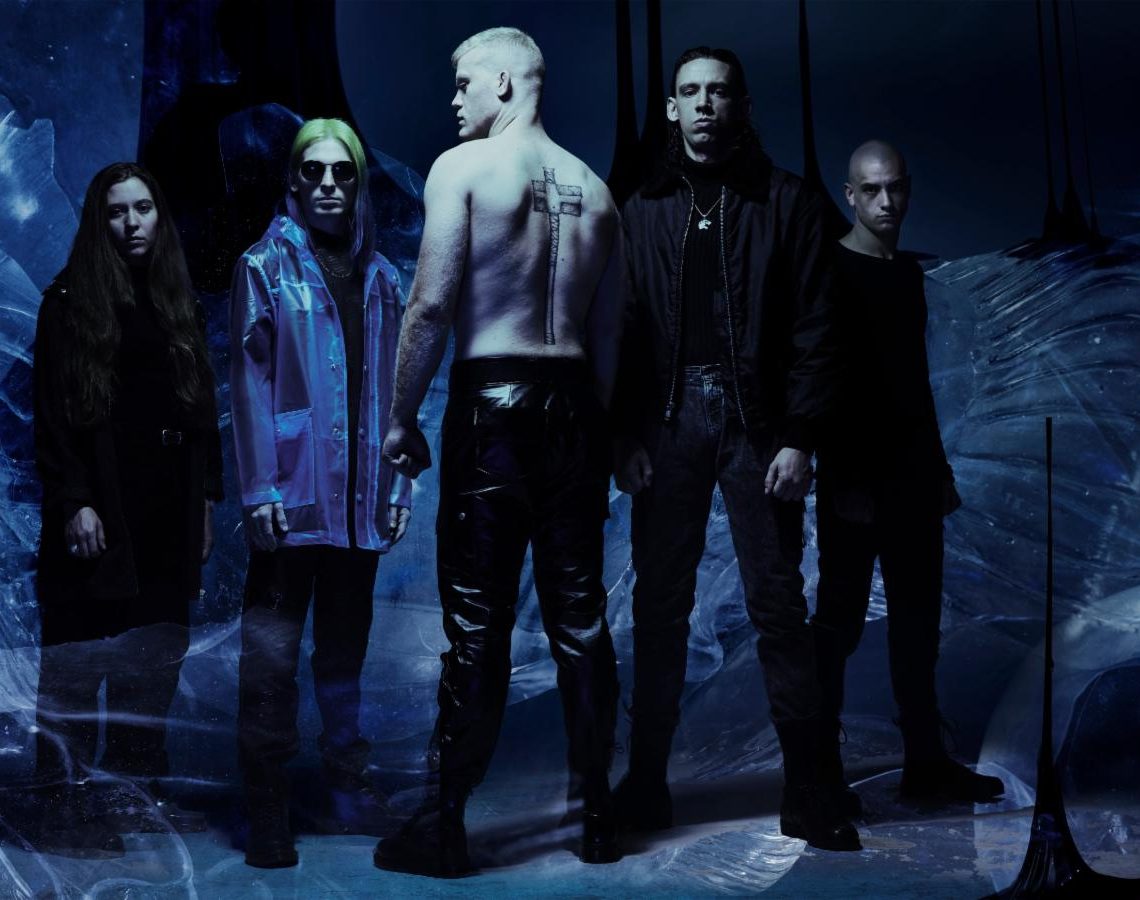 Grammy nominated band CODE ORANGE have announced details of their new LP UNDERNEATH, which will be released on March 13th via Roadrunner Records. UNDERNEATH is heralded by the LP’s title track, offering a glimpse into the reconfigured and urgent compositions of a band at their most ambitious. “Underneath” is also joined by a Max Moore directed music video which is streaming now on the band’s YouTube Channel.

CODE ORANGE’s Jami Morgan declares, “UNDERNEATH is about facing the duality in ourselves as individuals and as a society in an overcrowded, overexposed, all-consuming digital nirvana. Everyone has a voice and no one’s seems to matter… plummet down the rabbit hole of your deepest fears, anxieties, and regrets to confront the monster that has been building underneath.
down.we.go”
“UNDERNEATH” finds CODE ORANGE once again confounding expectations. Rattling drum loops give way to bursts of rage as “UNDERNEATH” transforms into something colossal, daring, and resilient, setting the tone for one of the year’s most exhilarating heavy records.
“UNDERNEATH” is available to pre-order now in bundles and as four limited edition coloured vinyls, each featuring a gatefold jacket with a lenticular cover. Produced by Morgan and Nick Raskulinecz with co-producer Will Yip, “UNDERNEATH” features additional programming from Chris Vrenna, and was mixed by Yip and CODE ORANGE’s own Eric ‘Shade’ Balderose.

Track listing:
1.     (deeperthanbefore)
2.     Swallowing the Rabbit Whole
3.     In Fear
4.     You and You Alone
5.     Who I Am
6.     Cold.Metal.Place
7.     Sulfur Surrounding
8.     The Easy Way
9.     Erasure Scan
10.  Last Ones Left
11.  Autumn and Carbine
12.  Back Inside the Glass
13.  A Sliver
14.  Underneath
In 2017, CODE ORANGE flipped the heavy music world on its head with their breakthrough album FOREVER, a collection that masterfully mixed hardcore aggression with urgent industrial textures, earning the band a breakthrough GRAMMY nomination and top placement on several “Best of 2017” lists including: Rolling Stone’s “20 Best Metal Albums of 2017,” Revolver’s “20 Best Albums of 2017,” and The Independent’s “Top 20 Rock & Metal Albums of 2017.”
This past summer, CODE ORANGE made headlines in the professional wrestling world with the release of “Let Me In,” their official entrance theme for WWE Superstar ‘The Fiend’ Bray Wyatt. CODE ORANGE previously featured at WWE’s NXT TakeOver: Brooklyn III performing a rendition of wrestler Aleister Black’s entrance theme alongside Incendiary’s Brendan Garrone. “Let Me In” followed CODE ORANGE’s 2018 release of THE HURT WILL GO ON, a digital EP featuring “3 Knives” and “The Hunt” Feat. Corey Taylor, as well as “The Hurt Will Go On” (Shade Remix), an official remix of CODE ORANGE’s “Hurt Goes On” helmed by the band’s guitarist and vocalist Shade. More recently CODE ORANGE has collaborated with a wide array of artists, co-producing Injury Reserve’s “HPNGC” Feat. JPEGMAFIA, as well as serving up a pair of remixes for alt-J’s “Hit Me Like That Snare” and “Adeline.”
Comprised of Jami Morgan (Drums / Vocals), Eric ‘Shade’ Balderose (Guitar / Electronics / Vocals), Reba Meyers (Guitar / Vocals), Dominic Landolina (Guitar) and Joe Goldman (Bass), CODE ORANGE are set to perform at an array of festivals this spring including the Coachella Valley Music and Arts Festival in April and Columbus, Ohio’s Sonic Temple Festival in May. Additional tour dates will be announced in the coming weeks. For tickets and more information on upcoming tour dates, visit the band’s official website www.CodeOrangeTOTH.com.
USA Tour Dates:
APR 10 – Indio, CA – Coachella Valley Music and Arts Festival
APR 17 – Indio, CA – Coachella Valley Music and Arts Festival
MAY 2 – Concord, SC – Epicenter Festival
MAY 10 – Daytona Beach, FL – Welcome To Rockville
MAY 17 – Columbus, OH – Sonic Temple Festival
FIND CODE ORANGE ONLINE
http://codeorangetoth.com/
SPOTIFY / APPLE MUSIC / AMAZON