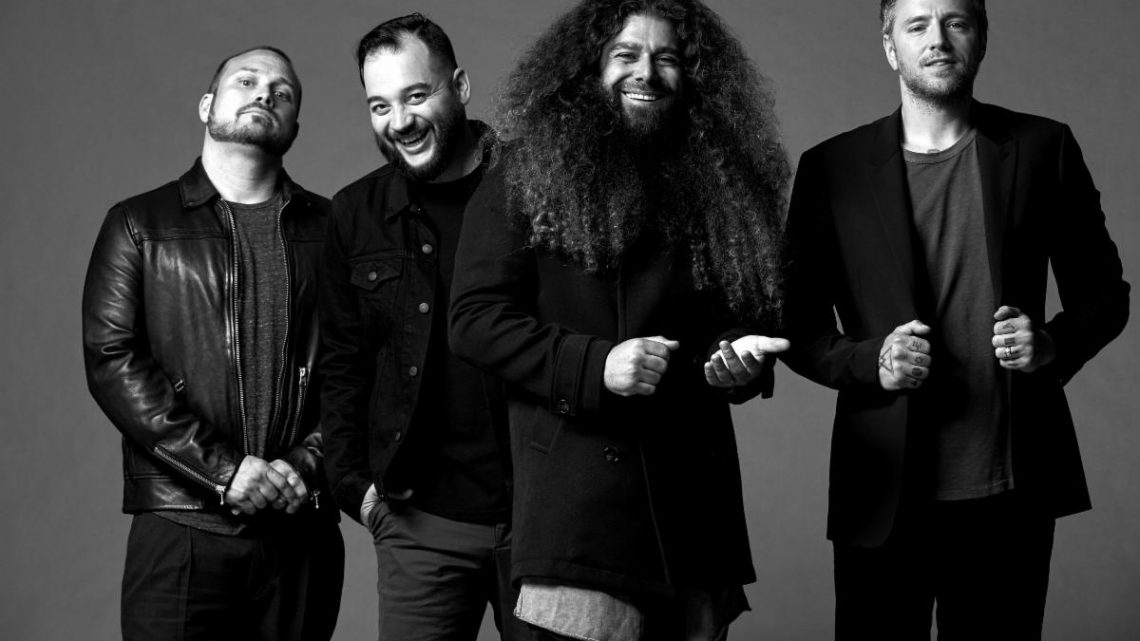 COHEED AND CAMBRIA announce new album out May 27

14th January 2022 0 By John Deaux
Coheed and Cambria have announced details of their widely anticipated new album, Vaxis II: A Window of the Waking Mind [album art & track list below]. The ambitious thirteen track epic was produced by the band’s own Claudio Sanchez and Zakk Cervini, and will be released worldwide on May 27th.
Today the band has launched initial pre-orders for the album on DSPs and for the collection’s deeply immersive Vaxis II: A Window of the Waking Mind Limited Edition Deluxe Box Set.
Vaxis II: A Window of the Waking Mind welcomes us back to “The Amory Wars” as the 2nd installment of the five-part “Vaxis” arc about a couple on the run from tyrannical forces and their mysterious new addition.The album’s limited edition deluxe box set [packaging shot below] includes the exclusive 96-page illustrated hardcover novel “A Window of the Waking Mind” which was developed by Sanchez and written by his wife Chondra Echert with strikingly realistic colour artwork by Chase Stone. The 9” x 12” box set also houses an exclusive Quintillan Speaker Containment Unit Lamp (approx. 8” diameter), a 3-panel fold out poster of expanded album cover art, and the A Window of the Waking Mind Black Card which will allow all card holders early access to tickets and early entry to Coheed and Cambria headline dates. All box sets will also come with a CD copy and download of Vaxis II: A Window of the Waking Mind along with an official Certificate of Authenticity. Furthermore, fans who pre-order the limited edition box set before January 23rd, will receive autographed copies and have their name included within the pages of the accompanying illustrated hardcover novel. For more information onVaxis II: A Window of the Waking Mind Limited Edition Deluxe Box Set, visit www.coheedandcambria.com.
Named one of Revolver’s “Most Anticipated Albums of 2022,” Vaxis II: A Window of the Waking Mind includes the recently released singles “Rise, Naianasha (Cut The Cord)” and “Shoulders,” the latter of which vaulted into the Top 10 at US Active Rock Radio, marking the group’s career highest radio chart position to date. “(It) masterfully pairs heavy metal-infused riffs with sweeping, melodic vocals in a way that only Coheed can,” declared MTV who placed “Shoulders” in their 2021 Favorites round-up. “Coheed and Cambria are back, and they’re heavy as ever,” asserted Billboard, with Guitar World attesting “Coheed and Cambria have come out swinging.” Brooklyn Vegan observed, “It finds the band embracing their love of classic heavy metal riffage, before exploding into the kind of soaring chorus that Coheed have been churning out since day one… they sound pretty damn inspired.”
Coheed and Cambria will celebrate the forthcoming LP with “The Great Destroyer Tour,” a U.S. headline run which will feature support from special guests Sheer Mag. The coast-to-coast trek is set to get underway on February 16th with a sold out show at the legendary Pappy & Harriet’s in Pioneertown, California and will continue through mid-March giving audiences an opportunity to see the band live in intimate clubs across the U.S.. For tickets and more info on the “The Great Destroyer Tour,” visit www.coheedandcambria.com.
For the last 20 years, Coheed and Cambria have continuously broken the mould of what a rock band can be, forging their own path and building a universe around their music unlike any other. Whether it is in the way their genre-spanning approach to songwriting has allowed them to bridge worlds without being contained to one, or the multifaceted story arc of their albums and comic book series which mark the longest running concept story in music, Coheed and Cambria have consistently shaped new standards, never conformed. Comprised of Claudio Sanchez (Vocals / Guitar), Travis Stever (Guitar), Josh Eppard (Drums) and Zach Cooper (Bass) the band has gripped listeners and press around the globe with their visionary compositions and conceptual mastery. In 2018, Coheed and Cambria made a stunning debut with their album Vaxis I: The Unheavenly Creatures, which debuted at #1 on Billboard’s “Hard Rock Albums” chart, Top 15 on the “Billboard 200” chart, #36 in the UK’s Official Albums Chart, and #1 in the UK’s Rock & Metal Albums Chart.
[ALBUM ART + TRACK LIST / BOX SET IMAGE BELOW]
COHEED AND CAMBRIA
VAXIS II: A WINDOW OF THE WAKING MIND