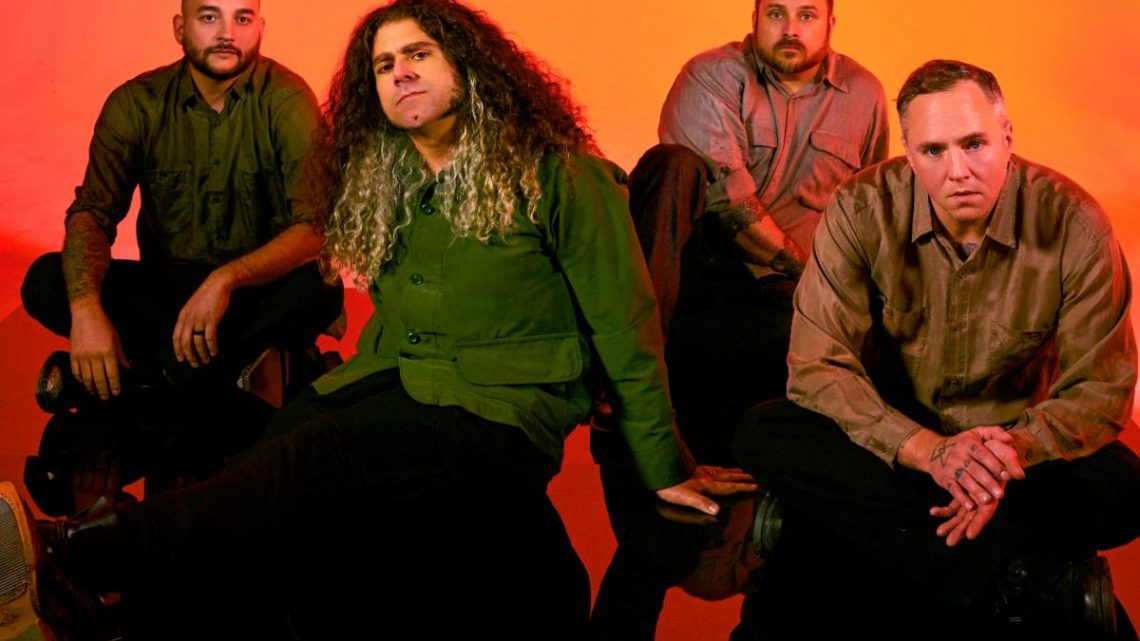 18th May 2022 0 By John Deaux
The music world’s most intriguing storytellers, Coheed and Cambria, have shared “Comatose,” a brand new track off their widely anticipated new album Vaxis II: A Window of the Waking Mind – due out June 24th [album art / tracklisting below]. Available today on all streaming platforms and with a lyric video, “Comatose” finds the band stepping on the gas with the hi-energy joyride of a song, leaning a little into their classic pop-punk side, with modern electronic sounds that give the song extra bounce.
The song is about folding to pressure and wanting to ‘dip out’ when met with a stressful situation. “I don’t want to feel, fuck it, keep me comatose,” goes the song.
Just last month Coheed and Cambria released an acoustic version of their new Top 25 single “The Liars Club,” which finds the band’s vocalist / guitarist Claudio Sanchez peeling back the layers on the anthemic track, reimagining it with sweeping acoustics as he suspends disbelief and immerses listeners into a new reality. Listen to that track here.
The follow up to the US top 10 Active Rock single “Shoulders,” “The Liars Club” is featured on Vaxis II: A Window of the Waking Mind, Coheed and Cambria’s ambitious new thirteen track album which is produced by the band’s own Claudio Sanchez and Zakk Cervini. Pre-orders for the album on DSPs, Vinyl,  and for the collection’s deeply immersive Vaxis II: A Window of the Waking Mind Limited Edition Deluxe Box Set are available now.
This summer Coheed and Cambria will embark on a massive 2022 North American headline tour. Deemed the “A Window of The Waking MindTour,” the run marks the band’s first major headline tour in five years. The upcoming trek will see the band performing at some of the largest venues of their career in major cities across the continent, featuring support from Dance Gavin Dance and Mothica.
An announcement with European tour details is expected very soon.
For tickets and full information on all upcoming tour dates, stay tuned to www.coheedandcambria.com.
Vaxis II: A Window of the Waking Mind welcomes us back to “The Amory Wars” as the 2nd instalment of the new five-part “Vaxis” arc about a couple on the run from tyrannical forces and their mysterious new addition. The album’s limited edition deluxe box set [packaging shot below] includes the exclusive 96-page illustrated hardcover novel “A Window of the Waking Mind” which was developed by Sanchez and written by his wife Chondra Echert with strikingly realistic colour artwork by Chase Stone. The 9” x 12” box set also houses an exclusive Quintillan Speaker Containment Unit Lamp (approx. 8” diameter), a 3-panel fold out poster of expanded album cover art, and the A Window of the Waking Mind Black Card which will allow all card holders early access to tickets and early entry to Coheed and Cambria headline dates. All box sets will also come with a CD copy and download of Vaxis II: A Window of the Waking Mind along with an official Certificate of Authenticity. The box set sold 8000 copies in its first week on sale. For more information on Vaxis II: A Window of the Waking Mind Limited Edition Deluxe Box Set, visit www.coheedandcambria.com.
Vaxis II: A Window of the Waking Mind includes the recently released singles “Rise, Naianasha (Cut The Cord)”, “The Liars Club”, and “Shoulders,” the latter of which vaulted into the Top 10 at Active Rock Radio in the USA, marking the group’s career highest radio chart position to date. “(It) masterfully pairs heavy metal-infused riffs with sweeping, melodic vocals in a way that only Coheed can,” declared MTV who placed “Shoulders” in their 2021 Favorites round-up. “Coheed and Cambria are back, and they’re heavy as ever,” asserted Billboard, with Guitar World attesting “Coheed and Cambria have come out swinging.” Brooklyn Vegan observed, “It finds the band embracing their love of classic heavy metal riffage, before exploding into the kind of soaring chorus that Coheed have been churning out since day one… they sound pretty damn inspired.”
For the last 20 years, Coheed and Cambria have continuously broken the mould of what a rock band can be, forging their own path and building a universe around their music unlike any other. Whether it is in the way their genre-spanning approach to songwriting has allowed them to bridge worlds without being contained to one, or the multifaceted story arc of their albums and comic book series which mark the longest running concept story in music, Coheed and Cambria have consistently shaped new standards, never conformed. Comprised of Claudio Sanchez (Vocals / Guitar), Travis Stever (Guitar), Josh Eppard (Drums) and Zach Cooper (Bass) the band has gripped listeners and press around the globe with their visionary compositions and conceptual mastery. In 2018, Coheed and Cambria made a stunning debut with their album Vaxis I: The Unheavenly Creatures, which debuted at #1 on Billboard’s “Hard Rock Albums” chart, Top 15 on the “Billboard 200” chart, #36 in the UK’s Official Albums Chart, and #1 in the UK’s Rock & Metal Albums Chart. 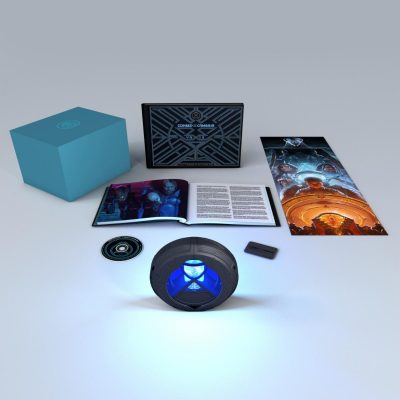 VAXIS II: A WINDOW OF THE WAKING MIND TRACK LISTING