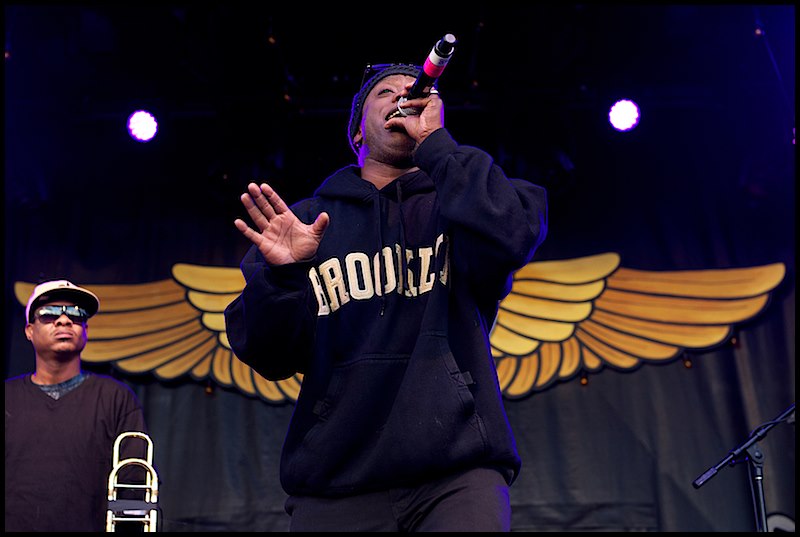 Stevie D feat. Corey Glover, a musical partnership by producer and multi-instrumentalist Stephen DeAcutis aka Stevie D and legendary singer Corey Glover (Living Colour), will release their first album together “Torn From The Pages” in May worldwide through Mighty Music. First single of the record is “Final Resting Place”, expected to drop on March 19th with an official music video.

Watch the EPK below where Corey Glover gives some insight of of the cooperation with Stevie D and the “Torn From The Pages” album. Rumors of live shows have hereby started!

Stevie D comments “I am extremely pleased that Michael H. Andersen and Mighty Music are partnering up with me to deliver this music to ears and hearts of the music appreciating people of the world. This is a very important record for me and it represents a very powerful chapter in my life hence “Torn From The Pages””.

Michael H. Andersen, CEO Mighty Music/Target Group: “Having been a big fan of Corey Glover since discovering Living Colour back in the late 80s, I feel so honoured Stevie D has placed this album in my hands. This is authentic soulful rock with a hard edge and song writing- and producer skills from another dimension”.
Corey Glover about “Torn From The Pages”
Stephen DeAcutis aka “Stevie D” has been working professionally as a guitar player, mixer, producer, multi-instumentalist, engineer, writer, and performer since the early 1980’s, having honed his skills and training under such studio heavyweights as Andy Wallace (Rage Against the Machine, Nirvana), Kevin Shirley (Led Zeppelin, Aerosmith), and Max Norman (Ozzy Osbourne) amassing credits that include such acts as Vanilla Fudge,Vinny Moore, Pat Travers, Carmine and Vinny Appice, Punky Meadows, and Cyndi Lauper to name a few.

His new album, “Torn From The Pages”, features Corey Glover (Living Colour) as lead vocalist. States DeAcutis “This record has been a long time in the making and I am very proud of the outcome and I feel this is some of my best work to date. Corey gave me the goods in his vocal performances and it is a blessing that he has given me his heart, soul and amazing vocal ability’s to represent my music. I am truly blessed”.