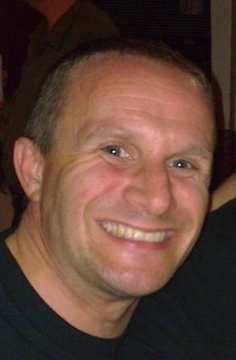 The video consists of four reasonably average looking guys and one very good looking one (singer) in their late teens/early to mid twenties wearing half casual, half stage gear all looking seriously into the camera, you know that look, like someone has just broken their collective XBox.

Hair cuts like ice creams, with more product on them than the average Superdrug, one long haired member (bass player) for retro cred and skinny jeans all round. In some cases the singer can be wearing shorts or even a skirt for the “he’s so crazy” factor. Later in their career he will try and get some press about being a cross dresser but will be exposed as a fraud as he only ever wore skirts on stage and in photo shoots.

They plug their instruments in and off we go, head long into a crushing riff, pounding drums with super fast double kick drums and a ripping solo over the top. Despite looking like they’ve walked off the set of an animated Tim Burton movie things seem to be going well, surprisingly well. I make a mental note to check their name at the end of the video and peruse their stuff.

Then change to slightly above mid tempo verse, rocking groove still darn heavy and the singer comes in, he’s doing a cookie monster type vocal, his delivery is serious and he means it, he’s staring you dead in the eye, his girlfriend has left him and he’s not at all happy about it, you make another mental note, do not fuck with this guy if you ever meet him and definitely don’t get between him and his X Box. If this is what he’s like when his girlfriend has dumped him then lets all hope he gets married soon and stays married.

Things are still rocking along reasonably well and then comes the chorus. There seems to be something wrong. Another band seem to have gone into the studio and recorded over these boys raging, angst ridden chorus of heartbreak and pain with a total cop out, pop style, saccharin sweet, harmony laden, ball less disaster of Nickleback proportions! I look closer refusing to believe that this is the same band that showed such promise, it is and what is more they’re all at it! The once gnarly singer is now barely holding back the tears as he wails into his mic and your face. The two guitarists and bass player are all doing back up vocals and would appear to have all split up with said girlfriend too (don’t tell the singer). The screen is awash with sickly sweet melodies and hormones, this is just a blatant cash grab of a chorus, it’s horrible.

Then we’re into a heavy as hell break down and I’m back onside again, I like this but I’m suspicious of these chaps now, they got my hopes up earlier I back off a little. Verse again and then boom! There it is again, that atrocity of a chorus, this is pop music.

Needless to say the boys soldier on but I am none to impressed, the mid section is like something out of the movie Footloose and anyone who is writing choruses like that is aiming for the corporate rock arena market. What I once thought was a promising metal band is merely a boy band with guitars, a sheep in wolfs clothing. A Frankenstein’s monster of a band pieced together like a jigsaw to tick all the rebellious teen boxes and make some metal money. An abomination.

After 4 minutes (tween single length) the song fades out (they were too lazy to write an ending) and their name is displayed at the bottom of the screen. I make a note of it, a few minutes ago it was to check out their other stuff, now it’s imprinted on my brain so I never make the mistake of listening to this homogenised, soulless, mall rat rubbish ever again. In four minutes I’ve gone from almost fan to hater. Now that is an achievement.

The next video starts and I’ve checked my negativity at the door and am keen and eager to see what new band are going to wow me next. Camera pans into a room where four reasonably average looking guys and one very good looking one (singer) in their late teens/early to mid twenties…………

I’m off to listen to some Slayer!

Pamela Moore – Resurrect Me
Manegarm – Legions of the North