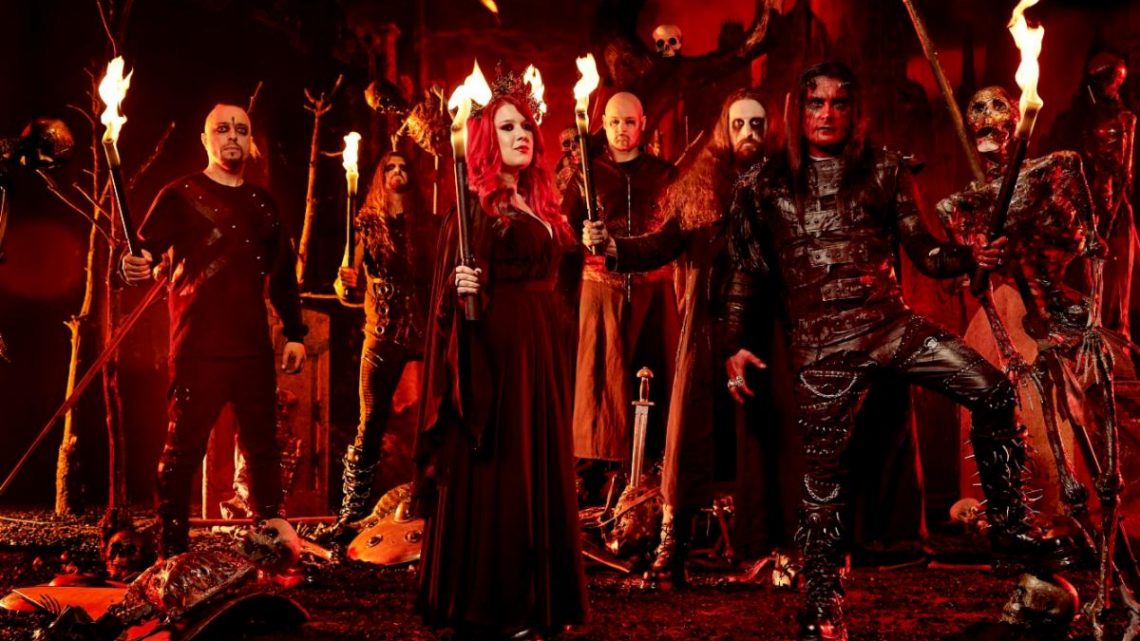 Suffolk hellhounds Cradle Of Filth are proud to announce that something fiendish is brewing. The vile six-piece will be appearing at one of London’s iconic venues, The Roundhouse, on Sunday 31st October aka All Hallows’ Eve for a very special album release show.

The evening’s proceedings will comprise a wicked set of fan-favourites and new songs alike, taken from their highly anticipated forthcoming record, Existence Is Futile, out 22nd October. Supports to be announced in due course. The preparatory conjurations have begun and the blood oath is settled – make sure you don’t miss out, because this event is set to be a night that we’ll never forget! 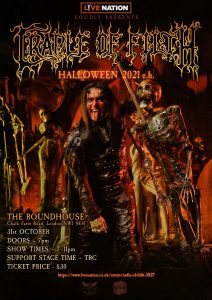 Lord of all things diabolical, Cradle Of Filth‘s front-man Dani Filth stated:
“An iconic venue, an iconic setlist, All Hallows’ Eve in London… six highly strung extreme metal musicians. What could possibly go wrong?! Seriously though, this is going to be a worthy return to the capitol after pre-Covid’s London 2019 Palladium bash; another auspicious night swathed in mist and full production. So come now Children of the Beast, this Halloween, Sunday 31st October, to our musical séance to raise the dead from their graves. Hot ghoulfriends invited!”