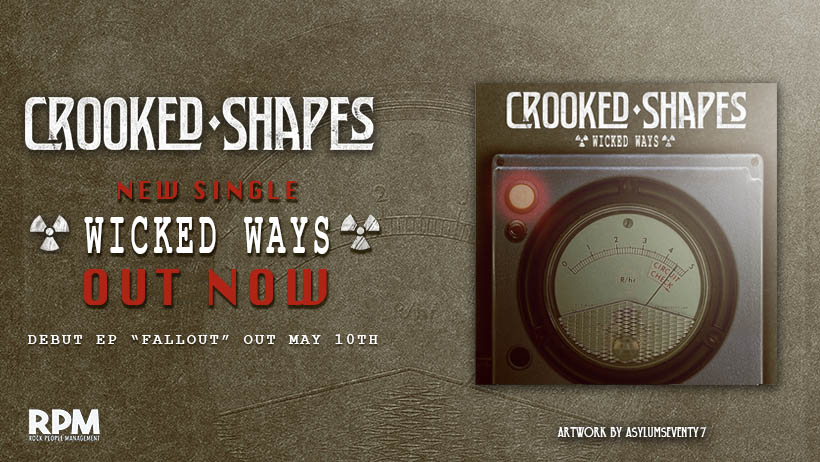 1st February 2019 0 By John Deaux
Crooked Shapes are a groovy blues rock band based in Reading, Berkshire consisting of George Twydell (Vocals & Guitar), George Ives (Vocals & Bass) and Craig Carlaw (Drums). The trio have been friends for 10 years and playing in bands together for almost as long, sharing the stage at some killer festivals such as Rocklahoma 2016 and Hard Rock Hell 2017, as well as warming the boards for the likes of Lita Ford and LA Guns in 2016.
Crooked Shapes was born of a perfect storm in early 2018.  Undeterred, they spent much of 2018 working on new songs, new skills and new sounds, ready to launch with a bang in 2019.
Their fighting spirit and commitment to rock n roll is evident in debut single “Wicked Ways” which lands Feb 1st and is a theme echoed throughout debut EP “Fallout” due May 10th.
Here’s what drummer Craig has to say about the release:
“Come the release day of the Fallout EP, it won’t just be a release of 5 tracks from another “new young band on the block.” It’ll be a celebration of five songs that have summed up our story as a band up to this point.
These songs collectively give our fans a piece of our heart and serve as a benchmark for what’s to come.
If we had to pick a song that combines all the musical angles of the Crooked Shapes sound Wicked Ways is the one… it has a blues influence and thumping chorus, we are really excited about finally unleashing this.”
Catch the show live, loud and crooked across the UK very soon! 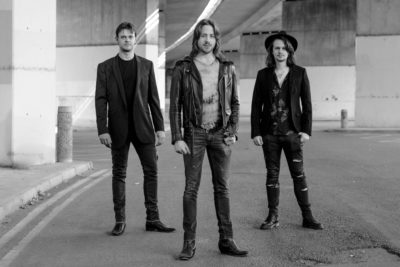