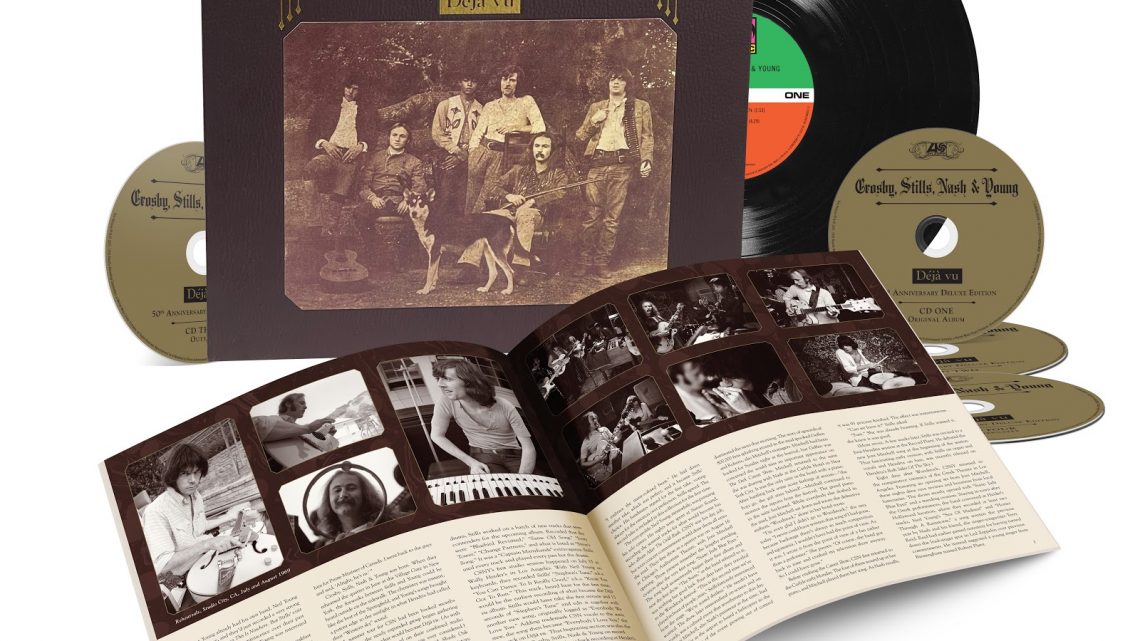 Both Will Be Released On May 14 From Rhino

Crosby, Stills, Nash & Young’s Déjà Vu was the most-anticipated new album in America in 1970. More than 50 years later, it’s one of the most famous albums in rock history with legendary songs, including “Carry On” and “Teach Your Children,” that still resonate today.

Rhino will honour the intense creative journey that led to this milestone album with an expansive 4-CD/1-LP collection that includes a pristine version of the original album on both 180-gram vinyl and CD, plus hours of rare and unreleased studio recordings that provide incredible insight into the making of the record. The previously unreleased demo for “Birds” that was recorded during the sessions is available today on all digital download and streaming services. Click HERE to listen now.

DÉJÀ VU: 50TH ANNIVERSARY DELUXE EDITION will be available from Rhino on May 14. Presented in a 12 x 12 hardcover book, the collection comes illustrated with rarely seen photos from the era and annotated by writer/filmmaker Cameron Crowe, whose revealing liner notes recount the making of the album through stories told by the people who were there, including David Crosby, Stephen Stills, Graham Nash, and Neil Young. On the same day, a deluxe vinyl version will also be available with the full content across 5 LPs of 180-gram vinyl. The deluxe vinyl version is available for pre-order now exclusively at CSNY50.com and ThisIsDig.com. The music will also be available on digital download and streaming services and in high-resolution audio at www.neilyoungarchives.com. Customers that purchase any version of the release at CSNY50.com will receive a high-resolution download version as well.

Crowe recalls in the liner notes that “Déjà Vu caught the zeitgeist perfectly” and “might just be the legendary band’s most accurate portrait of their fiery individualism.” Of this new Deluxe Edition, Crowe opines: “50 years later, with the sonic aperture fully opened, it’s a wide-screen look at the big picture of Déjà Vu, with more music, including a batch of surprises, unseen photos, and a lot more clarity.”

On the new anniversary edition, the album’s original 10 tracks are joined by 38 more to add nearly two-and-a-half hours of music that includes demos, outtakes, and alternate takes – most of which are previously unreleased. Among them is “Know You Got To Run,” the first song the quartet recorded during its first session on July 15 at the house Stills was renting from Peter Tork in Studio City.

Other unreleased highlights include the demo for Crosby’s “Almost Cut My Hair”; Stills’ outtake for “Bluebird Revisited”; and Young’s alternate version of “Helpless” featuring harmonica. Also making its debut on the set is a delightful version of “Our House” that features Nash singing with the song’s inspiration, Joni Mitchell. 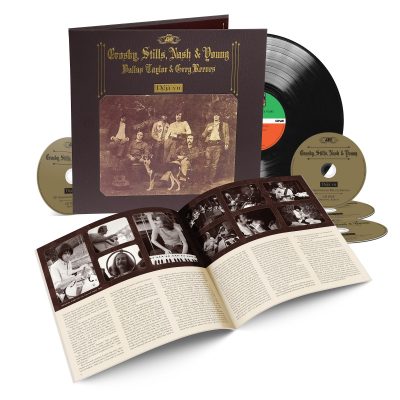 “Everybody I Love You”

“So Begins The Task/Hold On Tight” – Stephen Stills *

“Right Between The Eyes” – Graham Nash

“Horses Through A Rainstorm” – Graham Nash

“Know You Got To Run” – Stephen Stills *

“She Can’t Handle It” – Stephen Stills *

“Horses Through A Rainstorm”

“Everybody I Love You”